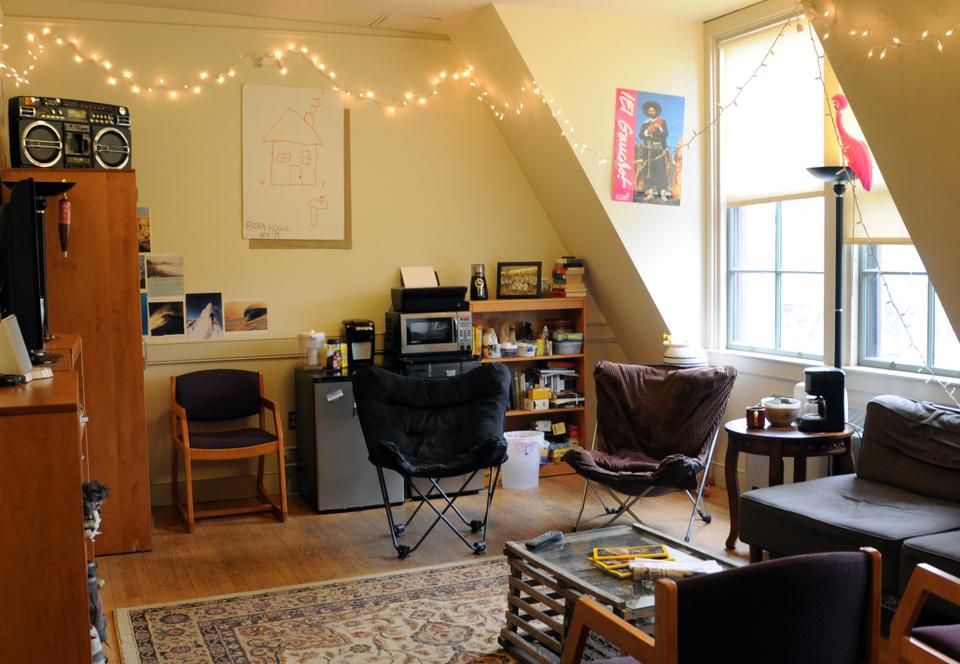 For most Harvard students, dorm and house life make up a large part of the undergraduate experience. Freshmen are required to live on-campus, and very few sophomores, juniors, and seniors choose to live off-campus…but the reasons are there.

During the 2012-13 school year, only 120 students lived off-campus in non-University housing. Students interviewed by The Crimson cited a variety of reasons for their choice—some wanted more independence, others wanted to be able to cook for themselves, and one wanted the freedom to drill holes in a wall in order to set up a hammock. Other concerns included noisy neighbors and suffocating on-campus culture.

Being surrounded by people you know is not always wonderful. Seeing the same people every day can result in a friend group made up of weak bonds only kept alive by the occasional wave and nod of the head. Sam Mendez, a senior at Harvard, remarked: “I dislike being surrounded by so many acquaintances. I feel it can inundate me and become an obstacle in the way of forming tighter bonds.”

However, on-campus life is largely a matter of choice. There are no penalties for not attending any of the hundreds of events one gets emailed about. You can go to one intramural soccer game, all of them, or none of them. Some never eat in the dining hall while others can be found there every hour of the day.

Despite the worries voiced above, more than 97 percent of Harvard students live on campus. It is not hard to see why on-campus housing is so popular—few want to be away from the action. Many of the events that make up Harvard’s social and academic life are engineered around the housing system, including seasonal formal dances and student-faculty dinners.