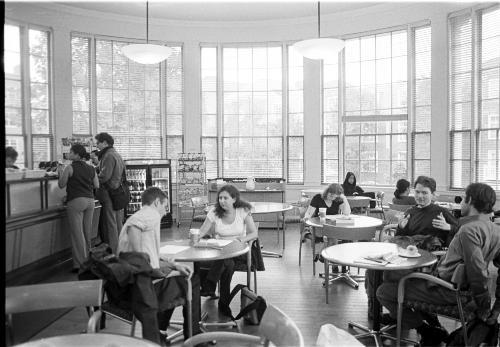 Management of the Rotunda Cafe in the Barker Center reverted to Harvard University Dining Services (HUDS) control early this fall, following C’est Bon’s decision to close all of its campus locations.

C’est Bon left the Barker Center, as well as two other cafe locations in William James Hall and Boylston Hall.

In response to C’est Bon’s departure, the Faculty of Arts and Sciences asked HUDS to take over cafe operations in the Barker Center, William James Hall and the Divinity School, where another cafe left over the summer.

“We haven’t heard anything about plans to move in there,” said Alex McNitt, director of marketing and communication for HUDS.

C’est Bon’s owner, George Sarkis, said that the decision to close his Harvard locations was not a result of the opening of the business’s new convenience store on Massachusetts Avenue, but was something that he had been contemplating for some time.

“It wasn’t easy,” Sarkis said of the complications of transporting food to the different locations. “If they run out of cookies, we have to take some cookies over, [and] if they run out of sandwiches” the main Mass. Ave. cafe faces the same problem, he said.

In addition, with the Harvard locations only open about 250 days a year, C’est Bon was not making sufficient profits, Sarkis said.

The Barker cafe’s change to HUDS management means that Harvard students can now use their Board Plus credit in the Rotunda Cafe, and HUDS has included a new selection of salads and sandwiches which have been popular, according to McNitt.

Miki-Sophia J. D. Cloud ’04 said she liked the new Board Plus option, though she said the Boylston cafe seemed to be lacking a certain C’est Bon intangible.

“I find [the Board Plus option] highly stimulating,” she said, “but I miss the falafel-esque quality that is C’est Bon.”