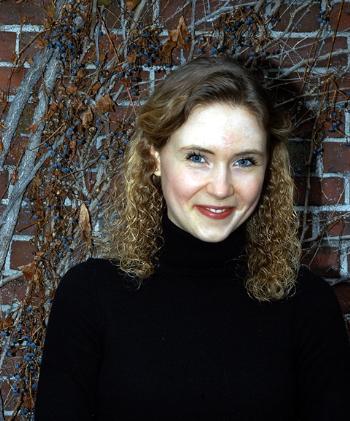 The decision to pursue Advanced Standing isn’t an easy one—it often ultimately boils down to a choice between spending another
By Kristi L. Jobson

The decision to pursue Advanced Standing isn’t an easy one—it often ultimately boils down to a choice between spending another year with college friends or leaving to get a head start on post-grad plans.

Gretchen Passe ’04 has found a way to do both.

A first-year Harvard law student this fall instead of a college senior, Passe also doubles as the Lowell House Manager, coordinating Lowell’s weekly house teas, guest events and high tables. Her position allows her to continue to live in her old House, one entryway over from her blockmates.

Passe scored her sweet position in part because of her friendship with Lowell’s former House manager. Passe befriended the manager, a Paris chef, while still an undergrad. The two traded recipes and hosting tips, and he suggested Passe apply for the house manager position after he left.

In addition to her law school coursework, Passe works with florists, caterers, housekeepers, waitstaff, groundspeople and student helpers to uphold Lowell’s tradition as one of Harvard’s most refined Houses.

“I love being able to create teas and parties that provide Lowellians with at least a moment of escape from the demanding academic and extracurricular stresses of Harvard,” she says.  “We want Lowell to be a magical, comforting place.”

Lowell House Master Diana L. Eck says the House ordinarily requires that prospective tutors take a two or three year hiatus from House life after they graduate. However, Passe is an exception because she is not a tutor in the usual sense of the term.

“We have always had a live-in House manager who lives on the third floor of the masters’ residence and keeps an eye on the overall management of the first floor of the House and the community activities we have there,” says Eck. She explains, “We think hospitality is an important part of community building among students and faculty, and [Passe] is part of our household hospitality.”

Passe’s newfound skills should serve her well in her intended future career in international diplomacy. For now, however, she’s just happy making bread pudding for the undergrads who attend the weekly master’s teas.

“It’s such an escape for a full-time law student,” she says of her job. “What could be more fun?”