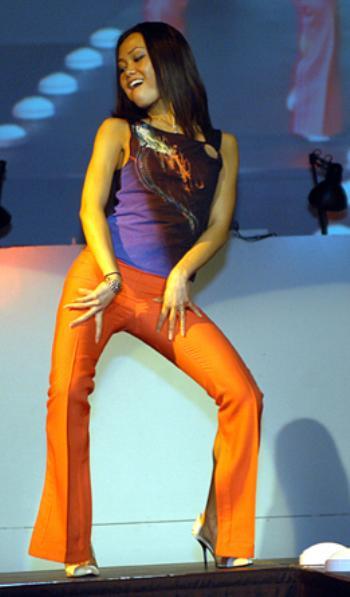 Proceeds from Friday’s event, run by Women in Color (WINC), will benefit a memorial fund dedicated to the memory of Marian H. Smith ’04, a Winthrop House resident who died last December in an apparent suicide.

An anthropology concentrator and the product of an upbringing that spanned continents and cultures, Smith was known for her international interests, her warmth and her remarkable sense of style.

“She just dressed really well. She was one of the best dressed people on campus,” remembered Marek W. Troszcynski van Genderen ’04 from Poland, who came to the event to support his roommate, Mehmet Onol, who is from Turkey.

The memorial fund underwrites travel grants for undergraduates who, like Smith, harbor interests in travel and anthropology research. Fashion show organizers could not be reached last night to comment on how much money the event raised for the fund.

Tiffany Chantra ’04, co-producer of Haute fashion show, said that the event aimed to raise the profile of WINC—and of fashion at Harvard.

“WINC is a new organization and we wanted to establish ourselves,” she said. “No one does anything about fashion at Harvard.”

According to the event’s program, grants from the Undergraduate Council helped underwrite the show.

Haute was preceded by a panel about fashion careers.

The show, which started off with Madonna’s “Vogue,” featured student-models showing some skin while grooving and grinding to hip hop beats.

Nick Miller ’03-’04, a Haute model who sported an unbuttoned white shirt, said he felt quite comfortable walking and dancing down the runway—even though he doesn’t have much experience.

“It felt good. It’s a little bit of shock,” he said. “Then you see a couple of people around you, you start dancing.”

Fashion show participants were cheered on by friends and parents. Alex Banay of Concord, Mass., said she was both excited and proud to see her daughter, Rachel F. Banay ’07, on the runway. She praised the student-model’s performance.

“Rachel was already in a couple of shows in her other school,” Alex Banay said. “She is in no way a model, other than being gorgeous, of course.”

Angie J. Thebaud ’04, Smith’s friend and roommate, said she didn’t expect to be a model in the show.

“The show I got in because I thought I’d design,” she said. “Besides, it’s a great cause and a cool concept.”