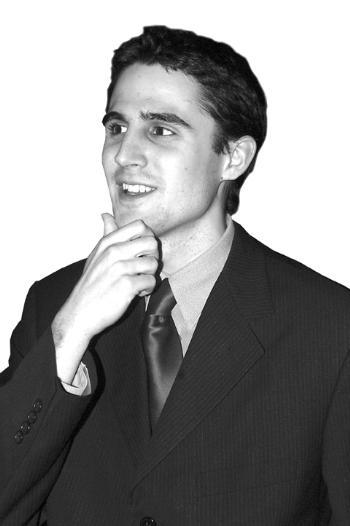 Partying in villas on weekends, hanging out with the Green Bay Packers, and checking out Playboy Playmates certainly sounds like
By Jannie S. Tsuei

Partying in villas on weekends, hanging out with the Green Bay Packers, and checking out Playboy Playmates certainly sounds like the good life.

These activities were a part of Paul F. Niehaus’s regular life in Jamaica, but though Niehaus went there at the end of sophomore year to get away from the grind of academic life, he didn’t let his mind rot from lack of use. While living on one of the largest farms on the island, Niehaus kept the books and advised the owners on investment decisions, weighing in on issues such as whether or not to stay in cattle or eggs. And though he was living the high life, Niehaus never forgot the main reason he was in Jamaica: to see first-hand economic conditions he hopes to alleviate.

The same desire to help the impoverished informs Niehaus’s extracurricular choices here at Harvard. Since freshman year, he has been involved in the Philips Brooks House Association’s Housing Opportunities Program (HOP), which provides loans for low-income families in the Boston area. When Niehaus first joined HOP, it had “no money, no real vision,” but now the organization has enough cash for two years’ operating budget and promises from big donors.

“I don’t need emotional stories to motivate people to help more people…It’s just so self-evident to me,” Niehaus says. But the stories still resonate. Gesturing toward the snow flurries outside the window of the Bow St. Dunkin’ Donuts, Niehaus says, “You can make a difference between people with two kids being on the street and being in an apartment.”

The applied math and economics concentrator who hopes to get a Ph.D in economics brings his academic interest and knowledge to bear on HOP. “When he was taking Ec 1011 sophomore year, instead of going to class he would wake up and work on a paper he was doing independently, modeling HOP,” says Kofi A. Kumi ’04, Niehaus’s roommate of three years. Kumi marvels at Niehaus’s abilities, noting that “he went to the second day, the midterm, the final—and still pulled off an A where most struggle to get a B.”

Niehaus gets excited talking about his independent study, an attempt to implement a village banking model in a Vietnamese refugee community in the Boston neighborhood of Dorchester.

“It’s better than writing a thesis,” he says. “Me and my professor, we go to the playground, his kid plays, and we talk about economics.”

Despite the Phi Beta Kappa member’s academic prowess, his friends say that he does not flaunt his intellect. “That’s the really cool thing—you can hang out with him and not know that he’s really smart; he hides it really well,” says Michael S. Goggin ’04, Niehaus’s roommate from freshman year.

Indeed, Niehaus’s friends agree that he’s very “chill.” When asked what his most fun memory of Niehaus from freshman year is, Goggin chuckles, “Memories of a lot of fun things are a little hazy.” Niehaus admits that he partied hard freshman year, describing the Pennypacker parties as “off the hook” and recounting the late-night incident when he yelled “Who’s your number one customer?” at the Hong Kong receptionist, resulting in a six-month ban.

After the realization that “Harvard is just not a party school,” Niehaus decided to focus on appreciating the opportunities for intellectual engagement. He does not eschew partying altogether, however. Here two summers ago, he recalls, “I’d wake up with a quarter-inch of beer across my floor—I have pictures of us funneling beer with a security guard, but I can’t tell you anything more, because I don’t want him to lose his job.”