A New Approach To Iraq 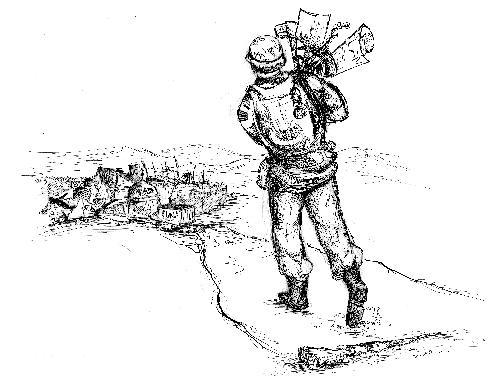 Almost 40 years ago, thousands of college students across America faced a grim prospect upon graduation—the Vietnam War. Today, while there is no draft, your future and America’s future once again has a cloud hanging over it—the war in Iraq.

We began this war without allies, without evidence of an imminent threat, and without a strategy for success. The Bush administration told us that we would be greeted as liberators. But instead, we were greeted with firefights and terrorist attacks. And today, more than 400 brave men and women have paid the price.

Quite simply, the Bush administration did not realize that after the invasion, we would need to restore order and create a sense of legitimacy. The problem is that we couldn’t turn to the very allies that we did not consult on the path to war. And the U.N. was unwilling to invest in Iraq’s future without having a greater say in that future.

The bottom line is that President Bush’s “You’re with us or against us” approach has failed and he has yet to offer up an alternative to take its place. While I commend President Bush for visiting Baghdad over Thanksgiving, he needs to offer our troops more than turkey and stuffing. We need a success strategy to win the war and bring home our troops. President Bush doesn’t have one. I do.

First, we must end the American monopoly. That means restoring the broken relationships with our allies. When I was Supreme Allied Commander in Europe, I acquired extensive experience negotiating with our NATO allies. To succeed, the political administration of Iraq should be put in the hands of the international community, so that all nations will start to help.

Second, we need to find the right mix of forces. Iraqi and allied forces must take over the more routine tasks like border patrol, so that U.S. forces can focus on running an agile, intelligence-driven campaign to root out the remnants of Saddam’s regime. And we need the help of Iraq’s neighbors to close the borders to the jihadists pouring into Iraq.

Third, my plan will give the Iraqis a greater stake, and a greater say, in their own future. The White House says that there can be no Iraqi government until there is a new constitution. It is a good thing our Founding Fathers didn’t have to follow that rule. A constitution can, and will, emerge as the political life of the country takes shape, just as it did for America in the 1780s. We need an interim Iraqi government now.

We must always ensure that our armed forces retain every advantage over any potential adversary. And we must continue to modernize our military to prepare for future threats. But unless we give our armed forces a strategy for success, they cannot do their job. Our president says we need to “stay the course” in Iraq. I disagree. I think we need to change course. We need a president who does more than talk about success. We need a president with a plan to achieve it. I do not just say this; I have done it. In the war in Kosovo we achieved our goals without the loss of a single American soldier. That is the kind of leadership I will bring to all the problems our nation faces.

Wesley K. Clark is former Supreme Allied Commander of the North Atlantic Treaty Organization and a candidate for U.S. president. He will be appearing at “Conversations with the Candidates” in Kirkland House at 4:30 p.m. and on “Hardball” at the Institute of Politics at 6 p.m. this evening.