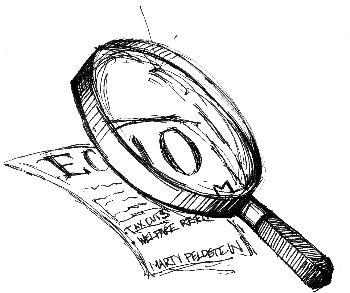 Harvard students have known for nearly two decades that Ec10 is flagrantly biased. Disgruntled students have even gone so far as to organize Students for a Humane and Responsible Economics (SHARE). It is a blotch on the University’s academic record that it has allowed Baker Professor of Economics Martin S. Feldstein ’61, since he began teaching the class in 1984, to use Harvard’s only introductory economics course as a forum to vent his personal views. Given students growing frustration, and the current review of the Core Curriculum, the administration must reform Ec10.

Even the national media is catching on. In a Dec. 1 profile of Professor Feldstein, the New York Times recognized that Ec10 is hardly neutral in its readings or its lectures. The article reports that over the last two decades, thousands of Harvard undergraduates have received a decidedly anti-tax, free-market-leaning introduction to economics. Professor Juliet Schor, an Economics professor from Boston College, was recently invited by students to speak at Philips Brooks House on the ideologically limited nature of Feldstein’s course. Schor, who actually used to teach a section of Ec10, said that she had encountered students complaining about this for years. Schor said that the complaints go back to the 1980s when Feldstein purged liberal ideas and readings from the curriculum and made his lectures a venue for his own views.

This clearly is an affront to Harvard’s rigorous academic standards. By excluding ideas and perspectives which do not match his own, Prof. Feldstein has failed to equip students with the full knowledge they need in order to understand a host of contemporary issues. By presenting a one-sided view of the discipline, he also risks putting off many students who would otherwise have pursued further studies in economics.

But, what is most shameful is Professor Feldstein’s intellectual dishonesty. Suppressing the critical examination of alternative ideas is unbecoming of a Harvard professor, and should not be tolerated. Unfortunately, the administration has tolerated this state of affairs for nearly twenty years.

It seems as though change from above is impossible. But widespread student dissatsfaction has compelled the economics department to act before. Last semester, Department Chair Oliver Hart removed Ec1010a professor and Lecturer of Economics Robert H. Neugeboren ’81, after receiving a little more than a dozen student complaints that the he was disorganized and confusing. Hart should at least consider changes to Ec10, given that nearly two decades of student discontent has now culminated in the formation of a sizable organized group of students seeking reform. A biased professor is no better than a confusing professor; both impart a distorted view of the subject matter.

However, nothing will happen unless students speak up. Which they are beginning to do. Professor Schor, who has come to campus to speak about Ec10 more than once, noted at her most recent appearance that the crowd present was the biggest she had seen yet. Since then, SHARE has been meeting regularly to discuss how to reform Ec10. All students who have taken or are presently taking the course should contact Hart with their concerns about Ec10, reply to Dean Gross’ call for feedback on the Core Curriculum, or join in SHARE’s efforts. At this critical moment, when heightened attention is being focused on Professor Feldstein’s class, students have an opportunity to raise Ec10 to Harvard’s academic standards. Make sure your voice is heard.