Dean of College to leave post after almost eight years 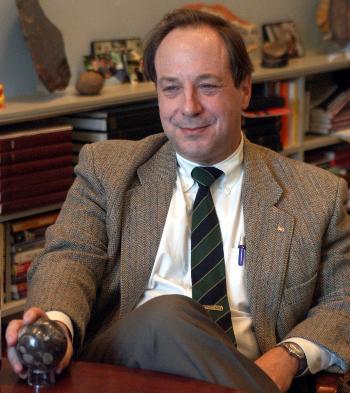 Dean of the College HARRY R. LEWIS ’68 sits in his office. Lewis has been forced from his position and will be stepping down in June. His removal will also mark the restructuring of the College’s administration.
By The CRIMSON Staff

Dean of the College Harry R. Lewis ’68 has been forced from his post after almost eight years in charge of non-academic undergraduate life at Harvard.

While Dean of the Faculty William C. Kirby announced yesterday that Lewis will step down at the end of this academic year as part of an effort to reorganize the College’s administration, Lewis said the move comes as a surprise.

“I learned in the past two weeks that the dean of the Faculty had decided to reorganize,” Lewis said. “That was unexpected.”

“I had hoped to stay until the quadricentennial [2036], but things don’t work out as you hope,” Lewis quipped.

“This possibility has been studied for a number of years,” Kirby said in an interview yesterday. “This change will try to address the artificial separation of our support of the academic and non-academic lives of our students.”

“We will be consulting broadly with students, faculty and staff as we proceed,” Kirby said in a press release.

Kirby said the potential reorganization has been on his mind since shortly after he arrived as dean last summer.

But his plan to act on the idea was not public knowledge until yesterday.

Robert P. Kirshner, Quincy House master and a member of the Faculty Council, said he only heard of Lewis’ impending departure Sunday night.

“There was no hint that he was going to be leaving,” Kirshner said.

Department chairs were informed of the restructuring this morning.

The move, Kirby said, makes sense in the context of the ongoing review of the undergraduate curriculum.

A committee headed by Executive Dean of the Faculty of Arts and Sciences Nancy Maull will hammer out the details of the merger of Gross and Lewis’ offices.

Gross, who was appointed by Kirby just last summer, said today that he will remain as a leader of the ongoing curricular review. He said he is unsure whether he will assume a new combined deanship.

Lewis, on the other hand, is out.

He said that he has some thinking to do about his future, but that he will continue teaching next fall—now with the title of Harvard College Professor.

“Dean Lewis has done a great deal for the College during his deanship,” he said.

While professors hesitated to criticize the move, staffers under Lewis said they were dismayed and even upset.

“I just think that this is very sad news for the College and for the interests of students,” Dean of Freshmen Elizabeth Studley Nathans said. “Dean Lewis has made immense contributions and important contributions and it’s always very sad when someone who has done as much as he has leaves a position.”

“I was really shocked to hear the news and found it to be rather upsetting,” Assistant Dean of the College Karen E. Avery ’87 said. “I think he’s been an absolutely terrific dean and a terrific boss, and I was sorry to hear this was the direction that Harvard College was going in.”

While the idea of combining the offices of the dean of the College and dean of undergraduate education may have merit, Avery said, “there was a better way to roll it out and pursue it than what has been done.”

The suggestion for a reorganization is an old one in fact, and one with a somewhat unexpected supporter.

Prior to being appointed dean, Lewis co-authored a controversial “Report on the Structure of Harvard College.” Among suggestions about nearly every aspect of the College, the report lays out three possible administrative hierarchies, including one he and Maull called the Single-Faculty-Dean Structure.

While Kirby said yesterday that many details of the proposed structure have yet to be worked out, his description closely matched Lewis’ original proposal.

“The faculty Dean of Harvard College would be a close adviser to the Dean of the Faculty of Arts and Sciences, and a key member of the Academic Deans, to be consulted on all matters regarding undergraduate education,” the 1994 report said.

Lewis declined to comment on the merits of Kirby’s move yesterday.

Kirby said that he hopes to complete the reorganization by the end of the semester.