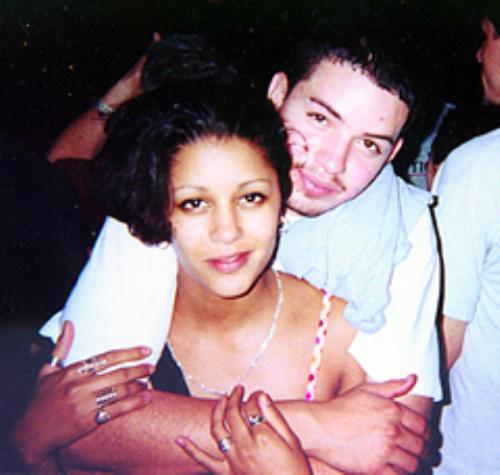 Michael D. Colono was content to spend an afternoon sitting on a blanket with his 3-year-old daughter Jade, watching Monsters, Inc. or other movies he bought for her, his older brother recalls.

The 18-year-old Cambridgeport resident died in the early morning hours of April 12 after he was allegedly stabbed by Alexander Pring-Wilson in front of Pizza Ring on Western Avenue.

Pring-Wilson, a second-year student at the Harvard Center for Russian and Eurasian Studies, has said publicly that he acted in self-defense after an altercation took place.

But Colono’s family and friends say he was not the type to start a fight, and they believe the media has unfairly focused on his previous history of trouble with the law.

They paint a different picture of “Mizz” as a popular and fun-loving friend who overcame a troubled childhood and was devoted to creating a better future with his daughter and girlfriend.

“He was just a positive person,” says Marcus Colono, his 25-year-old brother. “He kept his head up when times were rough.”

“He was goofy, but he could be serious,” says Rosaleah Brown, a friend since middle school. “He was really fun, a person you’d want to hang out with.”

Within the Colono’s two-floor apartment in Riverside, family photographs line the narrow stairwell that leads to Michael Colono’s upstairs bedroom.

Surrounded by flowers from last week’s wake, Marcus Colono sits in his brother’s old bedroom and talks about a young man who loved the Red Sox and video games but placed more of a priority on his family and his background.

Colono was the youngest of five children born to Gabriel and Ada Colono, Puerto Rican immigrants who came to Cambridge to start their family.

Colono’s father worked at the Necco factory in East Cambridge.

All five Colono children still live in Cambridge, and the family gets together often.

Recently, the Colonos went bowling and out for pizza on a family outing.

“My mother won,” Marcus Colono says. “We were all happy.”

Although he was born and bred in Cambridge, he was proud of his heritage. Two Puerto Rican flags hang on the wall of his third-floor bedroom while one rests folded on a table next to his bed.

The curtains and bedspread are the same shade of deep blue, a lava lamp sits on a table and a photograph of his daughter at age one hangs over his bed.

By the window sits a television set that Colono saved money to buy. Marcus Colono says his brother was a “Blockbuster buff” and spent a lot of time at home playing video games. As a child, Colono played Little League baseball and remained a Red Sox fan throughout adolescence.

“He was always excited...he had a lot of energy. He was awesome,” Marcus Colono says.

Colono sympathized with people who shared similar circumstances, often donating clothes he had outgrown to homeless shelters, his brother recalls.

“When you’re poor it’s even more of a struggle,” Marcus Colono says. “He rose above that.... Being poor does make you strong.”

Teachers at Graham and Parks Elementary School recall Colono as a popular and well-behaved student who strove to overcome learning disabilities.

“He was a very well-liked kid by everybody,” says Steven Barkin, his math teacher in seventh and eighth grade. “After many years you start forgetting the kids, forgetting their names. Michael I didn’t forget. He made a big impression on me.”

Barkin recalls that he and Colono had a good rapport and used to tease each other, and says Colono would see him during lunch for extra help with math.

“Learning wasn’t the easiest thing for him, but he worked hard,” says fifth grade teacher Michael S.K. Mitchell. “He was never disrespectful to any adult in the school.”

Leonard J. Solo, who was the principal at Graham and Parks when Colono and his siblings were students, says the school worked closely with the family to try to help Colono.

“He had a really hard family life in some ways,” Solo says. “They were a very strict, very loving family, but the kids...got into a lot of trouble on the street.”

Solo says he believes Colono’s parents were “somewhat confused” about how to best support their family and that he and the school’s parent coordinator visited the Colonos’ home on several occasions to offer assistance.

“Various teachers and people put a lot of energy, a lot of time, a lot of support into Michael,” he says. “Yet we always saw that he could sort of go either way in his life. He would be a really good kid, yet we saw that there was something in him that was pulling him the other way.”

But Solo says Colono was a “sweet, sincere kid” who tried to do the right thing.

“He was somebody who really understood that we were trying really hard to help him and to support him,” Solo says.

Marcus Colono agrees that his brother struggled in school but says he never got upset about it.

“Like everyone else, he was always challenged by his classes,” Marcus Colono says. “He didn’t stress too much and [teachers] always helped him out. He never had a problem with the school system.”

Colono continued to receive support during high school at Cambridge Rindge and Latin School (CRLS) through the Challenge Prep program.

Bill F. Timmins, a teacher in the program, says the goal is to help a small group of students who are behind in credits, have frequent absences and would benefit from a less traditional setting.

“We try to get kids back, and if they can’t get back, we assist them in some way to get them into another kind of educational or training program,” Timmins says.

Colono spent a year in Challenge Prep because of attendance issues, and Timmins says he worked hard and “always had a smile on his face.”

After his long-time girlfriend Cindy Guzman gave birth to their daughter, Jade, in 2000, Colono dropped out of high school to work, later earning a GED.

Marcus Colono says his brother felt it was important to support his family, but his decision to leave CRLS wasn’t solely because of his daughter.

Colono had worked as a cook at the Tavern on the Charles restaurant at the Days Inn in Brighton, Mass. for several months, and his brother says he hoped to become a carpenter.

“He was focused on trying to be a good father,” Timmins says. “He was very loyal to his girlfriend.”

‘His Pride and Joy’

Friends and family say Colono adored his daughter and that fatherhood changed him.

“He was like every other teenager. He went to school because he had to, but when his daughter was born he did what he had to do,” friend and neighbor Sheryl Nicolas says. “He just completely changed. He said, ‘I can’t hang out now, I have to go be with Jade right now.’”

Marcus Colono says that the child was at their home several days each week.

“He loved his daughter. That was his pride and joy,” Nicolas says.

Colono was also devoted to his girlfriend, who he had been dating since middle school. They had planned to get married.

“A lot of young relationships don’t work out, but they stuck together,” Marcus Colono says. “He was the type of guy who would prefer to spend the night with his girlfriend than with his guy friends. If he had to choose it would be with her.”

Roughly a year after the birth of his daughter, Colono got into trouble with the law, including an arrest for possession of crack cocaine with intent to distribute.

But his brother says the criminal record “represents a poverty-stricken teenage father” and emphasizes that Colono never had a history of carrying a weapon.

“I think people in the real world will read about Michael Colono and relate to that,” his brother says. “As a young father, it’s a struggle.”

In July 2001 Colono was arrested for trespassing, and two months later he was arrested for possession of 16 small bags of crack cocaine with intent to distribute, as well as the destruction of property.

He pled guilty to those charges and was given a two-year jail sentence—although the sentence was suspended for three years and never served.

In November 2001 Colono was admitted to the Brighton Treatment Center in Boston, a residential program that provides counseling and education.

Though friends say he sought help voluntarily, the Department of Youth Services refers young people to the center, according to Nancy Pappas, a representative of the organization that oversees the program.

Pappas could not disclose the circumstances under which Colono came to be in the center, but says he “completed the program successfully” and was discharged to his home in February 2002.

“There were no follow-up incidents that we know of,” Pappas says, but court records show Colono tested positive for opiates in May 2002.

Although the center is not specifically for substance abuse, Nicolas says that Colono decided to go because he wanted to clean up his life.

“[It] wasn’t about him being addicted, it was him saying he didn’t want to do it anymore,” says Nicolas. “Around our neighborhood if you hang out with certain people it becomes a custom...He just wanted to get away from the environment for a short period to see if he could do it.”

Those close to Colono criticize the media for focusing too much on his criminal record and contrasting it with Pring-Wilson’s accomplishments.

“I know he went through a lot of drama. Out of all that drama he became a really better person, and he grew up so much,” Brown says. “I guess Harvard has a stereotype of being prestigious smart people, but people slip up.”

Mitchell, Colono’s fifth grade teacher, agrees that the Harvard connection has changed the way the media has reported on the story.

“It just doesn’t ring true,” Mitchell says of the media’s portrayal of Pring-Wilson. “‘He’s a Harvard student, he’s so nice, Michael’s a kid, look at him, he had a police record.’ They’re playing that old game.”

Family and friends say they doubt Colono started the fight that led to his death.

Not only would such behavior be unlike Colono, but also Pring-Wilson was both larger than Colono and “heavily intoxicated” at the time, they say.

“[Pring-Wilson] provoked the fight. This was not self defense,” Marcus Colono says. “[Colono had] reasons to live. If there was a way to avoid it, Michael would have played his part.”

Now the family says they want Pring-Wilson to be held accountable for Colono’s death.

The fact that the accused killer is a Harvard graduate student shouldn’t matter, Marcus Colono says.

“Justice was a big word that was used the day [of the funeral]. Justice for me is you do the crime, you do the time, regardless of financial and social position,” he says.

While Pring-Wilson awaits trial in jail after a judge decided last Friday to deny bail, Colono’s family and friends are mourning the loss of the young father.

At a wake held last week at the A.J. Spears Funeral Home, many friends, relatives and community members came to pay tribute, including Cambridge Mayor Michael A. Sullivan.

“There were tons and tons of high school kids just crying,” Nicolas says. “Everyone was sharing their feelings. It was a sad place.”

Marcus Colono says it’s hard to tell what 3-year-old Jade can tell about her father’s death.

—Hera A. Abbasi and Andrew M. Sadowski contributed to the reporting of this story.