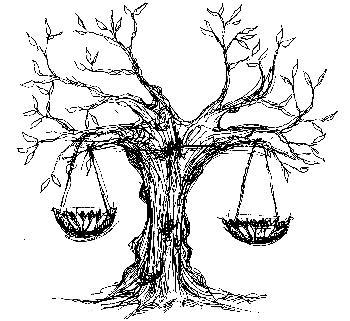 Many might think of environmental law as an obscure topic, the sort of thing only an obsessive, specialized fringe cares about. If Harvard Law School (HLS) has a barely-existent program in environmental law, who really cares? After all, there’s always corporate law to turn to.

But a petition delivered to the law school administration and faculty last week shows beyond doubt that improving HLS’ sub-standard environmental law program is much more than a pet cause of enviros. Signed by 350 law students, the petition is a vital plea for rapid improvements in Harvard’s long-suffering environmental law curriculum, and the administration must heed its call.

Of course, even the limited attention HLS will pay environmental law next year with course offerings and visiting professors is a big improvement over years past. For HLS, seven classes in environmental law is quite a lot. The administration deserves some thanks, then, for its most recent efforts—and even more goes out to the tirelessly committed students who have kept the issue on the radar for years.

But that’s just the problem. Though HLS has known about the problem for years, very little has changed today. Five years ago, I was told by many administration officials that environmental law was a top priority. By now, they then promised, HLS would have a budding program in environmental law and the faculty to lead it. I don’t doubt these leaders’ sincerity. But Harvard’s failure to deliver speaks for itself.

All of Harvard’s law students deserve the opportunity to learn about environmental policy at HLS. These students don’t support any particular uniform agenda on the environment—indeed, many of the petition’s signers are arch-conservatives.

Environmental law is intimately tied to fields as widely-drawn as economics, industry, development and social justice. In today’s world, where every corporate real-estate transaction or merger requires due diligence to environmental law, HLS’ lack of resources is unacceptable.

HLS’ poor environmental law program affects the entire law school community, too, even if it doesn’t notice. Every year, many capable, talented potential students avoid HLS simply because its program in this area is so weak. By avoiding the cutting edge of modern law, HLS is only hurting itself in the long run.

With a fantastic new dean, Elena Kagan, arriving at HLS this summer, the opportunity is ripe for addressing this longstanding weakness. It is critical that Harvard’s leadership recognize the broad coalition of students that wants a better environmental law program to be a top priority. Dean-Designate Kagan should turn the law school’s long-stated intent into action—and do so as soon as possible. HLS is already a rewarding place to study and explore so many fields of law. Let’s not ignore this exciting, important area any longer.

Christopher T. Giovinazzo is a second-year law student at Harvard Law School (HLS). He was involved in organizing the HLS petition regarding environmental law.