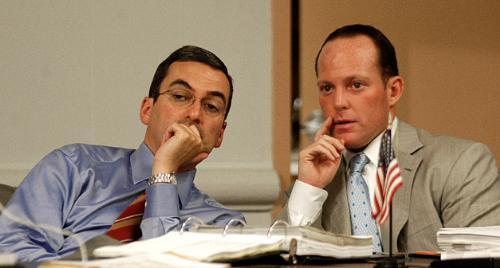 The Cambridge City Council turned up the heat on the City Manager at their summer meeting earlier this week, calling for renewed action to address the recent crime wave in the neighborhoods along the Charles River.

With campaigning for the November elections already underway, the Council took on two other hotbed issues at the meeting—the Harvard-focused rezoning of the Riverside neighborhood and the controversial effort by the Massachusetts Bay Transportation Authority (MBTA) to sell the air rights above the Porter Square railroad tracks to a housing developer.

Residents have been calling for action since a series of violent crimes—including a stabbing in Harvard Square in May and three shootings in the span of one week in June—struck the city at the beginning of the summer.

Two of the shootings took place in the Riverside neighborhood. And the adjacent Cambridgeport area saw 11 street robberies and six cases of aggravated assault from May to mid-July, according to a report from the Cambridge Police Department (CPD) presented at the council meeting.

The Riverside Neighborhood Association (RNA) met on July 22 to address the crime in their area, and RNA president Lawrence Adkins told the city council on Monday that the residents want to go beyond discussion and look for concrete solutions.

“We want to move forward into the action area,” he said during the public comment period, eliciting applause from residents who were in attendance.

In an at times heated exchange, City Councillor Kenneth E. Reeves ’72 pressed Healy on what steps had been taken in Cambridgeport and whether it would be feasible to have foot patrols in Riverside.

He said the community was impatient for progress.

“With the $25 million police department they have, they want to know, may they have foot patrols?” Reeves said.

Healy said the city had not been able to provide around-the-clock patrols in Cambridgeport, but added that he could not speak more about the issue without consulting Police Commissioner Ronnie Watson.

Reeves and other councillors questioned why Watson was not present to discuss the police report.

“I’m very disappointed that the police commissioner is not here,” said Councillor Anthony D. Galluccio. “It puts you and us in a very difficult position.”

Watson wrote to The Crimson in an e-mail that he was unable to attend the meeting, but planned to come to council meetings in the future.

According to Watson, the police use foot patrols in Riverside in combination with officers in cars and on bicycles.

“The manager and I have had a discussion, but not in depth in reference to the request for additional foot patrol,” he wrote. “We will review the request and we will attend the fall council meetings to have the public discussion over this issue.”

Several councillors said the city’s community policing initiative, which seeks to build ties and communication between officers and neighborhood residents, is not enough to make people feel safe.

“Community policing is wonderful,” said Councillor E. Denise Simmons. “It does not take the place of the security that people feel when they see officers in their neighborhood.”

Healy emphasized that the police were working to respond to the crimes and said 12 arrests had been made in connection with the Cambridgeport armed robberies.

But Reeves challenged the significance of this number, saying he preferred to know the number of convictions instead. He referred to a recent incident in which the police mistakenly arrested someone who had the same first name as the suspect in one of the Riverside shootings.

Councillors also asked Healy to fill the open spots on the Police Review and Advisory Board (PRAB), a civilian group that investigates complaints that individuals bring against the police department.

“I don’t know why they would be empty this long unless we’re going to eliminate that board,” said Councillor Marjorie C. Decker, adding that she thinks the board is important and should continue to exist.

Healy said he hopes to have the positions filled after Labor Day, adding that it takes time to find representatives from the five different districts of the city, as required under the ordinance that created the board.

The PRAB currently has a single member who represents Riverside and Cambridgeport. Healy will be looking to fill spots from North Cambridge, West Cambridge, East Cambridge and Mid-Cambridge.

Zoning on the Horizon

Councillors discussed another hotbed issue centering on the Riverside neighborhood—the comprehensive rezoning slated for a vote this fall.

Two proposals have been submitted to the council—the so-called “Carlson petition,” which was developed by neighborhood leaders, and a revised version submitted by the city’s planning board, who called the Carlson petition “too punitive” to Harvard.

The most controversial parts of the rezoning focus on several parcels of Harvard-owned land in Riverside, including the site on Memorial Drive currently occupied by Mahoney’s Garden Center.

Both petitions would significantly reduce the building heights allowed on that site, and Harvard officials have said either one would make it infeasible for them to carry out their plan to construct graduate student housing on that site.

The Ordinance Committee, the arm of the city council that considers zoning, held a public hearing last week in which residents spoke overwhelmingly in favor of the Carlson petition.

The committee voted to send both petitions on to the full council, and they must be voted on by Oct. 28.

Councillor David P. Maher, co-chair of the Ordinance Committee, told the council he expected the petitions to be on the agenda for the first meeting in September.

During the public comment period, several residents urged councillors to pass the petition, saying it represented the wishes of the neighborhood.

“I urge you to listen to their distress after years of trying to do better,” said Laura B. Roberts ’74, a Cambridge resident who does not live in Riverside but came to support the Carlson petition.

Wrong Side of the Tracks

The council also discussed the controversial push by the MBTA to sell the air rights over the commuter rail station in Porter Square.

The MBTA is now considering two bids—one from Lesley University and one from Oak Tree Developers—both of which would involve the construction of housing above the train tracks.

But Lesley’s bid is only about half of the $4 million minimum set by the MBTA, and Oak Tree’s bid included several conditions that did not meet the MBTA’s requirements.

According to Lesley’s Vice President for University Relations Paul Karoff, the MBTA could choose to negotiate with one of the bidders, or reject both proposals and start the process again.

“It’s unknown what direction they will take at this point,” Karoff said, adding that he expected an announcement soon but did not know of a specific timetable.

“My concern is that nobody, neither officials nor neighborhood people, have had any input into what might go there,” she said. “For me personally, the fact that it went to bid for housing made it a little less egregious only because that’s what we need more than anything.”

At their Monday meeting, the city council passed an order calling for the MBTA to delay its announcement of the winning bid to allow time for community discussion.

But members said the order was just a formality, since the MBTA had pushed back its original announcement date of Aug. 6 because both bids did not meet the requirements.

All Eyes on Allston

The city manager also gave the council a report on Harvard’s expansion plans into Allston and the impact it could have on Cambridge. The council referred the report to the University Relations Committee.

In June, Boston Mayor Thomas M. Menino presented a report on the community benefits—including housing, open space and a neighborhood square—which Allston residents hope to receive from Harvard when the University builds its planned new campus in the area.

According to the letter Healy distributed to the council, Cambridge’s Community Development Department will meet with people from the Boston Redevelopment Authority to talk about Harvard’s plans for Allston.

Councillors said it was important to remain informed about plans for Allston, since the plans would affect Harvard’s building projects in Cambridge and the traffic between the two sides of the river.

“What happens in Allston is a critical part of what happens in Cambridge,” said Councillor Brian P. Murphy ’86-’87. “The two are absolutely, inextricably linked.”

The meeting, which lasted over five hours, was the only council meeting for the summer. The next meeting will be on Sept. 8.