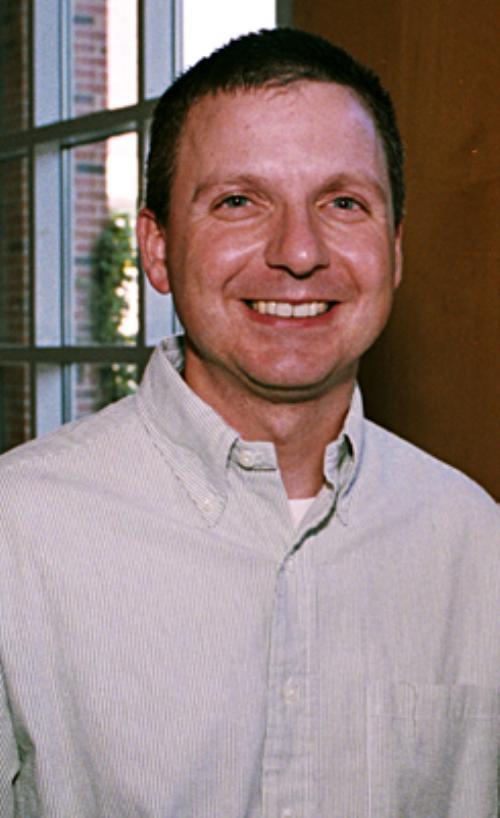 Mr. Veneziano brought stability and dedication to a position that had seven occupants in the 14 years before he arrived. In addition to his position as the head of media relations, Veneziano served as the information director for football, men’s basketball, men’s crew, skiing and others.

As a last service to Harvard, he will serve on a search committee made up of administrators and coaches and headed by Assistant Athletic Director for External Relations Steve Staples that will select a replacement. The deadline for applications was yesterday.

Veneziano leaves Cambridge to take a position at H.O. Zimman of Lynn, a company that produces programs for sporting events. He will be the editor in charge of the Super Bowl and Pro Bowl programs, and will assist on other projects like the U.S. Open Tennis Program.

“It’s a terrific opportunity,” said Jamie Weir, assistant director of Sports Media Relations. “As a friend I’m thrilled for him, but as a co-worker I’m obviously sorry to see him go.”

And the new position, according to Weir, plays to Veneziano’s strengths as both a writer and an editor.

“My passions in this job are writing and editing,” he said, adding that he was looking forward to searching out respected national writers to contribute to his programs.

Handling programs for the NFL is unusual; they are usually produced in-house, but H.O. Zimman won a two-year contract when the job was put out for a bid earlier this year.

And it is largely through Harvard that Veneziano was offered the job as editor. H.O. Zimman produces the Harvard Football News, and has had a close relationship with Venziano over the years.

A Chance That Didn’t Go Up in Smoke

Such was not the case in 1989, when Veneziano first applied at Harvard for the position of Director of Sports Media Relations. He graduated from Boston University in 1986, and spent two and a half years working his way up from intern to assistant director in the Terriers’ Sports Media Relations department.

He had an interview scheduled at Harvard for a Thursday morning, but a surprise accident got in the way of that interview. Veneziano’s apartment—along Comm. Ave. at the time—burned down on Wednesday night, forcing him to move into the Howard Johnson’s Hotel in Kenmore Square carrying the few possessions that did not go up in flames.

He called over to the Athletic Department, told his story, and asked if he could postpone his interview.

His request was granted, although strong emphasis was made that the Athletic Department wanted to fill the position in a hurry.

The very next morning Veneziano had his interview, his clothes still smelling quite strongly of smoke.

And soon thereafter was given the position of Director of Sports Media Relations.

“I think they just felt bad for me,” he recalls laughingly.

Whether sympathy played any role in his hiring is 14 successful and hard-working years behind Veneziano.

And that sympathy couldn’t have extended for eight years. In 1997, the Athletic Department promoted Veneziano, formalizing his position in charge of media relations as an Assistant Athletic Director.

The move was largely symbolic but it did recognize Veneziano’s success in promoting and representing Crimson athletics for better part of a decade.

The opportunity to focus on his passions and to write and edit major publications like the Super Bowl program was only one of the reasons behind Veneziano’s departure. The primary reason, he said, was a desire to spend more time with his family; he has two young children, Mattie and Ryan, that he doesn’t want to miss playing youth soccer.

In his role as an editor for H.O. Zimman, Veneziano will be able to keep regular business hours and will have weekends free to watch soccer to his heart’s content. But his job as a sports information director created anything but normal hours, often working 14-hour Saturdays and an additional eight hours on Sunday, all tacked onto the end of a “normal” work week. The job of a director of sports media relations is one for a young person, Veneziano said.

But if desire to spend time with his family was one of the driving forces behind his decision to leave, a feeling of family is what kept him in Cambridge for 14 long years. “Harvard Athletics is more of a family than a department,” he said. “Harvard is Division I athletics at its finest.”

Freely admitting that when he took the job in 1989 that he felt sure he’d move on to a major Division I football or basketball school in three years, Veneziano said he came to fall in love with Harvard sports and its mix of academics with athletics and the variety of teams the University fielded—at 41 the most in Division I.

In his role on the search committee, both in looking at applications and in interviews, Veneziano said he was searching for a “willingness to embrace what Harvard stands for [academics and athletics].” That, he said, is as important for the job as enthusiasm and time to commit.

“You need an egalitarian approach to sports,” he continued. “We take as much pride in all our sports as we do in ones like football and hockey.”

Pride in all Harvard’s athletes and all her sports is something Veneziano never lacked, according to men’s basketball coach Frank Sullivan.

“Rain or shine, John has been a terrific ambassador for our players and coaches [on the basketball team],” he said. “And I sense he’s been that way in all Harvard athletics.”

Sullivan said that Veneziano’s departure was a loss for the department, a statement Athletic Director Bob Scalise echoed.

“The whole Athletic Department has bittersweet feelings about John’s decision to leave. We are sad to lose a talented and dedicated staff member, but are happy for John and his family to have this wonderful opportunity.

“John’s impact on this department and his loyalty to Harvard athletics will continue, and we hope he will come and visit the press box often,” Scalise concluded.

Given his love for Harvard athletics, it may not be unusual to find John Veneziano visiting the Crimson press box—just probably not on Saturdays for a while.