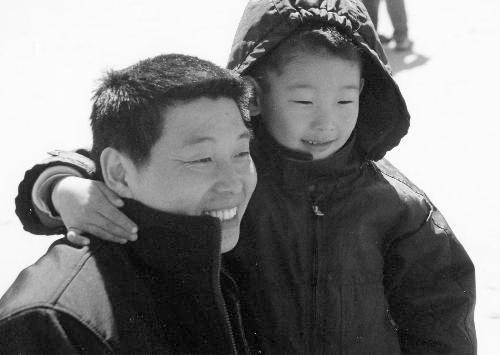 Fifteen months of detention in Beijing peaked Monday as Yang Jianli, a pro-democracy activist based in Cambridge, was put on trial by Chinese authorities for espionage and visa violations.

The trial began at 9:30 a.m., according to a family lawyer. Two and a half hours later, Yang’s day in court was over—but the Kennedy School of Government (KSG) graduate remains imprisoned, and a verdict is not expected for at least a month.

Yang was seized in April 2002 while attempting to board an airplane after he entered China with another person’s passport. He was held for more than a year without being formally charged with any crime and without any contact with the outside world. Last month, he was charged shortly after being allowed to see his lawyer for the first time.

Yang’s trial was closed to public observers on the grounds that it concerned state secrets, said Jared Genser, a family lawyer and KSG classmate of Yang’s. In addition, Genser said, the judge confiscated all evidence at the trial’s close and forbade Yang’s Chinese lawyer, Mo Shaoping, from disclosing any information about the day’s events to the public—including the text or contents of an extensive statement reportedly delivered by Yang at his trial. If he violated this order, Genser said Mo could have been arrested himself.

He added that it was unusual for the judge to have allowed Yang to finish his defense uninterrupted—but said the confiscation of the evidence was also remarkable. Genser said apparently contradictory actions like these—which he attributed to possible internal divides within the ruling party—have characterized the Chinese government’s treatment of Yang since his capture.

“I can’t say they act with what we can perceive as a great deal of thought or intention,” he said. “By holding him incommunicado for 14 months and putting him on trial for espionage they have turned him into a cause celebre who will come out of China as a hero when he’s eventually released.”

Daniel McGlinchey—a foreign policy aide to Rep. Barney Frank ’61, D-Mass., who has played a prominent role in Washington’s push to free Yang—said he thought the behavior of the Chinese government could only be explained by a fundamental inability to understand Yang’s work for democracy.

“It must be that to Chinese authorities, the notion that a man could love his country and his fellow countrymen so much that he would risk his own comfort and safety to return to his homeland so baffles them that they assume instead that there’s some secret threat at hand and there’s something wrong,” McGlinchey said.

Genser said that it was hard to predict whether Yang’s ordeal of uncertainty would in fact be ended by a verdict within the four to six weeks dictated by Chinese statutes.

“Our hope is that they’ll follow their own law,” he said. “Unfortunately, sometimes in these cases they’ve waited two years.”

And he said he found it hard to be optimistic about what will happen when the verdict is finally released, citing grim statistics regarding espionage trials.

“The conviction rate is close to 100 percent,” he said. “Mo Shaoping, though a courageous lawyer, has never won a case before. The odds don’t look very good.”

McGlinchey said that a guilty verdict would only lead Yang’s supporters in Washington to redouble their efforts on his behalf.

“This will be over, and we will finally let up, only when Yang Jianli is at home with his wife and his children,” he said.

With Yang’s trial comes a critical opportunity to bring stronger political pressure to bear on the Chinese government, Genser said.

“Yang Jianli is a key test for [Chinese President] Hu Jintao,” he said.

Recent calls to release Yang have included resolutions from the House of Representatives, the Senate and the United Nations, as well as continual appeals from the U.S. Department of State.

In a press briefing on Monday, Deputy State Department Spokesman Philip T. Reeker reiterated that the Department was “concerned over this case, over the lengthy pre-trial detention and some other procedural irregularities in the case.”

Genser said that the time has now come for higher intervention on Yang’s behalf.

“At this point what we really need is for the case to be elevated to the White House to be raised with the Chinese,” he said.

Genser said he plans to work with members of Congress to convince President George W. Bush to make a strong statement for the freedom of Yang, who is a Chinese citizen. But he said that at a delicate time for U.S.-China relations, when much of Washington sees collaboration on issues such as the North Korean nuclear program as essential, he was not convinced that such a statement would come easily.

“With all the rhetoric about the great cooperation between the People’s Republic of China and the U.S., we’re afraid that Yang and pro-democracy activists will be forgotten,” he said.

But McGlinchey was confident that U.S. and international pressure for Yang’s release would not subside any time soon.

“There’s pressure from all quarters in a way I haven’t seen in my recent memory,” he said. “And that pressure isn’t going to go away. Things don’t get this kind of pressure and fade away, and I think that the sooner the Chinese government recognizes this the better.”

Whether Bush steps in on Yang’s behalf or not, Genser said, the resolution of Yang’s trial will be very significant for China’s status in the free world.

“The Chinese government knows that it’s under scrutiny in terms of how this case is being handled,” he said. “The Chinese government has claimed that there is a new generation of leadership in China now, and that it will be more open, [but] so far, we see no evidence that any change has taken place in the Chinese government’s attitude towards people freely expressing their point of view.”And McGlinchey said a not-guilty verdict could have major implications for China in the world’s eyes.

“It would be an impressive commentary on the state of the rule of law in China if an individual could be charged with a crime, given a trial where evidence is marshalled and weighed, and then found innocent,” he said.