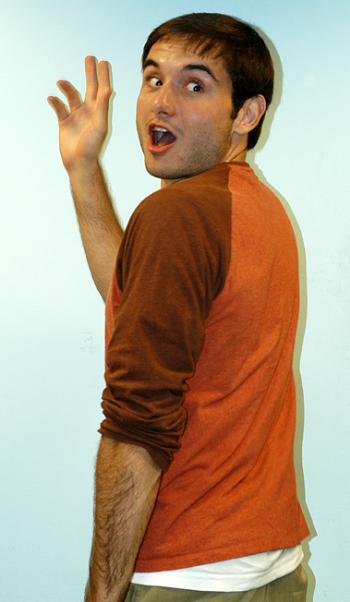 In all of cold and lonely Harvard there is perhaps no moment colder and lonelier than the unreciprocated hello. It
By P.l. Hopkins

In all of cold and lonely Harvard there is perhaps no moment colder and lonelier than the unreciprocated hello.  It begins innocently enough, as you catch sight of an acquaintance making their way toward a chance passing with you outside the Science Center or in the Yard. Eagerly, you ready yourself with a friendly “hey,” “what’s up,” or even “yo” to remind them that a bond based solely on awkward pleasantries can withstand the test of time, or at least a summer. But, alas, fate has dealt a harsh blow to your once cordial relationship—this former member of the elite group that merits your “fly-by hi” doesn’t register even a glimmer of recognition as you pass by. Not only do they not know who you are, they seem not to even hear or see you. Has early Alzheimer’s set in? Have they unexpectedly inherited a European dukedom that has placed them above mundane social conventions? Or, are they just afraid you might not say hi back? In any case, Jay Z perhaps put it most aptly when he said, “you do not exist to [them], so vamoose, son of a bitch.”

We at FM believe the unreciprocated hello is a social scourge, but one that can be overcome. As such, I, Peter L. Hopkins, have been enlisted to promote campus civility by ensuring that no hello goes unanswered. Yes, I will reciprocate every “hello,” “Hi Pete!” or similar salutation that I receive without reservation and will periodically update FM readers on my progress.

Well, I will reciprocate everyone’s hello except for those of my former Moral Reasoning TF, who described my final paper as “morally bankrupt” and “morbidly lifeless, much like [his] dead grandmother.” There will be no hellos for you…ever.

For everyone else: “hey, how’s it going?”