Students Turn To Drugs To Study 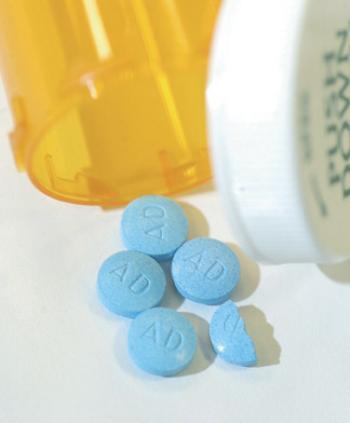 Adderall, a prescription drug meant to treat attention deficit hyperactivity disorder (ADHD), is used by some Harvard students to stay focused while studying.
By David B. Rochelson, Crimson Staff Writer

Under the pressure of five classes and a heavy computer science workload, Joe said he resorted to taking Ritalin last fall—even though he has never been diagnosed with an attention deficit disorder.

“It’s helped me a lot,” said the junior, who asked that his last name not be used. “I can sit down for three hours and it feels like ten minutes.”

Before then, Joe said he hadn’t taken the drug because he was afraid he would become dependent on it to study late into the night.

Since taking it that first time, however, he said he has started using it once a week.

Some students said they believe it’s common for undergraduates to illicitly take prescription drugs like Ritalin and Adderall to help them study—either because they suspect they have an undiagnosed disorder or simply are searching for a boost to get them through tough stretches of the school year, especially exam period.

Joe said that many students view taking these drugs without a prescription as an acceptable way to enhance study performance.

“It seems like there are a lot of people who do [this],” he said. “The types of people who use study drugs are not the type of people you expect...A lot of them are really serious students. It’s not like kids who smoke pot also take study drugs.”

Joe said that two of his three roommates have tried these “study drugs” and continue to use them when they need to focus.

“It’s easily accessible and not expensive,” said a senior who has snorted Ritalin to help him study.

Ritalin and Adderall, an amphetamine, are commonly prescribed to treat attention deficit hyperactivity disorders (ADHD), a range of conditions characterized by inattention, hyperactivity or impulsivity which afflict approximately 4 percent of adolescents, according to the National Institutes of Health.

But students said Ritalin and Adderall are useful to students who need to study for long periods of time because they stimulate the nervous system.

“You don’t necessarily have to have ADD for it to do something to you,” the senior said. “Especially if you snort it.”

Students said many users take drugs like Ritalin and Adderall because they keep them awake without producing side effects like caffeine.

“The thing with coffee is your head is awake but your body isn’t—it doesn’t feel all that natural,” the senior said. “Ritalin is more like an all-over buzz.”

Joe said that coffee makes him feel “kind of sweaty and jittery” while the prescription drugs simply enhance his focus on work.

“If you take Ritalin and Adderall it’s much closer to a more natural feeling—the sense of focus is not something I haven’t felt before without drugs,” Joe said.

University Health Services Director Dr. David S. Rosenthal ’59 wrote in an e-mail that the use of Ritalin and other prescription drugs by students without prescriptions “could be” a significant problem at the College.

Some students who use these drugs without prescriptions said that users often believe they suffer from undiagnosed disorders.

A junior, who was diagnosed with an attention deficit disorder in September and has taken a number of prescription medications since then, said he is occasionally approached by students who want to buy the drug.

He said he thinks most students who use the drugs without having prescriptions get the “leftovers” from those who have been diagnosed and have extra.

The senior said he thinks many people assume that taking these drugs without a prescription is harmless because so many people are diagnosed with attention deficit disorders.

“All you can do is tests based on peoples’ responses to things—it’s so relative,” he said. “People figure they can show up and say they have ADD and they’d give it to [them], so it’s not that big a deal”

A junior who said he took dextroamphetamines to get through exam period last spring said he would probably be diagnosed with ADHD if he were tested—and that his family has a history of using stimulants to study.

He said his father and his medical school classmates prescribed the drugs to each other to get through their grueling late nights.

“[My dad] didn’t say that I could use them, but since he had used them I figured they were okay,” the junior said. “There is certainly a family culture of pharmacological liberties.”

He said he would have continued taking the amphetamine if the student from whom he got the pills hadn’t graduated.

Rosenthal cautioned that such illicit use of prescription drugs poses a risk of overdose as well as “significant short term side effects and perhaps long term.”

Despite his initial concerns, Joe said he does not think he has become addicted, even though he now uses such drugs weekly.

“I still have nights where I work really hard to stay up all night studying or working without it, so as long as I don’t ever feel like it’s a prerequisite for me getting stuff done I don’t think there’s a problem,” he said.

—Staff writer Jeffrey C. Aguero contributed to the reporting of this story.