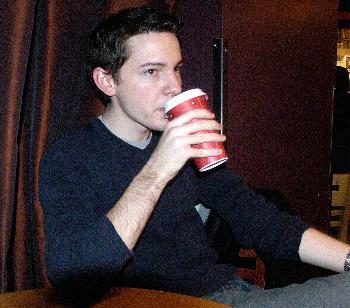 Drinking coffee may help ward off type 2 diabetes, according to a recent study by Harvard researchers.

The study, published yesterday in the Annals of Internal Medicine, indicates for the first time that coffee drinkers have a significantly reduced risk for developing the condition.

Associate Professor of Nutrition and Epidemiology at the Harvard School of Public Health Frank B. Hu and Chief of Preventive Medicine at Brigham and Women’s Hospital Jo Ann Manson led a team of researchers investigating 120,000 participants for 12 to 18 years.

Manson said she and her colleagues did not expect the findings.

“We actually thought that caffeine would have an adverse effect....We were truly surprised by the magnitude of risk reduction,” said Manson, who is also professor of medicine at Harvard Medical School.

“This is good news for coffee drinkers, however it doesn’t mean everyone should run out for a latte,” Hu said in a press release. “We still don’t know exactly why coffee is beneficial for diabetes, and more research is clearly needed.”

Type 2 diabetes occurs when the body either does not make enough insulin or makes defective insulin. The disease leads to high blood sugar levels which may cause life-threatening compilations.

About 42,000 men and 84,000 women who were free of diabetes, cancer and cardiovascular disease were chosen from the ongoing Health Professionals Follow-up Study (HPFS) and the Brigham and Women’s Hospital-based Nurses’ Health Study, according to Hu.

HPFS is an all-male study which correlates nutritional factors to the incidence of serious illnesses, such as cancer, heart disease and other vascular diseases. The study complements the all-female Nurses’ Health Study, which examines similar hypotheses, according to the Harvard School of Public Health website.

The men were monitored from 1986 to 1998, and the women from 1980 to 1998 using questionnaires at two to four year intervals to obtain data on how much coffee was consumed.

Researchers are not sure why drinking coffee decreases the diabetes risk. According to Hu, caffeine’s short term effects are to raise blood sugar and increase energy expenditure. However, he cautions that the long-term effects are still unknown.

Manson said that previous studies have already confirmed that magnesium and potassium—which are found in coffee—improve insulin sensitivity.

Hu tentatively suggested that perhaps antioxidants such as chlorogenic acid in coffee—one of the compounds that contributes to coffee’s flavor—may also help suppress the onset of type 2 diabetes.

“Although this is good news for coffee drinkers, for people who don’t drink coffee, I don’t think necessarily that is encouragement for them to start drinking,” Hu said.

“It’s premature to make public health recommendations to increase coffee intake, but these results are reassuring to coffee drinkers, and it’s an intriguing situation that requires further study,” said Manson.

—Staff writer Risheng Xu can be reached at xu4@fas.harvard.edu.