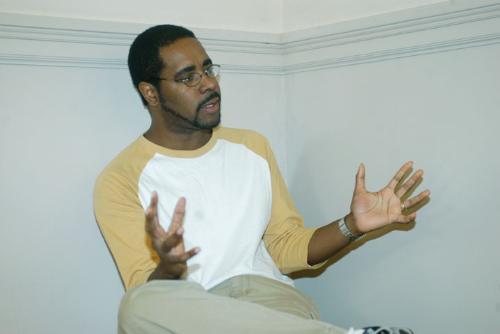 He whizzed through “Wheel of Fortune,” won big on “Win Ben Stein’s Money” and dominated on “Jeopardy!,” but can Rich J. Reddick pull off another win on “Who Wants to be a Millionaire?”

“I definitely got into the hot seat, but I can’t say more than that,” Reddick, a 32-year-old student at Harvard’s Graduate School of Education (GSE), said.

Exactly how well Reddick did will be revealed on today and Friday’s episodes of “Millionaire,” which airs locally on WCVB at 12:30 p.m.

Though Reddick’s contract prohibits him from disclosing the results until the shows have aired, he must have answered at least the first of 15 questions correctly on the popular syndicated show. Contestants return for a second day, as Reddick will, if the half-hour show runs out of time.

Reddick has a resume full of game show appearances.

When he qualified for “Millionaire,” Reddick said it felt like business as usual.

“Now that I’ve been through a few of these, I think I’m much more at ease,” he said. “Of course, you always get a little nervous beforehand.”

When his 15 minutes of fame arrived again, Reddick said heading toward the hot seat was as nerve-wracking as “walking down the aisle.”

“I was really focused on not tipping over the chair,” he said. “I thought to myself, as long as I don’t drool or faint, I’ll be fine.”

Reddick said that the secret to his game show success is an ability to answer questions quickly and to recall obscure facts.

“It’s a great feeling when you see a question up there that you are familiar with,” he said.

He has previously taught fourth grade in Houston.

Reddick said he has used most of his winnings from past stints to repay student loans and purchase a new car with cash.

And Reddick’s friends said his current behavior and spending patterns may indicate a “Millionaire” victory.

Carter, who has known Reddick for four years, noted one major difference.

“He’s been talking about buying a house,” she said.

Another colleague said his demeanor has changed.

“There is definitely a qualitative difference in how relaxed he is,” said Carolyn M. Howard, a GSE student who has known Reddick for three years. “I figured he did really well since he was in the hot seat for so long.”

“I have not ever seen any difference in his actions,” he said. “What you see is what you get.”

Reddick said he is used to all of the speculation.

“Almost everyone I talk to wants to know whether I won,” he said. “Not even my parents know.”

Reddick plans to watch the show in the GSE’s Gutman Library today and tomorrow.

Despite Reddick’s refusal to talk about the outcome, Howard said she can read between the lines. Reddick recently bought a new suit and cut off his dreadlocks, she said.