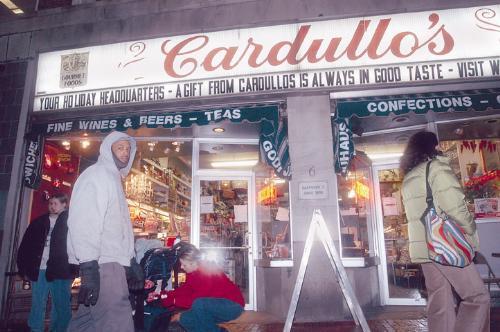 An employee was arrested on Thursday for embezzling over $35,000 from Cardullo’s, a gourmet foods shop in Harvard Square.
By Eduardo E. Santacana, Contributing Writer

Cambridge police arrested on Thursday a Cardullo’s employee who is accused of embezzling over $35,000 from the gourmet foods store in Harvard Square.

David Azar, who has worked at Cardullo’s for seven months, was arraigned on Friday morning and charged with larceny in excess of $250, wanton destruction of property and possession of a substance suspected to be cocaine.

The Middlesex District Attorney’s Office issued a statement Friday that said the owner of Cardullo’s caught Azar pocketing the money on a hidden video camera.

“Azar is alleged to have stolen the cash by ringing up customers’ transactions, taking the cash, and after the customers left the store, canceling the transaction and pocketing the cash,” read the statement.

Cardullo’s owner declined to comment yesterday on the case.

Azar’s attorney, Robert George, said that the charges were false and were motivated by his client’s prior criminal record.

In 1989, Azar was charged and convicted for the murder of his three-month-old baby, Geneva. After an unsuccessful appeal and over 12 years in prison, Azar successfully challenged the verdict, claiming the judge issued erroneous instructions to the jury that led to an unfair conviction. The appeals court ordered a retrial, but Azar pleaded guilty to manslaughter, a lesser offense than the original charge of second-degree murder, and the judge sentenced Azar to time already served. Azar was released in May 2002.

“David Azar has stolen nothing and has done absolutely nothing wrong,” said George, who defended Azar in his murder case. “We have no intention of rolling over and admitting to doing something simply to get rid of a case. He’s innocent of these charges and he intends to prove it.”

If convicted of the charges brought against him last week, Azar faces five years in state prison for larceny and two and a half years in a corrections facility for destruction of property, according to Middlesex District Attorney spokeswoman Emily J. LaGrassa. The weight of the drug charge depends on prior convictions and other factors, she said.

George said that the evidence against his client is misleading and inconclusive, calling the charges an “unfortunate misunderstanding” that would be cleared after examining cash register receipts. He said the videotapes were not sufficient and that the receipts formed the basis of the prosecution’s case.

“This case is based on paper; the videotapes show nothing other than taking cash out of a register and putting cash back in the register,” said George.

George said the claim that Azar pocketed money after canceling transactions is unfounded.

“Canceled sales do not equal thievery,” George said. “They can result from any number of things, from credit cards that are declined to patrons who change their minds before a transaction goes through.”

George also said that transactions could have been canceled because patrons could have attempted to use their debit cards without noticing that Cardullo’s requires a $20 minimum purchase to use credit and debit cards.

And George said that the prosecution would have a hard time pinning a theft on Azar because Cardullo’s uses the same identification code for all employees at the cash register. He said this would make it impossible to prove who actually stole money.

Azar posted $10,000 bail on Friday and will next appear before the court for a pretrial conference on Jan. 21.