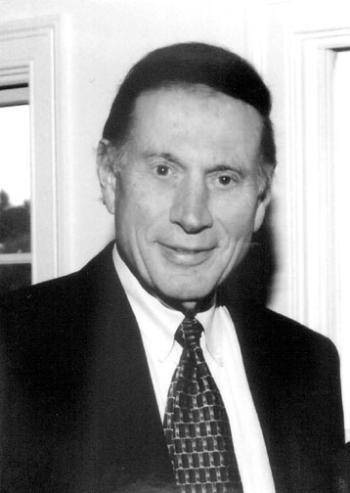 The dozens of students who didn’t make it into a popular class on Sigmund Freud and C.S. Lewis are in luck—they can catch the results on national television in fall 2004.

With the help of its professor, Armand M. Nicholi II, the subject of the popular house seminar Leverett 74, “The Worldviews of Sigmund Freud and C. S. Lewis,” has been made into a PBS documentary, scheduled to air in September.

Every year between 50 and 100 students apply for the 20 spots in Nicholi’s course, which addresses the question of the existence of God, juxtaposing Sigmund Freud’s materialist worldview with C. S. Lewis’ spiritual worldview.

Now, however, those who don’t make it into the course can wait to watch “The Question of God: Sigmund Freud and C. S. Lewis,” which reconstructs the life experiences of Freud and Lewis and interviews prominent professionals in various fields on their own worldviews.

The four-hour series, which cost $3 million, is “a very elaborate television version of what the students at Harvard go through in their seminar,” says Michael Sullivan ’68, an executive producer of the documentary.

According to Sullivan, the documentary’s dramatic reconstructions of chapters of Freud’s and Lewis’ biographies are taken from course readings, and the discussions with adults parallel the student discussions.

The series dramatizes, through actors and reconstructed sets in foreign countries, the parts of Freud’s and Lewis’ lives that influenced their philosophical beliefs, and illustrates how those beliefs affected the ways they viewed love, death, pain, suffering and friendship, according to Catherine A. Tatge, co-executive producer with Sullivan and Doug Holliday.

Nicholi says he had not thought of making a film based on the subject of his course, which he has taught for about 35 years, until a former student of the course made the suggestion around eight years ago.

“I never go to movies and I don’t particularly like television,” Nicholi says.

“It’s pretty unusual to find philosophy on television,” Sullivan says, “[But] it’s a lot more fun to watch the television show than to do the reading.”

Tatge also says that this project was novel in the way it was conceived.

“I’ve never taken an academic class and translated it into a film,” says Tatge, who produced and directed the ten-hour Bill Moyers series, “Genesis: A Living Conversation,” and the 1988 PBS series, with Bill Moyers, “Joseph Campbell and the Power of Myth,” for which she won an Emmy Award. “It was possibly the most difficult project I’ve ever had to do.”

After six weeks of filming and three and a half years of production, the documentary is now in the post-production process—the final stages of editing.

Nicholi assisted in writing the script and overseeing the filming of actors playing Freud and Lewis on sets in Great Britain, the Czech Republic and Ireland to ensure historical accuracy.

With advising from Nicholi, filming took place in Oxford, England, where Lewis was a professor at Magdalen College in Oxford University, and at a pub where Lewis met with the Inklings—a group of colleagues including J. R.R. Tolkien, one of Lewis’ closest friends.

Nicholi and the crew also traveled to Prague, which is near Freud’s birthplace of Moravia.

“What they did was find an old manor that was built around Freud’s time,” Nicholi says. “When we entered it, there was dust flying all over the place, and people carrying things and hammering. In a short time, the place was transformed into a beautiful room, which just seemed to appear out of nowhere.”

The documentary also features interviews with authors, lawyers, scientists, editors and other professionals discussing their worldviews and belief systems with Nicholi.

Frederick Lee, who is the course’s teaching fellow, and Jeremy D. Fraiberg ’92 appear in the film.

The documentary opens with brief shots of Harvard, including students from Nicholi’s course two years ago in the Barker Center classroom, and Memorial Church, where Nicholi delivered the Noble Lectures on Freud and Lewis.

Nicholi calls the filming and writing process “time-consuming,” and says that there was sometimes a tension between biographical fact and creative license.

“It’s been a constant tug of war between my emphasis on historical accuracy and [the filmmakers’] emphasis on telling a good story,” Nicholi says.

Still, according to Tatge, the documentary attempts to be as truthful as possible and to deal with sensitive issues objectively.

Nicholi says he, too, attempts to teach his course with an “objective, dispassionate, critical assessment of both worldviews.”

He says such objectivity is important because issues of faith resonate with so many people.

“Whether we realize it or not, we all possess a worldview. Everyone embraces some form of either Freud’s secular worldview or Lewis’ spiritual worldview,” Nicholi says. “A worldview is simply our attempt to make sense of our existence on this planet, to understand the purpose and meaning of our lives.”

Tatge says she thinks the general audience will be very receptive to the upcoming program, despite its academic nature.

“I definitely think you can, with a lot of imagination, take very academic material and translate it into something more accessible to a general audience,” she says.