'Sex' and the Single Guy 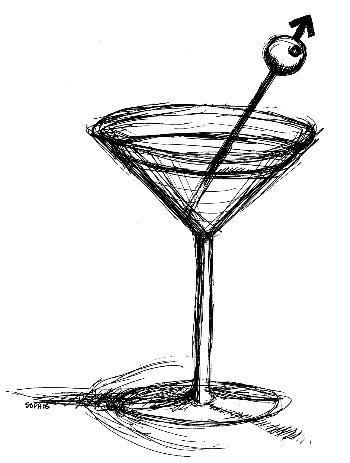 With the notable exception of my Bar Mitzvah reception, I usually don’t find myself sitting in a crowded room of crying women experiencing a collective emotional catharsis. Yet last Sunday, as Carrie Bradshaw and her “Sex and the City” pals dished out a final kiss-off to their adoring audience, there I was—an island of male unease surrounded by a tempestuous sea of estrogen.

The tears were flowing as freely as the pre-show Cosmos. Hugging was becoming contagious. On screen, Carrie and Big were finding amour sous l’Eiffel, and Kim Cattrall’s clothes were coming off. It was the “end of an era,” as a friend of mine put it—and I realized I was privy to a moment of feminine bonding that I would rarely have the chance to witness with such proximity again.

Left hopelessly beguiled by this female behavior—a position with which I am, admittedly, not unfamiliar—I turned to the subjects themselves. What had brought on such a visceral reaction?

“It’s not that it was my favorite show,” one said. “But it’s something I do every week with my friends.”  Ah, so it was the communal experience that would be missed.

My friend became exasperated as I clumsily pigeonholed her emotions into a single explanation. “I don’t know, it’s just sad!” she concluded, clearly frustrated with my male obtuseness.

I was lost. I fully understood the pain of watching favorite characters bid their farewells—the bittersweet finale of “Fresh Prince of Bel-Air” still singes a hole in my heart—but this response seemed to transcend the typical television adieu.

Perhaps it was the storybook nature of the show’s conclusion, as Big swept Carrie off her feet in the City of Light. I sure hope it wasn’t Miranda’s maid’s final speech, a sentimental and condescending gaffe that was the nadir of the evening’s otherwise splendid entertainment. The “mystical working-class” providing affirmation to the rich woman she washes dishes for? Please.

It appeared as if my experience was for naught. I thought the girls and I had shared a “moment”; instead, like Carrie and Petrovsky in their Parisian hotel suite, we were only sharing a room.

It was at that point, however, that I was struck with a revelation. “Sex and the City” might have been over, but “Curb Your Enthusiasm” was about to begin!

If Carrie Bradshaw is every girl wrapped up in an oversized pink bow, the Larry David of “Curb” is Michael M. Grynbaum ’07 in a slightly balder, wealthier, more abrasive form. I was desperate; this night of psychological exploration must continue! Stay, I told my lady friends, and discover as much about my psyche as I have ascertained of yours! Premium cable will be our saving grace, a glorious vehicle of mutual understanding. Gender disparities and romantic befuddlement will melt away in the face of HBO original programming.

The girls, of course, immediately left as the closing credits of “Sex” came to an end. As the mournful whimsy of the opening theme music to “Curb” began, I was alone again with the boys.

I may not have learned much about women that night, but at least “Sex and the City” gave me the chance to try and get in touch with my feminine side—even if only for half an hour. That being said, my inner Mafioso has been cooped up for far too long. “Sopranos,” anyone?