Courses of Instruction Updated on Web 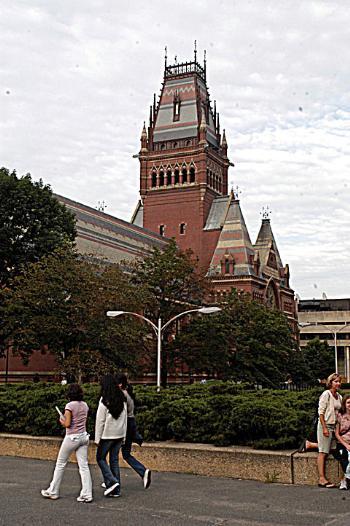 Students perusing the 2004-2005 Faculty of Arts and Sciences Courses of Instruction recently made available online by the Office of the Registrar may notice several changes.

The number of Moral Reasoning classes is at a historic low point; the Department of Visual and Environmental Studies (VES) is instituting a new concentration track in film studies; and the introductory African and African American studies course will again count for Core Curriculum credit. And for the first time in four years, a government class on American electoral politics will coincide with a presidential election.

Those looking to fulfill a Moral Reasoning requirement will have slim pickings, as only five courses in that Core subject will be offered all year.

Director of the Core Susan W. Lewis said such a dearth of Moral Reasoning classes is often the rule, not an exception, though this year marks the all-time nadir in the number of offerings.

“Moral Reasoning is an area which never has as many courses as other areas because it draws on a relatively small number of faculty,” Lewis said.

Lewis added that the seven Moral Reasoning courses offered last year were the most ever.

In addition, Moral Reasoning 22, “Justice”—which, with 903 students, had the largest enrollment of any course at the College when it was offered last fall, according to the Registrar’s website— will not be offered this year.

Some students expressed dissatisfaction with the limited number of offerings.

Joshua I. Rosenbloom ’05 wrote in an e-mail the only reason he would pick from the five Moral Reasoning offerings this year is that he needs to fulfill graduation requirements.

“That’s annoying about there only being five options,” Rosenbloom wrote. “I’ve asked the Core office before why there are so few, and the answer is never very satisfactory.”

Jennifer N. Green ’07 wrote in an e-mail, “Harvard needs to do a better job of offering options within the Core because I have yet to see some that interest me and am crossing my fingers that before I graduate some changes will be made.”

Despite the lack of variety this year, Alexandra D. Harwin ’07 wrote in an e-mail that she anticipated taking Moral Reasoning 54, “If There Is No God, All Is Permitted,” taught by Wolfson Professor of Jewish Studies and Harvard College Professor Jay M. Harris.

“I am very interested in the impact of religion on moral choices, and I would be equally curious to learn more about the impact of secular culture on moral behavior,” Harwin wrote.

For the first time this fall, the VES department will offer a film studies concentration track for undergraduates.

Assistant Professor J.D. Connor ’92—who was named as VES’ assistant director of undergraduate studies for film studies this spring—wrote in an e-mail that he was enthusiastic about the new track and one course he developed for it, VES 195, “The Contemporary Hollywood Cinema.”

“My class has a screening list filled with pleasures—guilty and otherwise, a reading list that will convince students that Hollywood not only can, but should be treated with intellectual seriousness, as a business and as an aesthetic system, and lectures that will cultivate, I hope, the sense that Hollywood’s industrial narcissism is its great contribution to the possibilities of collaborative popular art,” he wrote.

He will also teach VES 172h, “Histories of Cinema II: Sound, Space, and Image to 1960,” which will be one of three classes required of all film studies concentrators.

Connor wrote that he thought the new track would attract more students to the concentration.

This year, Professor of the History of Science and of African and African American Studies Evelynn M. Hammonds will assume full teaching responsibility for the course.

The change, Hammonds wrote in an e-mail, could entice more students to take the class.

Lewis said students who took the course last year were eventually awarded Core credit—but as the decision was not made until after the course began, the class was not advertised as fulfilling a Core requirement.

Lindsey D. Olier ’07 expressed her approval of the decision to allow the course to count for Core credit.

“I feel that it should remain a Core class simply because it may attract individuals who never venture to the Social Studies or Af-Am concentration section of the course catalog to consider taking the class and seeing how the history and lives of roughly 8 percent of their peers are relevant to their own,” she wrote in an e-mail.

Brandon M. Terry ’05, the president of the Black Men’s Forum, wrote that he encouraged all students to consider taking the class.

“Unfortunately, too many people, black and white, think they can know all there is to know about black culture and race in America by listening to Bill Cosby rant, watching Soul Plane and buying 50 Cent records,” he wrote in an e-mail. “I do encourage all students at Harvard who are interested in really understanding why racial disparities exist and what black culture is all about to take this course.”

For some students, the fact that the class could fulfill a Core requirement will provide more incentive to take the course.

“I didn’t know that it was a Core,” Evan Hepler-Smith ’06 wrote. “I was considering taking it, [and] this may push me over the edge.”

Students hoping to gain insight into the inner workings of the 2004 presidential campaigns, meanwhile, may shop Government 1352, “Campaigns and Elections.”

Olivia H. Levine ’08 wrote in an e-mail, “I would like to be well informed when I vote, and I believe a class like that government class would be quite informative.”

The class will be taught for the second consecutive year by Assistant Professor of Government D. Sunshine Hillygus.

“Although the course will focus on political science theories regarding campaigns and elections, the topics covered will certainly have implications for understanding the current presidential race,” Hillygus wrote in an e-mail. “We will discuss, for instance, the role of conventions and debates, political advertising, media influence, etc. But not to worry—there will still be plenty of material to cover after Election Day.”

She wrote that she expects to emphasize the connections between the class’ political theory and current events.

“The current electoral context will give students a clear opportunity to apply and evaluate the concepts learned in class,” she wrote. “In fact, I will expect them to do so.”

Institute of Politics (IOP) Student Advisory Committee president Ilan T. Graff ’05 wrote that, based on his own experience in the class two years ago, the course should provide a comprehensive overview of American electoral politics.

“[The course] will make it easier for them to interpret and contextualize the strategies executed by Democrats and Republicans in the months leading up to the election. I am confident that many students will take advantage of this worthwhile opportunity to learn more about American politics,” he wrote. “Students will have to avail themselves of additional resources, though, if they want to improve their understanding of the specific policies that underlie the parties’ respective campaigns.”

But Andrew J. Frank ’05, president of the Harvard College Democrats, expressed skepticism about learning about the current campaign in the classroom.

“I don’t really know much about [the course] except that it’s nothing you can’t learn from hanging around the IOP and reading The New York Times,” he wrote.

Despite current events, not everyone said they were enthusiastic about taking the course.

“My roommates are all quite involved with these elections and so I get enough of that at home!” Rosenbloom wrote.

—Margaret W. Ho contributed to the reporting of this story.