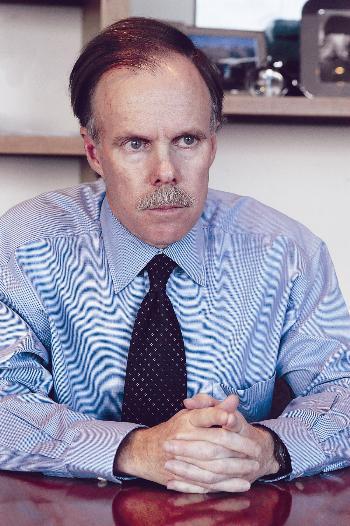 The president of the Harvard Management Company and four top endowment managers will leave the University this year in a shake-up that could spell the end of in-house management of Harvard’s endowment.

Jack R. Meyer, who over 14 years grew a $4.7 billion fund into a $22.6 billion behemoth, said yesterday he was departing to form his own private investment firm with four of his current associates, including two who have been the targets of recent criticism over multimillion-dollar salaries at the management company.

In an interview yesterday, Meyer said relentless scrutiny from students, alumni and even the firm’s own board had partially motivated his departure.

“It would be nice to drop out of the public spotlight a little bit,” Meyer said. “Everything Harvard does is closely scrutinized.”

Two of Meyer’s departing associates, David R. Mittelman and Maurice Samuels, have consistently led the management company’s copious and oft-criticized payrolls. The pair of bond managers, whose stellar returns have served as the backbone of the endowment’s recent surge, pulled in $25.4 million and $25.3 million, respectively, last fiscal year.

The University announced yesterday the formation of a committee which would begin searching immediately for Meyer’s replacement, but the management company appeared unlikely to maintain its current form after the exodus at the top of its ranks.

James F. Rothenberg, the University treasurer, would not rule out yesterday the possibility of moving to entirely external management of the endowment. Most universities, including Yale, which maintains the second-largest endowment in higher education, employ such a model.

“It certainly is a possibility that that will be an outcome,” Rothenberg said yesterday in an interview. “I think that’s another possibility for the steering committee to look at.”

Already, nearly half of the endowment is managed externally by hedge funds and other firms to which the management company pays substantial but undisclosed fees. Meyer’s tenure, begun in 1990, has been marked by a strong push in that direction, and in interviews over the past year, he has repeatedly said Harvard could sometime move to entirely outside management.

“At some point, it simply won’t make sense to maintain the existing format,” Meyer said last June. “There is a point where we would simply move to an external model.”

Meyer and his associates will become the sixth investment team to leave Harvard in the past seven years. The University has ordinarily spun off large sums—$700 million in one case—into hedge funds established by its former managers, and Meyer’s new firm appeared certain to receive similar, if not far more substantial, backing from Harvard.

But Meyer would not comment yesterday on the details of his plans in the private sector. “I’m not going to go there,” he said. “I’m totally focused on HMC.”

Meyer said he was scheduled to leave at the end of the current fiscal year, on June 30, 2004, but he would stay on beyond then if a replacement could not be found in time.

“I think you have to try to help people get over the insecurity,” Rothenberg said in an interview yesterday, “and I think it would be wrong to tell you that people aren’t concerned.”

The management company has already been plagued by intense scrutiny since announcing that bond managers Samuels and Mittelman had earned $35.1 million and $34.1 million, respectively, in fiscal year 2003. A committed group of alumni and students objected to those salaries, arguing that compensation of that magnitude was inappropriate in an academic setting.

William A. Strauss ’69, who spearheaded a campaign against the high salaries along with a small group of his classmates, said yesterday that Harvard should include students, faculty, alumni and University employees on the committee which will search for Meyer’s replacement and determine the future of the management company.

“It’s time to have an open community forum on this,” Strauss said.

Harvard named University President Lawrence H. Summers and other administrators, as well as board members of the management company, an investment banker and a lawyer, to the committee. It will not include any students.

Jeffrey B. Larson, Harvard’s former manager of foreign equities who left in July to form his own hedge fund backed by the University’s money, said yesterday that Meyer’s departure was a significant blow to the management company.

Harvard is not required to disclose the sums it pays to outside firms that manage its money.

Meyer, who has two children—Justus S. Meyer ’05 and Halsey R. Meyer ’07—at the College, will leave the University at the top of his game. Though Meyer has repeatedly warned of lower returns, the endowment posted a 21.1 percent return last fiscal year, far surpassing the national average of 14.7 percent.

Still, Harvard continues to lose its top managers, and Meyer may have hinted at his own departure when he discussed the issue in an interview last June.

“The problem is, given the hedge fund environment right now, it’s so easy to start your own hedge fund,” Meyer said, “that it’s difficult to attract people to come here.”

—Staff writer Jonathan P. Abel can be reached at abel@fas.harvard.edu.