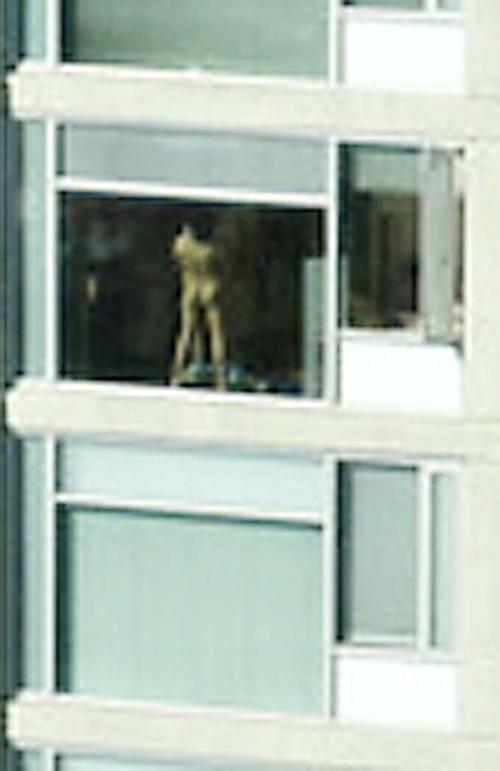 When University of Pennsylvania administrators encourage undergrads to practice protected sex, they probably don’t have a window shade in mind.

But after the publication of photos depicting a couple in the act taken through an uncovered window sparked a campus scandal about free speech, Penn might consider talking to students about more than just condoms.

A junior engineering major who took the photos posted two of them in September on his personal, password-protected university website, although the login was available on his AOL Instant Messenger profile, the Daily Pennsylvanian—Penn’s student newspaper—reported last week.

While the university originally filed charges against the student for violating the code of student conduct, the sexual harassment policy, and the policy on acceptable uses of electronic resources, Penn announced that it was dropping those charges Friday, the paper reported.

The decision marks the official end to an issue that sparked a debate on the school’s West Philadelphia campus about how much freedom of expression Penn students have and how much they should have.

Penn’s Office of Student Conduct (OSC) had been concerned by the posting of the photos, which appeared on the student’s website for about two weeks, according to confidential university documents obtained by the Daily Pennsylvanian. The student’s name was blacked out on those documents, the paper reported.

The OSC memos revealed that the student also took a photograph of the entire Hamilton College House high-rise dormitory so that others could identify the couple’s room, the newspaper reported.

In a statement, the university said that it remained “disturbed” by the student’s actions in taking the photos.

“We are concerned about the wide dissemination of the intimate photos in a manner and to the extent that subjected another member of the Penn community to embarrassment and ridicule,” the statement said. “We have asked the student photographer to apologize and sincerely hope he does.”

Both the Daily Pennsylvanian and the website collegehumor.com have published one of the photos, which clearly shows the nude backside of one individual and the leg of another against a large, open window (please see photo, page 1).

The university offered the student a settlement in October, said Andrew B. Geier, the third-year psychology graduate student who advised the student during the disciplinary process.

The proposed deal included three punishments: disciplinary probation until graduation, writing an essay “discussing what was wrong with the conduct you were involved in,” and a letter of apology, the Daily Pennsylvanian reported.

“He said, ‘No, I’m not a sexual harasser,’” Geier said in a telephone interview. He added that the student rejected the deal after consulting with him.

Geier said the student is not guilty of the charges because his actions fall under the aegis of protected free speech and expression.

“He took a picture of a public spectacle and posted it on his password-protected site, which is protected under the First Amendment,” he said.

Kors, who took over the student’s defense before the OSC last Wednesday, wrote in an e-mail that the couple should have had no expectation of privacy if they chose to make love in front of an open window.

“The only violation of the code of conduct (and, of course, of the law) was on the part of the individuals engaged in public sexual conduct,” he wrote.

Penn is a private institution, which means that students do not automatically enjoy the free speech rights guaranteed in the U.S. Constitution.

However, Geier cited a 1993 decision by the university that Penn students should at least have the same speech rights as students at public institutions, which must abide by the Constitution.

The free speech argument found a sympathetic ear from some members of the Penn community.

“I don’t condone the engineering junior who took pictures and posted it online. I thought that was disgusting of him,” Michelle M. Park, a Penn senior, wrote in an e-mail. But “it’s not prosecutable because the couple was in plain sight.”

Senior Albert J. Lee agreed, noting that “the student is guilty of poor taste and perhaps lack of judgment.”

“But I certainly don’t believe and don’t understand how they could have classified that as sexual harassment,” he wrote in an e-mail.

The Daily Pennsylvanian noted that this is not the first free speech issue involving Kors. A Penn freshman who sparked the 1993 “water buffalo incident” was represented by Kors as well. The student was charged with violating the school’s racial harassment policy for shouting, “Shut up, you water buffalo,” to a crowd of mostly black sorority women singing beneath his dorm window.

In that case, the university pressed charges despite national attention and criticism from free speech advocates. The disciplinary process ended only after the students involved dropped their charges.

While the “water buffalo incident” also concerned freedom of expression, some students said that any connection between these two episodes is a stretch.

And this time around, the university backed down.

According to Geier, university officials said that they had “made a grievous error” and they were dropping all the charges at a recent meeting.

The university does not acknowledge error in its official statement, which Geier said was “some confusing mishmosh and an attempt to save face.”

Both Kors and Geier criticized the OSC’s disciplinary procedure and called for reform.

Geier said that punishments are often too harsh and punitive, and students are not allowed to confront those who file complaints against them.

“None of the students understand the process, what goes on there,” he said. “It’s cloaked in secrecy, stocked with attorneys.”

—Staff writer David Zhou can be reached at dzhou@fas.harvard.edu.