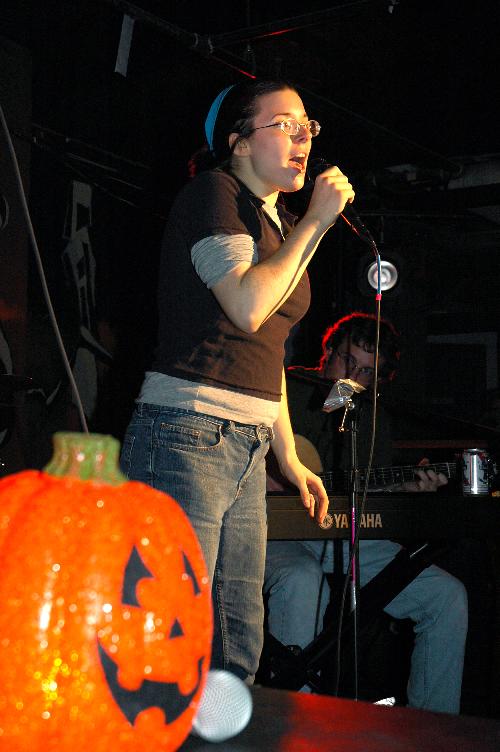 When the Wyclef Jean concert was cancelled this November, the campus was in an uproar. It was the second time
By Lena Chen

When the Wyclef Jean concert was cancelled this November, the campus was in an uproar. It was the second time in six months that the Harvard Concert Commission (HCC) had failed to deliver. And not only had the HCC’s main fall offering to the campus failed to materialize, the Undergraduate Council (UC) had lost almost $30,000 on it.

Criticisms of the UC poured forth on House open lists, and dining hall chatter was often about why the HCC had chosen an act so unexciting to the student body. In the wake of last semester’s Snoop Dogg cancellation and the Wyclef disappointment, a UC task force was convened to examine what had gone wrong.

The Fall 2005 Concert Inquiry Commission outlined a good deal of the HCC’s shortcomings and missteps in its report last month. But taking a good look at why other schools’ concerts—and even some Harvard events—have come off well can help create a blueprint for HCC success.

Four years ago, Nicholas B. Sylvester ’04 invited the cult indie band the Exploding Hearts to perform at the Spee. His grass-roots effort could easily have fallen on its face. He didn’t work with the administration or the UC, and he didn’t collect money from concert-goers until they were literally at the door.

But it was easy to front the money, since the final bill only came to $2,000, most of which paid for the band’s travel expenses.

The band came, an audience of 300 showed up, Sylvester recouped the costs, and the concert became legendary.

“If you’re in a community of people who go to these things religiously, and if you have people who are just interested in any sort of live event anywhere, they’re always going to show up,” says Sylvester, who also threw a number of smaller concerts during his time here.

The HCC has traditionally gone for the big guys, focusing on throwing one large-scale concert per semester. But now it, too, may be open to changing the way it operates.

(Full disclosure: the author of this story is a representative on the First-Year Social Committee, which, like the HCC, falls under the discretion of the UC’s Campus Life Committee. It does not, however, work with the HCC.)

“In the past, our base goal has been to throw a fall and a spring concert,” says HCC Chair of Campus and Professional Partnerships Matthew R. Conroy ’07, who is also a Crimson editor. “The new goal of the HCC is to tap into what students want out of their concert events. We understand that Harvard students not only want big events that the campus as a whole can be proud of, they’re also looking for moderate-sized events that can bring people together.”

It’ll also help the HCC work within its budget constraints. No matter how many structural changes the UC makes to the HCC, it still will never have the budget of universities like UC San Diego (UCSD). After all, one Wyclef absence could fund 10 indie bands.

Even at UCSD, where the student events committee has a budget of $450,000 for all of its multi-act concerts, they strike a balance between headliners and more low-key acts. In addition to its three annual music festivals, the college also hosts several smaller shows for audiences of 200 to 500 students. And just because it’s a cheaper band to book doesn’t mean it won’t make a big hit.

“We try to get bands with big-name recognition, but we really look to bands that are known for being really good at concerts,” says Brown Concert Agency President Elizabeth C. Trongone. “During my freshman year, I saw the band Ozomatli play...Not many people knew of them, but they stole the show. They were basically considered the best band of the weekend, and no one had even heard of them.”

Of course, knowing what the student body wants is still a step in the right direction. The Concert Inquiry Commission noted in its recent report that more student input should have gone into the Wyclef selection, an important part of the decision-making process for many other schools.

At Brown, the student body offers up input via surveys on WebCT, Brown’s equivalent of my.harvard.edu. “We poll through WebCT the student body, and in addition, at activities fair, where we recruit for board members and put up a list for suggestions,” Trongone says.

Cornell’s Concert Commission (CCC), on the other hand, just takes advantage of its large membership. About 100 of the organization’s 200 members attend the weekly meetings. “We’ll take suggestions from our general membership at our meetings. We also poll the entire Cornell student body on who they want to see,” says CCC Executive Director Marcy L. Saltz.

But HCC membership expansion may not be the only way to make concerts work at Harvard.

From Amnesty International’s DJ Spooky show to the Seneca’s House of Pancakes, other Harvard student groups are already throwing successful, well-attended concerts—without the support of the UC or HCC.

Student groups choose performers that their membership will like, so there are rarely concerns about missing the mark on student interest.

And even student bands have their own appeal, with friendship networks providing a built-in audience.

The Quincy Collective, for instance, has thrown jam-packed concerts featuring student bands. “The Collective has been a place for exciting free shows... Low-lights, small room, a stage with a band, a keg, friends—everything but a smoke machine,” says J.P. Sharp ’07, the Collective’s coordinator. “The bands love it, and trust me, if you come, you’ll love it as a spectator.”

Quincy House Committee Chair Regina C. Schwartz ’06 notes, “This is one prime and awesome space that is not getting enough use. It was literally the place to be on a Thursday night in years past.”

And that’s where the HCC could potentially step in. “I find our Quincy HoCo much easier to work with than the UC,” Sharp says. “That being, if the HCC were to simply be like a point-man that groups like the Collective can notify and receive assistance from, then there’s no real downside to it. I think having the HCC support the Collective would be a big advantage for publicity and funding.”

According to Conroy, HCC is making strides in establishing relations with other student groups.

Most recently, the commission partnered with Harvard aid organizations to put on Saturday’s Comedy for a Cause, a comedy show benefiting South Asian earthquake relief.

“This really shows how the HCC can be helpful in providing the publicity infrastructure and the manpower to help earthquake relief coalitions throw a show,” Conroy says. “That’s a real niche the HCC can provide: to produce and plan events.”

For every Dylan, there’s been a Wyclef. The HCC and the UC admit the problem. “Our biggest challenge in the past has been gauging student interest,” says HCC Vice-Chair of Production Samantha H. Fink ’08. Nevertheless, a few successful events could restore the student body’s faith in university-sponsored social programming.

“If the concert commission gets a reputation for throwing cool things, people are going to show up because they want to be in-the-know,” Sylvester says.

According to USCD Associated Student Commissioner of Programming Eric Morris, a good reputation not only offers a more secure audience base. It also goes a long way in booking a band and negotiating prices.

“Colleges tend to do pretty crappy shows, so a lot of bands are hesitant to do college shows. There’s a lot of problems with that across the country,” says Morris. “Build a reputation as a school that will treat bands right and provide the things a band needs to do a show right.”

Harvard may not have this reputation with bands—it certainly doesn’t with students—but making some indie fans happy could be a good start.