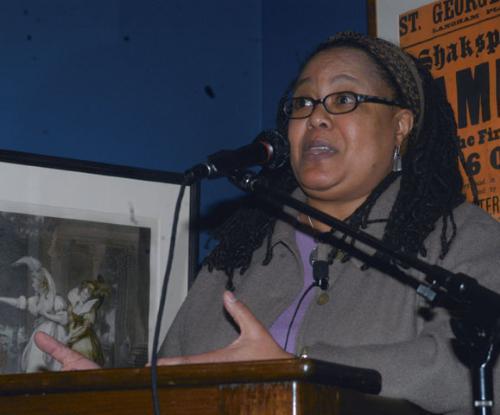 Harshly criticizing the University’s handling of the challenges that female academics face, a panel of five prominent women professors convened on Saturday to address possible reasons and remedies for the dearth of women among Harvard’s tenured faculty.

The panelists, who drew a standing-room-only audience of nearly 200 to the lower level of the Faculty Club, cast the lack of tenured female professors as part of an urgent problem in academia that needs to be tackled aggressively.

“We stand at a moment where we want to change the culture and composition of our universities,” said Evelynn M. Hammonds, a professor of African and African American Studies who chairs the Task Force on Women Faculty that University President Lawrence H. Summers appointed last month.

Hammonds’ committee, along with the Task Force on Women in Science that Summers also formed, is slated to offer concrete solutions to help raise the small number of tenured women. As of this January, 19 percent of the 463 tenured members of the Faculty of Arts and Sciences were women.

Saturday’s discussion, meanwhile, was mainly concerned with analyzing the problem, which, the professors argued, stems both from Harvard’s process of granting tenure as well as an underlying trend of gender discrimination.

“I think the real social justice issue for the professoriat is the decrease of tenured and tenure-track positions, and the increase of ad hoc positions,” she said, referring to appointments of visiting lecturers and professors, who are not considered for tenure.

In addition, she said, Harvard is unlike most universities in only granting tenure to full professors, potentially encouraging promising junior faculty to defect to other universities that do have tenured associate professors.

The professors also criticized the University for neglecting women’s traditional commitments to family.

“The institution, as a whole, penalizes faculty and graduate students who have children or who have other kinds of family obligations, and we are not yet historically at a place where that affects men and women equally,” panelist Alice Jardine, a professor of romance languages and literatures, said in an interview yesterday.

Rosenblum noted that Harvard does have resources for female faculty, but that “nobody knows about them.”

“And our culture that nobody knows about them,” she said, “is deliberate policy of the Harvard administration.”

But MIT biologist Nancy Hopkins ’64 pointed to “small, even invisible” trends of gender discrimination as the fundamental problem that needs to be addressed.

Hopkins, the only non-Harvard professor on the panel, has played a key role in the controversy that has intensified the spotlight on how Harvard’s tenure process impacts women. It was she who first told the Boston Globe about Summers’ remarks on possible differences in “intrinsic aptitude” in science between the genders at an economics conference in January.

Saturday’s ninety-minute discussion, hosted by The Seneca, an all-female organization, and co-sponsored by 24 student groups, underscored to what extent Summers’ comments have sparked discussion of gender equality at Harvard.

The crowd, which included many students despite the early Saturday starting time of 11:30 a.m., spilled into the hallway of the Faculty Club’s basement auditorium. Many audience members wore white pins that the Committee for the Equality of Women at Harvard distributed before the event and some wore red stickers that identified them as visitors for Junior Parents Weekend.

The last question that moderator Meredith A. Finn ’05, who is also a Crimson editor, posed to the panel asked how young women should respond to the perceived obstacles standing between them and tenure.

“Understand that the system isn’t perfect yet, but by the time you get there, it could be, so keep on going,” Hopkins responded.