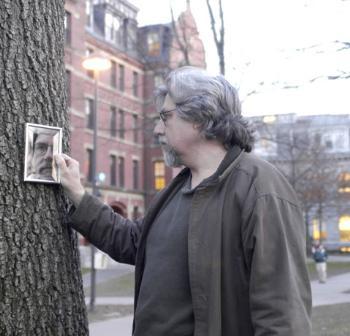 From May 5 to May 8, Harvard’s Old Yard will be transformed into a public art project à la Christo and Jean-Claude’s Central Park installation “The Gates.”

A core group of ten or so students flanked by a few dozen helpers have been planning the project since January with the support of the Office for the Arts’ Public Art division under the guidance of local artist Gary Duehr.

Duehr, the manager of the South End’s Bromfield Gallery, has created installations, photography, and performance art. He has also published four volumes of poetry and won a National Endowment for the Arts Poetry Fellowship.

But the goal of the project is to bring something new to students. According to Office for the Arts Director of Programs Cathleen D. McCormick, the goal of bringing Public Art to campus is “involving students…Even if they do not participate, they get to be a part of art.”

The team of students, which includes Visual and Environmental Studies and Mathematics concentrators alike, began meeting in January. By April, they had narrowed their project down to three options.

First, mirrors: “We are experimenting with fragments of mirrors on tree trunks,” Duehr proclaimed, adding that he and the Public Art team hope the mirror fragments will offer a sense of glistening magic to the now seemingly mundane green and red-brick acres of Harvard’s Old Yard. Just for a little while at least.

Second, an over-the-top “nature gone wild” theme, with a “giant bird’s nest [made] out of organic materials and/ or wire,” created for students’ enjoyment and leisure in the Yard. One that, Duehr excitedly explains, “students can climb into,” adding that there would be couches and books to provide a sense of comfort “with a lounge feel.”

Finally, the group discussed making a tribute to the consumer culture phenomenon of the Apple I-Pod. If the group were to choose this project, they would recreate a huge I-Pod replica, complete with “a giant click wheel that might light up at night.” Duher says it might include “earpods in the ears of the John Harvard statue.”

In the settling darkness of twilight, Gary Duehr and four other students gathered around the John Harvard statue in the Old Yard to talk about reflection and creativity for their upcoming installation.

Describing his personal vision of the installation, known as “Fragments,” Duehr says, “On the trunks of the largest trees, text from Pablo Neruda’s “Book of Questions,” intermingled with broken fragments of mirrors, will encourage passersby to pause and ponder a while—to literally “reflect.”

While the process of choosing which quotations to use for the Yard installation were underway, all agreed that they must be questions, such as, “How do we thank the clouds for their fleeting abundance?” The intention is to “immediately solicit a response,” according to Justine M. Nagurney ’06.

“There’s a certain uncomplicated artistic beauty to it,” said Duehr, adding that the aim was “tranforming sacred space” with the art installation.

What effect do the students hope to induce with the temporary art installation?

Stefan A. Zebrowski-Rubin ’08 chimes in, “I don’t know what it will do but, I saw a banner add with a poem once and it made my day better.”

Nagurney concludes that the team’s ambition is to get students and visitors to “think about looking at the Yard.”

At 7 a.m., Duehr’s Volvo pulls up outside the Yard. Donuts and bagels have arrived, and the eight students present for the mounting use the coffee–induced caffeine rush to jump start the building process.

These long pieces of paper and their accompanying glittering mirror fragments must last through Arts First week, so durability is a must.

As the students set up, scores of Harvard visitors and students on their way to class stop and stare; some linger to read the thought–provoking questions in the midst of rubbing the sleep from their eyes.

Around 10 a.m., after the affixation process is finally complete, Duehr stands back to comment and ponder.

“What we want people to do is take it on its own terms and realize how flexible a public space can be,” he says.

And after drawing hundreds of superbly perplexed stares from passersby, Duehr excitedly notes, “It really does have the effect we wanted it to have.” It might not garner the critical appreciation of the Gates or change their lives, but sprawling questions over mirror shards certainly induces passerby to look at the Yard and respond.

—Staff writer Mary Catherine Brouder can be reached at mbrouder@fas.harvard.edu