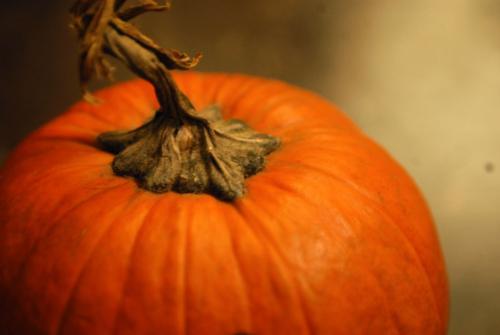 In Ireland, it was not pumpkins but turnips that used to be carved up and lit to guide “Jack of the Lantern.”
Advertisement
Advertisement

Boston in a frenzy over smashing pumpkin record—30, 128, to be exact.

Why, a casual passerby might have asked, were there 30,128 pumpkins and over 100,000 people in Boston Common last Saturday?
By Asli A. Bashir

Why, a casual passerby might have asked, were there 30,128 pumpkins and over 100,000 people in Boston Common last Saturday?

Boston wasn’t smashing pumpkins—sorry Billy Corgan fans—but world records, as thousands of locals joined forces at the third annual “Life is good Pumpkin Festival” to shatter the Guinness World Record for most pumpkins lit in the same place at the same time.

Boston’s fierce competitor for the pumpkin champ title, Keene, N.H., has proudly bled orange since lighting a record 28,952 jack-o’-lanterns in 2003. Although the town of 22,000 people lit more than its population in pumpkins, Boston ultimately came out on top.

According to the James S. Laughlin, head of the Festivals Divison and Director of Communications at Life is good, the $271,027 raised by the event will be donated to Camp Sunshine, an organization that provides retreats for children with life-threatening illnesses and their families.

“Life is Good Pumpkin Festival” took place on the same day in 19 communities across the country, and raised a grand total of $554,221.

Still, “Life is Good” has a loftier goal in mind than lighting pumpkins.

“I certainly hope we can break the record again next year, but most important is that we break our fundraising record,” says Laughlin. We have our sights on a single day when Life is good Pumpkin Festivals raise a million dollars.”

Maybe next year they’ll pump (get it?) efforts up even more.