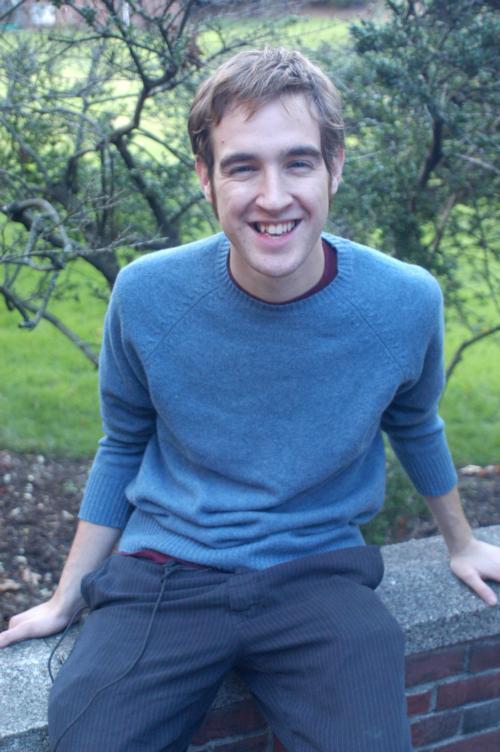 The sixth out of eight children, Jeremy R. Steinemann ’08 is very familiar with the intricacies of sibling relationships. Steinemann’s latest project, the avant-garde comedy “The Mineola Twins,” deals directly with sibling dynamics. The play runs from Oct. 19-27 in the Loeb Experimental Theatre. The Crimson recently caught up with Steinemann, a Romance languages and literatures concentrator from Lowell House, to discuss the play.

“The Mineola Twins” maps the political history of the U.S. onto the relationship between twin sisters, who are both played by Emily [B.] Hecht [’11]. Playwright Paula Vogel wrote the twins’ role for one actress to keep the issues and topics confronted in the show at the front of the audience’s mind during and after the performance. If the separate actresses played the twins, the audience could easily write the play off as pure entertainment and not dig any deeper.

Steinemann hopes that the audience will walk away with a deeper understanding of how aesthetics and performance are used to create meaning in everyday life.

It’s a very blatant and explicit performance—the audience is fully aware that one actress is playing two very different characters, which suggests the ability of each person to manipulate their own performance and in a similar way. The play expresses the idea that political and gender identities are constructed via performance and aesthetics. It also explores how people so often define themselves and create performances in reaction to their perceived opposition.

For the director, “The Mineola Twins” is particularly salient, especially in light of current political issues.

The play is so relevant to today’s political atmosphere, especially with someone like Hilary Clinton—there’s this notion of what a political woman is supposed to wear, how she is supposed to act.

Steinemann has had a wide range of theatrical involvement at Harvard over the past four years. His experience ranges from acting on the Loeb Mainstage as a freshman, to producing and directing various performances with the Harvard-Radcliffe Dramatic Club (HRDC) and the Harvard-Radcliffe Gilbert and Sullivan Players (HRG&SP). Last spring, Steinemann made his directorial debut with the HRG&SP production of “Utopia, Limited” at the Agassiz Theatre.

The best part about directing is the collaboration in communicating an idea to an audience. Working with such talented actors and designers makes the performance and overall theatrical experience so much stronger. It’s much more exciting to take an idea and to see it become more potent in the process of creation. An idea is better communicated when you have artists on board.

With the experience of directing “Utopia, Limited” under his belt, Steinemann began to search for a second directorial opportunity. The process of bringing “The Mineola Twins” to the stage began nearly a year ago.

I first read the show last December and decided that I wanted­—needed—to direct it. The first step was finding other students interested in working on the production with me. Happily, that was much easier than I thought it would be. We’ve got a great team working on this show.

Steinemann secured the Loeb Ex for “The Mineola Twins” in April, which allowed him to focus on the creative aspects of the play over the summer.

I spent much of the summer thinking about the costumes, characterizations, the design concept, and overall presentation goals for the play. That way, after casting calls were held earlier this fall, we could hit the ground running.

After “The Mineola Twins,” Steinemann plans to take a break from theater to work on his thesis. His thesis focuses on the 17th-century Spanish play “Life is a Dream” by Pedro Calderón, a work that touches on many issues confronted in “The Mineola Twins.”