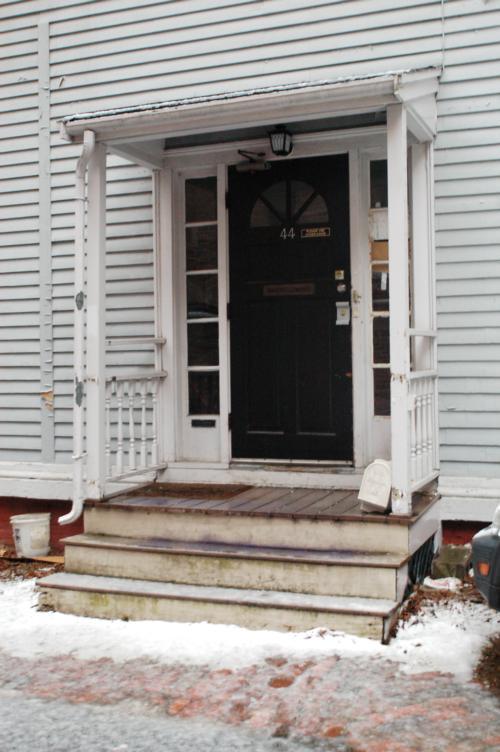 Lincoln’s Inn, a social club at Harvard Law School, will be renovated this summer by HL Central, an online network for Law School students.
By Jessica L. Fleischer, Contributing Writer

Amid the imposing libraries and brick halls at the Harvard Law School (HLS), one building stands apart. Littered with beer cans and stolen Kong signs, Lincoln’s Inn—the former home of a now defunct social group—was one of the only places on campus where students could escape the Bar at a bar.

But since HL Central—an upstart networking group founded in 1999—merged with Lincoln’s Inn Society on March 20, the character of the building is in for a renovation.

It was “a space that [was] not clearly Law School,” said Brandon L. Douglass, a second-year law student who served as the club’s president before HL Central’s involvement prompted his resignation.

Founded in 1907 by a handful of men with their own personal cook, Lincoln’s Inn Society expanded over the course of the century in response to its rising popularity as a haven for harried law students.

But of late, the club has watched its membership dwindle to just 50-60 members instead of its usual roster of over 100. Apathy towards the society peaked last year when the traditional Winter Dinner failed to materialize.

“Last year’s top president and vice president didn’t think we had [the] money to have one,” said Douglass of the discarded dinner. “I think it was a mistake. We probably should’ve had one anyway. That angered a lot of people. From there it was kind of a downward spiral.”

In order to boost funding through membership fees, the Society’s board thought of contacting other Harvard graduate schools. But according to Douglas, “seeing how the [School of Education] is a majority female school and one of the big draws of the Inn is the bar and not many girls will join a $350 organization just to drink...it just didn’t work out.”

But HL Central intends to transform the barflies into studiers for the bar, replacing basement beer pong tables with offices on the second floor.

“Lincoln’s Inn Society was originally a dinner club and then it became a little more of a drinking club, almost like a fraternity, and that turned off a lot of the students. We’re going to move away [from] some of the heavy emphasis of drinking activity and make it more student-friendly,” said Law School alum John Thomas “T.J” Duane, the original brain behind HL Central.

Duane is big on student friendliness: As a first-year law student, he founded the group to generate a “positive vibe on campus.” The organization, whose board is composed of a mix of students and alumni, hosts many widely-attended events, like its Charity Bash, generating an enormous amount of revenue, said Duane, who graduated from the Law School in 2002.

According to Duane, the organization is also funded by law firm sponsorships and advertisers “as opposed to taking any money from the students,” a reference to the $350 pricetag at Lincoln’s Inn.

Under the new plans, the house will be run by a board of three directors, headed by Law School student Elizabeth A. Russo. While the Lincoln’s Inn board was forced to resign, Russo said many traditions—such as the Winter Dinner—will be kept.

“I see it as kind of an alliance to sort of help get the board rolling with all the new things, but HL Central is really going to take the lead with the renovations,” she said.

Renovation plans, according to HL central members, are undeniably needed.

Creaky and in disarray, the building shows the wear of its partying years. “The floors are sticky,” Douglass says with frat-boy swagger, proudly pointing out the table where he and his friends played beer pong.

“The plan is basically to gut it and redo everything,” Russo says.

Due to negotiations, the building was closed this past year, having a minimal impact on students, according to both Douglass and Russo. It will reopen, according to Duane, sometime in the next school year.