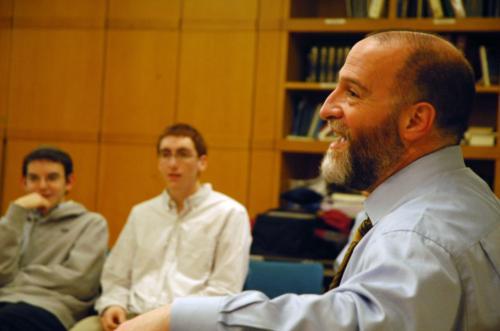 The future table of general education offerings at Harvard now has a chair.

The popular master of Cabot House has been an active participant in discussions surrounding the curricular review since its inception.

Under Harris’s leadership, the standing committee will be responsible for determining how to implement the University's first new program of general education in a generation.

Pilbeam has said that the committee, which will be formed over the summer, will include about 10 professors.

Harris, now the chair of the Near Eastern Languages and Civilizations Department, came to Harvard in 1989.

"I'm delighted that he has accepted this important position," Pilbeam said in a statement on Thursday, "and I have every confidence that he will carry it out superbly."

Harris co-chaired the Working Group on the Overall Academic Experience in the first phase of the curricular review.

He has criticized the current structure of the curriculum and the Core, in particular.

"Such a structure results in a terrible waste of faculty resources," Harris wrote in a 1996 editorial. "It actually impedes intellectual growth."

The general education legislation approved by the Faculty on May 15 outlined the purpose of Harris’s committee. Along with any subcommittees, the standing committee will help recruit faculty to develop new courses and determine which departmental courses will count for general education credit.

Harris, who teaches Moral Reasoning 54, “If There Is No God, All Is Permitted,” might seem intellectually suited to lead a committee charged with deciding what is permissible for general education at Harvard. He did not immediately return a request for comment.