Students Gather to Act Against Poverty 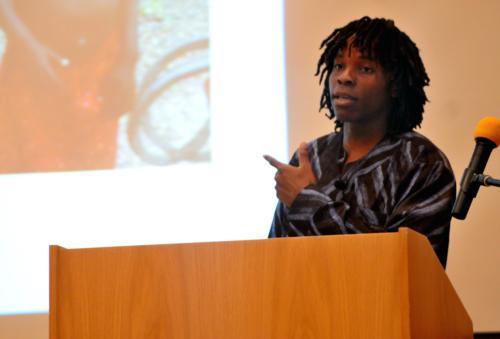 Boston-area college students joined over 100 million people from around the world in the “Stand Up & Take Action Against Poverty” movement on Friday, holding a rally in Paine Hall and at the Cambridge Queen’s Head Pub.

The approximately 100 attendees publicly committed themselves to the Millennium Development Goals, which call for halving the number of people in extreme poverty by 2015.

The rally’s keynote speaker, Harvard Kennedy School student Hyoung-Joon Lim, spoke about his personal experiences in developing countries and compared worldwide hunger to the Indian Ocean tsunami that killed an estimated 225,000 people in 2004.

“Hunger is a silent tsunami,” Lim said. “[Every] three days, the same number of people who died in the tsunami are dying from hunger.”

Lim highlighted the obstacles to achieving the other Millennium Development goals—which include targets for social indicators like gender equality and primary education—as long as widespread hunger persists. He called poverty a self-perpetuating “vicious cycle.”

The Stand-Up rally also featured many students who have successfully implemented relief projects in Africa.

David M. Sengeh ’10, who spent the summer in Sierre Leone distributing insecticide-treated mosquito nets and teaching about the dangers of malaria, stressed the need to take action.

“Its important to plan an idea, but you must actually go into the field,” Sengeh said. “We could have waited, and waited and waited, but we took the first step and tried.”

At the Queen’s Head Pub, students and community members distributed information about tangible contributions that students could make to poverty relief, including selling locally made beads and going on service trips to Africa.

The rally was sponsored by the Youth Alliance For Leadership and Development in Africa at Harvard and the Millennium Campus Network—an organization composed of students at Harvard, the Berklee College of Music, Brandeis, Boston University, MIT, and Tufts. Since MCN was founded last fall, the organization has hosted a conference attended by over 1,700 students, along with a summer service trip to Nicaragua.

Roxanne N. Bischoff, a Brandeis sophomore, said she that her peers at the “Stand Up” rally left her inspired.

“I’ve been to events that were entirely dominated by faculty and prominent people,” Bischoff said. “The fact that this was run by our generation created a different, empowering kind of atmosphere.”