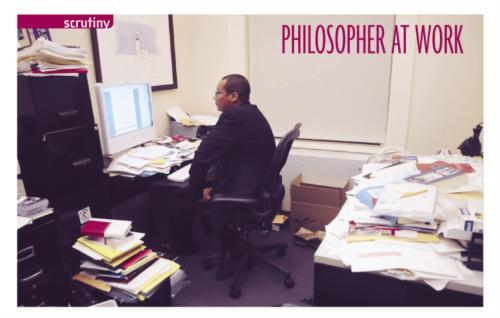 Harvard’s African and African American Studies department is located in an intimate area on the second floor of the Barker
By Abby D. Phillip

Harvard’s African and African American Studies department is located in an intimate area on the second floor of the Barker Center. Some walls are covered in accolades for faculty members and students. Others are adorned with photographs of luminaries including W.E.B DuBois, Richard Wright, and Frederick Douglass. Still others are hung with more than 30 black and white portraits of Harvard’s first black students.

In 1969, the Af-Am department was formed in response to student activism that had been spurred by the death of Martin Luther King Jr. in 1968. Since then, the department has been home to a number of leading intellectuals, such as Henry Louis Gate, Jr. and Cornel R. West. But over the past ten years the Af-Am faculty shrunk to bare bones after University President Laurence H. Summer’s contentious tenure spurred the departure of five prominent scholars.

Only recently have some of these individuals returned. On a bulletin decorating a wall in the department’s lobby, newspaper clippings from magazines such as the “Boston Globe” herald, among other things, the much-anticipated return of Marcyliena Morgan, a scholar on hip-hip, to the Af-Am faculty. Morgan was denied tenure under Summers.

While the department has sought to regain its footing, Professor of Af-Am and Philosophy Tommie Shelby has been a constant presence—even as many of his colleagues sought positions elsewhere.

A little further down the hallway from the lobby, chatter and laughter can be heard through an open door. Inside, Shelby sits with his back to an open window that looks out at the courtyard in front of the Barker Center. His office seems to shout “A philosopher works here!”—papers, books and printouts are strewn across nearly every flat surface, including the floor.

“I’m messy, that’s all,” he says. “There are papers on my desk that are probably three or four years old.” He offers no apologies, only a rational explanation: he can be productive even in the midst of chaos. In fact, he would prefer to read the news rather than clean. It’s a more productive form of procrastination, he insists.

After only a couple of minutes of conversation, a few things are apparent about this man. He is relatively young, or at least, youthful, and he is unwilling to indulge in talk of his own success.

His conversation is at once colloquial and cerebral; “likes” and “you knows” are intermixed in discussions about “ethical commitments” based on race and Karl Marx’s “controversial doctrine.” At only 40 years old, Shelby is one of the younger tenured members of Harvard’s faculty—and his appointment came just nine years after he received his doctoral degree in philosophy from the University of Pittsburgh.

Even so, Shelby insists that he isn’t that interesting. His life, he says, consists primarily of “fortuitous” events, few of which resulted from significant planning on his part.

It is only after some probing that Shelby laughingly admits that he may be prone to modesty. Indeed, in a department that has its share of high-profile faculty members both past and present, Shelby stands out as decidedly understated.