On the Faculty’s Docket 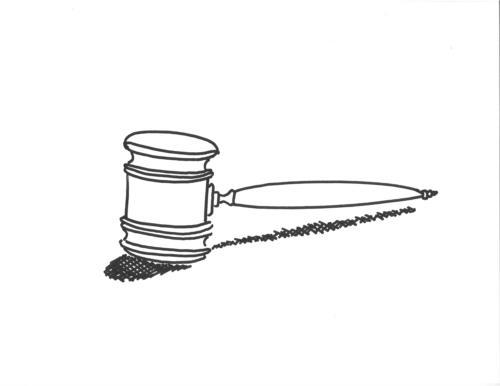 December’s meeting of the Faculty of Arts and Sciences was dominated by discussion of one issue—Harvard’s handling of the Israel-Palestine conflict—to the neglect of General Education and curricular reform. The subsequent January meeting was cancelled due to “insufficient business,” despite the pressing and important issues that have sat idly on past Faculty meeting dockets. For the first time in two months, however, the Faculty will finally convene today–this time, hopefully, to rescue these issues from the horrors of bureaucratic limbo. We hope that they can finally overcome the usual obstacles and efficiently pass these measures without delay.

The first issue on the docket for this meeting is Q reform. The Faculty’s plan would, among other things, make course evaluations mandatory for all courses with five or more students and make course grades available early to students who have submitted course evaluations. Other issues on the floor include creating a PhD program in film and visual studies, and making articles published by faculty members available for free. These issues, each of which we have previously endorsed, ought to be passed as efficiently and speedily as possible.

For this to happen, the Faculty must prioritize the success of these measures over their selfish concerns and petty differences: First, we implore professors to attend tomorrow’s meeting. While professors have many commitments and duties, even the busiest can afford to spend a few hours on a Tuesday afternoon to act on issues of concern to students. Not only will a vote with higher turnout better reflect the Faculty’s opinion, but high attendance will ensure that the meeting has the quorum necessary to pass binding legislation.

Second, we urge the Faculty not to let the meeting get bogged down by pontification and meaningless speeches. While the airing of dissenting opinions can help some professors make up their minds, too often the debate becomes redundant and unnecessary—especially on issues such as these, which have been before the Faculty’s consideration for ample time. The Faculty should put aside minor disagreements to focus on the benefits of passage and the costs of further delay. This meeting should not be an open forum for professors to discuss unrelated topics, but a constructive gathering aimed at efficiently passing these reforms.

Despite recent precedent, we know the Faculty is capable of overcoming institutional inertia and internal disagreements to effect concrete reform, which will benefit the University most if passed with deliberate speed.