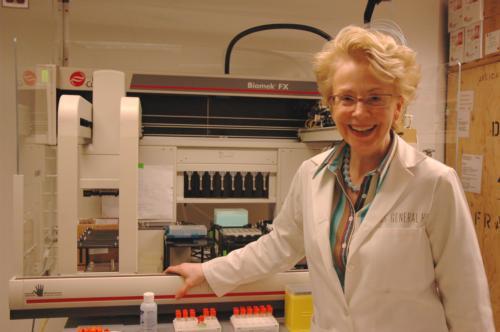 Harvard researchers began a clinical trial in December to determine whether a vaccine originally developed to treat tuberculosis (TB) can cure Type 1 diabetes.

“Most trials trying to reverse the disease are for new-onset diabetes,” said Denise L. Faustman, a Harvard Medical School professor who is helping to lead the study. “This is one of the first trials actually trying to manipulate the immune system in someone who has a long-standing disease.”

The vaccine, which was initially developed to prevent tuberculosis, causes low-grade inflammation that prevents abnormal immune cells from destroying cells that produce insulin in the pancreas; scientists say this might be a cure for Type 1 diabetes.

Because of its long history of use, the vaccine is considered safe.

“We are using a generic drug that has been around for 80 years and has an impeccable safety profile,” Faustman said.

Both Faustman and David M. Nathan, a professor at the Medical School who is directing the study, emphasized that the project is still in its early stages.

“This is really just the first step of what may be a long process to see whether we can cure diabetes,” Nathan said. “We are being very, very cautious about this. We really don’t know if it is going to work.”

“Until we get to humans,” Faustman said, “we don’t know the final answer.”

The current trials were inspired by a study published by Faustman in 2001 demonstrating that the TB vaccine effectively cured cancer in diabetic mice. While there was initial skepticism about her findings, seven subsequent studies confirmed pancreas regeneration in mice.

“Not only had we found a way, in a targeted manner, to kill the bad T cells, but the pancreas had regenerated,” she said. “We had the first data in the world showing that we could cure end-stage diabetic mice.”

Nathan suggests that the vaccine, which has also been approved for treatment of bladder cancer, might see more widespread use if the trials are successful.

“If this works in diabetes, one of the questions is whether it could work in other autoimmune diseases,” he said.

Faustman said the study has received an enthusiastic response from people suffering from diabetes, adding that it is “a pretty depressing disease.”

“Kids check their blood sugar six times during the day or night,” she added. “They can’t go to camp. Their parents can’t sleep at night.”