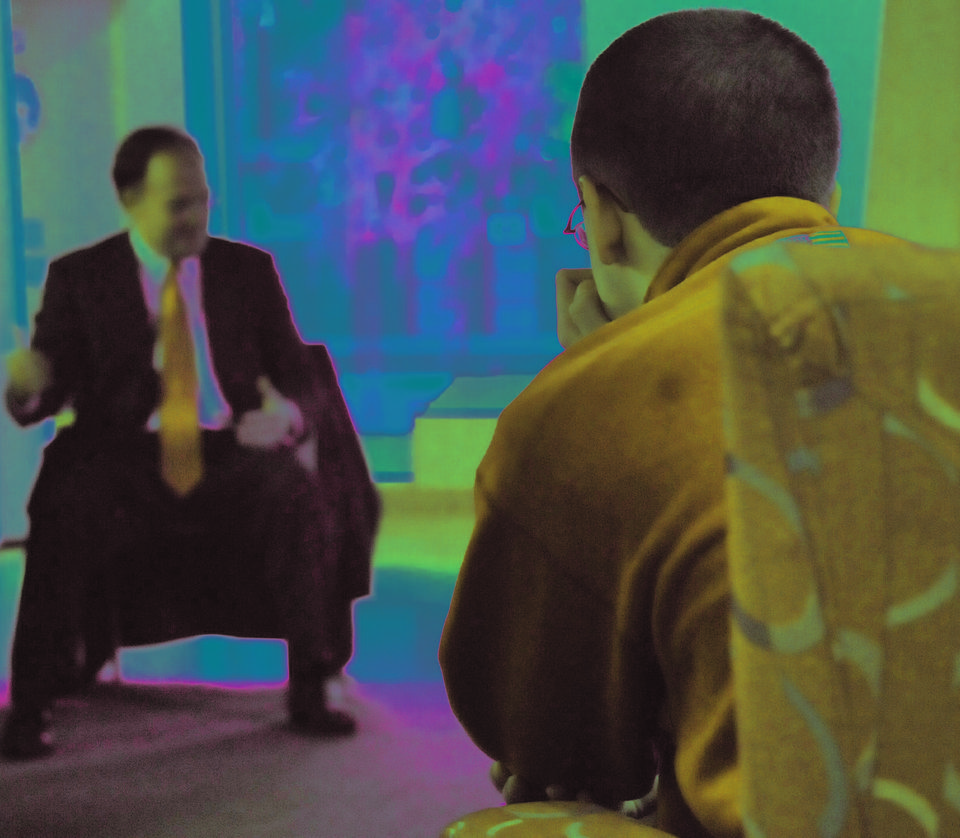 A student listens as a member of the committee in charge of Harvard's re-accreditation explains the committee's objectives. The committee met with students yesterday afternoon in Ticknor Lounge, Boylston Hall to talk about academics and quality of life at Harvard.
By Lauren D. Kiel and Eric P. Newcomer, Crimson Staff Writers

Only five students showed up yesterday to voice their thoughts on life at Harvard at a meeting with the New England Association of Schools and Colleges reaccreditation committee, a group of officials from peer institutions conducting a holistic evaluation of the University.

While it is unlikely that the committee, led by Georgetown President John J. DeGioia, would deny Harvard reaccreditation, the process allows students to voice criticism and praise of the University. Philipp W. Grimm ’11, one of the four undergraduates—the fifth student was in graduate school—who attended the meeting, suggested that the low turnout was indicative of the Harvard administration’s inability to communicate successfully with the student body.

“The administration needs to rethink how it interacts with students,” Grimm said. “The dean sent out an e-mail to the student population, and only four of us showed up on our own free will.”

While attendees said they were not particularly upset by the elimination of hot breakfast on weekdays in the Houses—one of the more widely discussed budget cuts among students this year—they did express disappointment at the way the College administration handled budget cuts in the spring.

They criticized College officials for announcing the cuts during the May reading period and for notifying students of town hall meetings to discuss the cuts only minutes before they were scheduled to take place.

Other than their critique of the administration’s communication with students, however, the undergraduates who attended the reaccreditation meeting generally voiced positive feedback about life at Harvard.

They also lauded the new General Education program, citing the new requirements’ simplicity and the improvement in the quality and relevancy of the courses.

Reaccreditation is a voluntary process that allows universities and colleges to show the public that they meet a variety of standards in areas ranging from academic programs to financial resources.

Many jobs and professional schools require applicants to have degrees from accredited institutions.

The University was last reaccredited in 1997.

“I don’t think anyone in the process expects us to come back and say that Harvard shouldn’t be an accredited college,” said Yale Deputy Provost and committee member Charles H. Long. “We try to make it a constructive report rather than a report intended to find out huge gaps and places where the University has fallen apart.”

The committee will remain on campus until Wednesday.