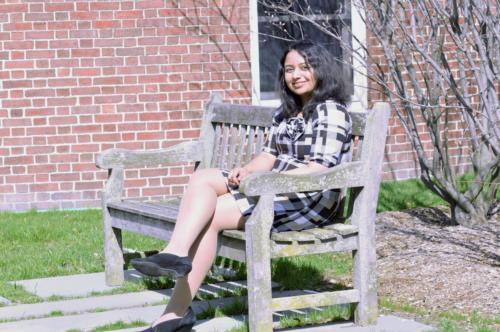 Do the Write Thing

Seven years ago, Paul Harding was just starting out as an Expos preceptor. At nights he would teach fiction writing
By Maria Y. Xia

Seven years ago, Paul Harding was just starting out as an Expos preceptor. At nights he would teach fiction writing at the Harvard Extension School, then go home and help take care of his newborn son. “Once I had kids, I realized how much free time I used to have,” Harding says. “It was a kick in the ass; I couldn’t be precious about writing.” Over the next three years he would juggle his careers as educator and father, while completing his first major published work.

Harding’s debut novel, “Tinkers,” published this past January, was the product of various scraps of writing—from a 4x6 notebook to Post-It notes and scratch paper. Harding refers to this haphazard production strategy as “guerrilla writing.”

“I learned to drop right into the mental space,” he says. “When I had two free minutes, I would write. When I’m doing dishes, I would think about what to write.”

Time pressures exist for every creative writer at Harvard, from the professional to the ambitious student, and those writers have learned to cope in different ways.

“Writing takes a lot of mental energy,” says Shoshanna L. Fine ’10, one of few students accepted to write a creative thesis. “I’m fortunate that there is a creative track in the English department that allows me to prioritize writing.”

Fine, now in her third fiction workshop with Senior Lecturer Bret A. Johnston, acknowledges that the formal deadlines of a workshop are helpful in sustaining her writing. “There is so much going on that I can’t find time to do things if there isn’t a school pressure,” she says. “I would probably not be a writer if I were not writing a thesis and taking these courses.”

Others see creative writing as a complementary endeavor to their academic studies. Angelo S. Mao ’10 is an Engineering concentrator who plans to pursue a career in that field. On the side, however, Mao has written around 20 short stories, a novel, and 50 poems, and he has taken three creative writing workshops.

“I like to think that it didn’t hurt my grades, because it fulfilled some spiritual or psychological need that helped me do better in classes,” says Mao, smiling. “At least that’s what I tell myself.”

Fiction writers are especially affected by the pressure on Harvard students to use their degrees for a high-powered career. The publishing industry is infamously difficult to break into, and success is far from guaranteed. “A writer is a hard thing to become,” Fine says. “I’m not sure—maybe [I’ll write] at some point, but not immediately after college. Maybe.”

Mao also feels an obligation to stay in the sciences—a pressure he partly attributes to his upbringing. “I see a career in engineering as more productive,” he says. He expresses discomfort at having to compromise his writing to satisfy the industry. “Writing professionally means you have to deal with being a popular writer. I hold myself to a higher standard.” At the same time, Mao wouldn’t be happy being “just a scientist,” saying that he will continue to write on the side.

And in addition to balancing other interests and personal integrity, there is also the issue of paying the bills. Harding, who now teaches only at the Extension School, puts the financial matter bluntly. “If you’re going to be a fiction writer you have to understand that you’re not going to make any money out of it,” he says. “You need to assume a profession to get the paycheck.”

Eric D. Bennett ’97 has a scholarly air about him. He speaks slowly and chooses his words carefully, as a fiction writer might.

“It takes audacity to declare yourself as a fiction writer, especially with no prior publication,” the Pforhzheimer House tutor says.

As an undergraduate, Bennett attended Deep Springs College and finished his B.A. in English at Harvard University. He received his Masters of Fine Arts (MFA) from the University of Iowa Writers’ Workshop and is earning his Ph.D. in English at Harvard this year. His dissertation is on the rise of creative writing programs after World War II. He is currently working on his second novel.

“Writing fiction while doing a graduate degree in English is probably something like being gay in the Army,” Bennett says. “Half your colleagues are titillated by the same thing as you. But it doesn’t mean they want you to talk about it.”

That might explain the fact that while there are many writers among Cambridge’s literati, Bennett feels the writing scene can be surprisingly hush-hush.

According to Bennett, the relative silence of the writing community stems from a combination of individual pride and the English Department’s notoriously critical approach. Bennett perceives this as having an indirectly positive effect.

“The English Department discourages writing on the side, but not explicitly,” Bennett says. “Those who take writing seriously learn it’s best to do it on one’s own.”

Despite holding an MFA, Bennett is lukewarm about creative writing programs. “MFA programs seem unrelated to excellent writing...Writing programs are gratifying, but there should be no inflated expectations about how one will advance a career,” he says. “Workshops should probably be regarded as personal, not professional opportunities.”

Still, Harvard offers a wide array of avenues for a writer. “Harvard is full of great ideas and people,” Bennett says. For aspiring writers, he recommends concentrating in “something other than creative writing to gain an idea of another field, which would improve you as a writer.”

Bennett also argues against the idea of establishing an MFA program at Harvard, pointing out that Harvard’s undergraduate program produces enough great writers on its own. “If you look at a list of Advocate alums, it compares remarkably well to graduate programs in writing like the one at Iowa,” Bennett says, referring to the Harvard literary publication of which he was also a member. “Harvard recognizes this, and they know a Bachelor’s is enough.”

Much of creative writing’s inconspicuousness has to do with its being a solitary pursuit, which is often integral to its appeal. But for those who seek it, a fiction community exists both within Harvard and the Cambridge area.

Apart from undergraduate publications like the Harvard Advocate and Tuesday Magazine, the Dudley House Review provides a more graduate student-friendly space for writers to come together in workshops and in print.

Rita Banerjee, a graduate student in Comparative Literature, has lived in New Jersey and Washington and calls the Cambridge creative community particularly strong.

“Graduate students and undergraduates are very dedicated to the craft, which is often of a MFA quality or better, and students respect their peers,” she says. “It’s really nice to have a sense of community—it gives you a sense of the aesthetics you believe in.”

When she is not working on her newest manuscript of poems, Banerjee is an editor at the Dudley Review and also participates in the Cambridge Writers’ workshop. Unlike Bennett, she advocates expanding the fiction community on campus.

“Harvard would do well to get more outlets for its writers, [more places] for students to showcase their works.”