Researchers across Harvard work to expand understanding of H1N1 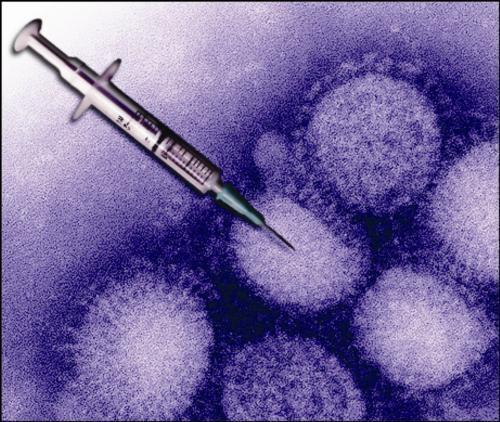 As H1N1 continues to spread on campus, Harvard researchers have taken on important roles shaping the response to the swine flu outbreak that continues to capture national headlines.

Researchers like Marc Lipsitch at the School of Public Health are estimating that, for all the hysteria surrounding the illness, this season’s death rate from H1N1 may not differ substantially from that of a moderate seasonal flu epidemic.

Lipsitch, an epidemiology professor, currently leads a team of biostatisticians, research scientists, and doctors who have spent the last five months estimating the transmissibility and severity of the virus.

But with the peak of flu season fast approaching, such predictions will soon be put to test.

“The role of the predictive research I am doing is coming to an end, as we approach a big wave of flu,” Lipsitch says. “The most important task now is to get drugs out to people who need them.”

And with a mild outcome far from a lock, a slew of other researchers with Harvard ties are investigating the vaccines and viral pathology necessary to combat the virus if outbreaks balloon into an epidemic and grappling with the question of how government leaders should handle the worst-case scenario.

The newly established Center for Communicable Disease Dynamics—where Lipsitch conducts much of his research—currently has 14 ongoing projects related to the H1N1 virus. Funded through the MIDAS program—an NIH initiative to gather information about how diseases spread—the center will receive more than $15 million over the next five years and has become hub of Harvard research on the disease.

Research Assistant Justin J. O’Hagan, who has worked on several studies with Lipsitch, says that the Center will support a “critical mass of researchers” through collaborations with Harvard specialists as well as international scientists, journalists, and public policy experts.

“We have been trying to do a lot of things at once since the outbreak of H1N1,” Lipsitch says. “Two of the most important tasks are estimating the transmissibility and the severity of the virus.”

When swine flu first appeared in Mexico in the spring, it seemed that the cases were more severe than those reported in the United States, O’Hagan explains. In a study led by Lipsitch, researchers performed “disease surveillance” to determine the severity of the flu and see if the strain was similar in both Mexico and the United States.

“In the beginning, there is very much a scrambling for data,” says O’Hagan. “Flu in one form or another has been going around for quite some time, but we wanted to know if this was going to be like seasonal flu, or more like the 1918 Spanish Influenza.”

The group looked at the number of tourists traveling to Mexico from the United States, Canada, and the United Kingdom, who returned to their home country with swine flu and compared that number to those reported in Mexico. They concluded that Mexico was under-reporting cases and was missing a large portion of the mild cases, largely because such patients rarely seek medical attention.

“Every country has been under-reporting cases throughout the whole epidemic,” O’Hagan says. “In fact, most countries gave up even trying to keep accurate estimates very quickly as the numbers grew rapidly.”

Another of Lipsitch’s team spent the summer examining the transmissibility of the H1N1 virus.

“Depending on the characteristic of the epidemic, it will either die by itself, we can control it, or it will take over the world and kill us all,” says HSPH Professor of Statistical Computing Marcello Pagano.

Pagano used statistical models to see how the data accrued, and how accurate it was at the time of the outbreak, he explains.

“Given the quality of the data, we can say that this pandemic could be controllable,” Pagano says.

The project was completed during the summer, before the swine flu vaccine was introduced.

“Before vaccines are available you have one set of conditions,” says Pagano, whose initial analysis on the controllability of the flu was shared with the CDC. “Now, the whole complexion will change radically, assuming the vaccine is going to work.”

As treatment centers still wait for the H1N1-specific vaccine, two other recent projects at the center are related to the effect of traditional antiviral flu drugs on high-risk patients, and the transmission of H1N1 within households.

HSPH Research Scientist Edward Goldstein was part of a team that included O’Hagan and Lipsitch, the head of the Center. The group suggested the use of Tamiflu—a common seasonal flu treatment—for high-risk patients, including pregnant women and the elderly. By giving the drugs early-on to individuals with a high risk of complications, the researchers hope to lessen the fatal effects of flu, Goldstein explains.

A second project examined the transmission of H1N1 within families in Milwaukee, Wisconsin. The study presented data showing that early administration of Tamiflu was beneficial in lessening the possibility of transmitting disease within families, in addition to lessening flu symptoms, says Goldstein.

“This study shows the benefit of people seeking medical attention early on,” O’Hagan says, adding that the study has been forwarded to the CDC and is waiting for publication.

While much of the H1N1 research at Harvard is focused in the Center for Communicable Disease Dynamics, other experts are examining the disease through the lens of their own specialties.

Wayne A. Marasco, a Medical School associate professor who also holds a post at the Dana-Farber Cancer Institute, has been researching the factors that may influence an individual to produce antibodies for swine flu and other influenza viruses.

“Because the virus keeps changing its code protein, each season there is a different strain that people need to get vaccinated against,” says Marasco, whose research is still ongoing. “We are seeing if it is possible to create lifelong immunity depending on the genetic makeup of an individual.”

In addition to research on the ground level, a collaboration between HSPH, the Harvard Kennedy School, the CDC, and the U.S. government, is working on ways to train leaders in crisis management and leadership responsibilities—from dealing with terrorist attacks to natural disasters.

Co-Director of the National Preparedness Leadership Initiative Leonard Marcus has been meeting with both health policy experts and White House representatives on how to cope with crisis.

“Bad leadership is a public health risk factor,” says Marcus, who met with leaders at the CDC in Atlanta during the first hours of the swine flu crisis. “The US is on a steep learning curve on how to respond to crises.”

“We give an opportunity for leaders to make good decisions based on science,” he says.

As the flu hits the Harvard campus this fall, Medical School Professor and Editor-in-Chief of Harvard Health Publications Anthony L. Komaroff has been involved in public outreach, including creating videos to show people how to protect their families from swine flu.

“I think in the next few weeks we will see some policies issued, and the first swine flu vaccine given as early as October,” he said.

For the Harvard researchers, much of the next few months will be a time of waiting, as they monitor the data of new swine flu cases and see if their hypotheses, which were based on initial research from the summer, were supported.

“A preliminary look shows that overall, the epidemic is mild and the fatalities are mostly in the high-risk patients,” Goldstein says. “Hopefully it will stay that way.”