Nancy F. Cott, an expert in the history of marriage, takes the stand 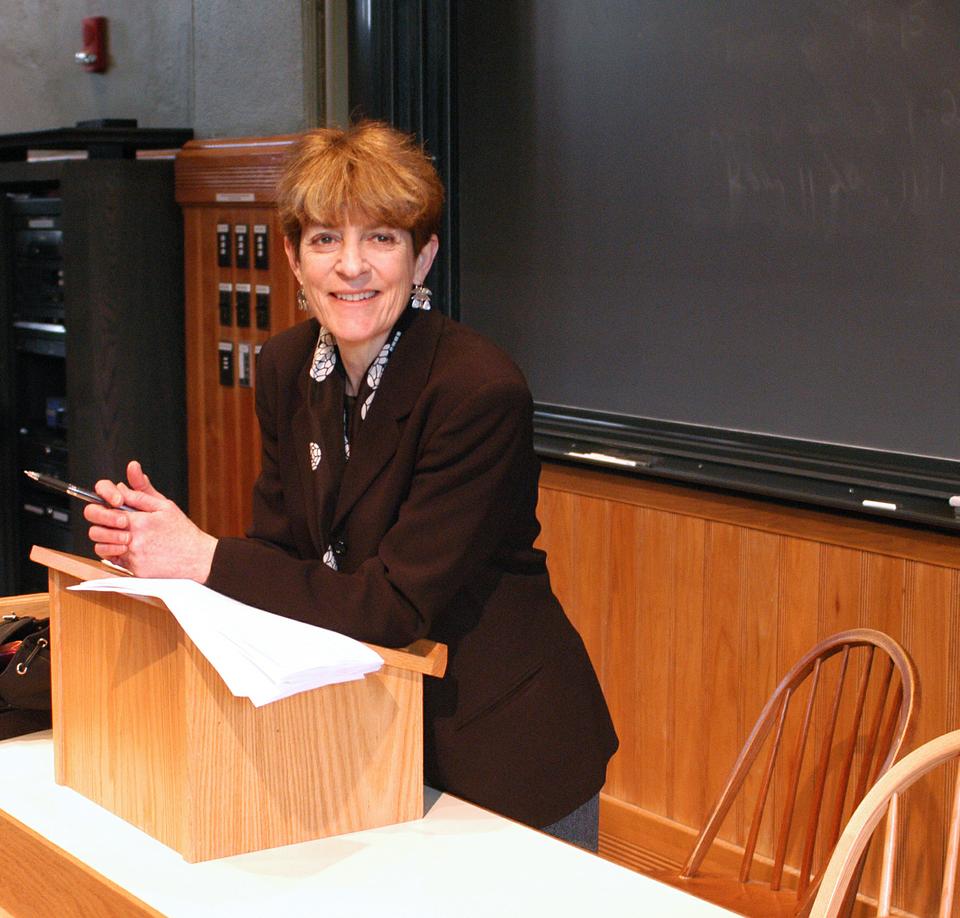 In Perry v. Schwarzenegger, the various plaintiffs sued their respective county clerks and several state officials, including Governor Arnold Schwarzenegger, after they had been denied marriage licenses in different California counties after Proposition 8 passed in November 2008.

The plaintiffs’ lawyers called upon Cott, an expert in the history of marriage and a scholar of 20th century gender relations, to the stand on Tuesday. In her testimony, she drew connections between the current restrictions on same-sex marriage and former marriage restrictions, such as the laws that once forbade white women from marrying Chinese men and the infamous miscegenation laws repealed in 1967 that prohibited white women from marrying black men.

But several points made by Cott—for example, that families are just as important to children as marriages—proved unconvincing for several members of the opposing counsel.

Cott responded in an e-mailed statement to The Crimson on Thursday that her point had not been about importance in any absolute sense but rather importance from the perspective of the state with the authority to create marriage rules.

The state, Cott said, is concerned with responsible adults supporting the dependants in their households, and whether the adults are the biological parents of those dependants is less of an issue—which the history of domestic relations law makes clear.

Also, The New York Times quoted a lawyer for the defense who believed Cott’s testimony to have backfired on the plaintiffs because, in his view, Cott did not explain why certain restrictions—such as polygamy—are legally permissible while others are not.

Cott responded that she had indeed explained monogamy as the “American way of marrying,” which has always been viewed in direct opposition to polygamy, as evidenced by the federal government’s 19th century campaign against the Church of the Latter-Day Saints.

Theodore J. Boutrous, Jr. of Gibson, Dunn & Crutcher—one of the lead lawyers for the plaintiffs who put Cott on the witness stand—wrote in an e-mailed statement that Cott was a strong addition to his case.

“She was a tour de force," he wrote. "[H]er testimony was powerful, compelling and the cross examination didn't lay a glove on her.” The defense could not be reached for comment on Wednesday.

For many equal rights advocates, her testimony can be used to support a historical argument—namely, that previous marriage restrictions are now unconstitutional and that same-sex restrictions should follow suit—that is essential in establishing the legality of same-sex marriage.

“I think it’s imperative that we make as convincing a legal argument as possible in the case to overturn Proposition 8,” wrote Timothy P. McCarthy ’93, director of the Human Rights and Social Movements Program at the Harvard Kennedy School’s Carr Center for Human Rights Policy and a founding member of Barack Obama’s National LGBT Leadership Council, in an e-mailed statement. “Placing the LGBT marriage fight within the context of other historical struggles to overturn similarly discriminatory marriage statutes is a critical part of that argument.”

But for others the historical argument is not enough to overturn Proposition 8.

“I'm unsure if this is the most important [argument] to make,” wrote Christian L. Garland ’10-’11, co-chair of the Harvard College Queer Students and Allies, in an e-mailed statement. “Personally, I think it has to be used in tandem with any number of other legal arguments. Refuting Scalia’s and other justices’ argument of 'special rights' is going to be more important.”

Cott herself, who will teach a history course this spring entitled “Men and Women in Public and Private: The U.S. in the 20th Century,” is unconvinced that the historical argument should be enough to solve the legal issue at hand.

“I've never said or implied that historical parallels or analogies should be dispositive in a legal case,” she said. “What we know of history is simply the best guide we have for the future.”

Even if Cott’s testimony fails to convince a judge that same-sex marriage restriction is a civil rights issue akin to the miscegenation laws of the early 20th century, supporters of marriage equality such as Marco Chan ’11 have sworn to continue their fight.

“As a member of the queer community and an activist on the ground,” Chan wrote in an e-mailed statement, “I can say for certain that whatever the outcome, queer and their allies will continue to work tirelessly to achieve marriage equality.”