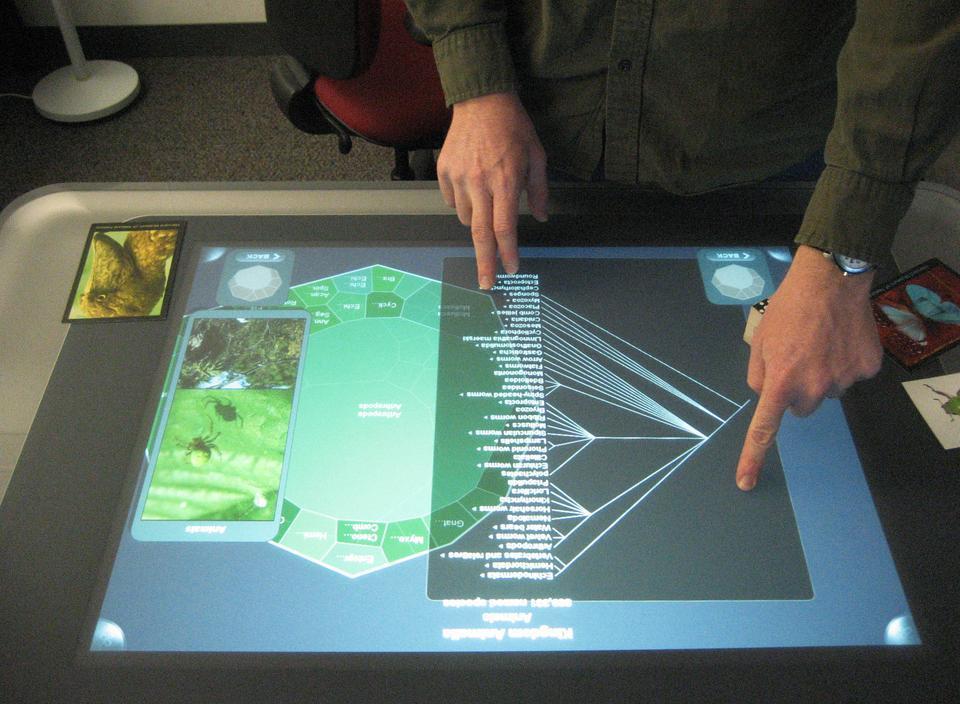 A team of computer scientists and education researchers at the Harvard School of Engineering and Applied Sciences has been awarded a three-year, $2.3 million grant from the National Science Foundation to develop interactive educational software on the topic of evolution.

The grant will fund the creation of a digital museum exhibit that utilizes touch-screen technology to allow users to explore a “Tree of Life,” which will visually catalogue nearly all of the known plant and animal species on earth.

The exhibit will also include collaborative games that allow users to informally learn about topics like natural selection and competition among species.

Once the software for the exhibits has been completed, it will be displayed in at least five museums across the country—including the California Academy of Sciences and the Boston Children's Museum—providing the new technology with a potential user base of 4.5 million or more visitors every year.

The initiative brings together a “variety of people” in fields as diverse as computer science, evolutionary biology, and cognitive developmental psychology and learning sciences, according to Chia Shen, the director of the Scientists’ Discovery Room Lab at SEAS, which will be spearheading the project.

“This is a highly interdisciplinary, highly collaborative proposal,” Shen said.

She added that the project’s unique focus on how to educate the public using cutting-edge technology may have made the project an attractive candidate for the NSF grant, which was awarded by the Division of Research on Learning in Formal and Informal Settings.

“Part of the focus from the NSF perspective is really enhancing informal science education,” Shen said. “It’s very hard for the public to understand evolution without some type of interaction and visualization that makes it more intuitive.”

Shen noted that the grant was awarded in an extremely competitive application process. She said that the NSF received roughly 600 preliminary proposals for the grant money last year, but that only 40 projects were ultimately funded.

Shen said that the greatest challenge for the project lies in the complexities of designing the exhibit itself.

She also highlighted the challenges of designing a “multiuser adaptive interface” which will allow users to join and leave an interactive game as they come and go.

An earlier version of the Oct. 19 news article "SEAS Group Wins National Science Foundation Grant" incorrectly stated that the software for the exhibits will be displayed at the Museum of Science, Boston. The correct location is Boston Children's Museum.