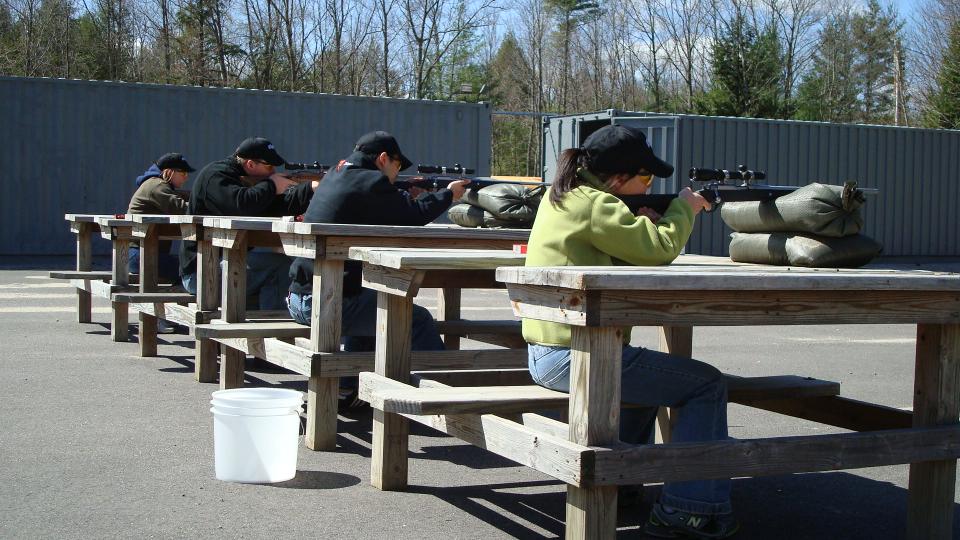 One of Harvard’s oldest clubs is now back and fully loaded. The Harvard Shooting Club, the only University-sanctioned group that ...
By Leslie B. Arffa

One of Harvard’s oldest clubs is now back and fully loaded. The Harvard Shooting Club, the only University-sanctioned group that utilizes handguns, pistols, and shotguns, has recently been named an official club sport team. Originally formed in 1883, HSC was disbanded in 2003 because of a lack of student involvement. In October 2009, a group of students went on a shotgun trap outing with the Harvard Law School and became so enthused about the sport that they decided to revive the organization.

The club immediately began organizing group outings, target practices, and open classes, which were wildly popular on campus. Within two days, 140 campus gun enthusiasts had signed up for their course “Handguns 101.” With so much student interest, the club leadership decided that the time was ripe to apply for a status upgrade to an official club sport.

But to gain this kind of recognition, they had to bring out the big guns.

“We had to go through a lot of bureaucratic red tape and restrictions,” said team co-captain Tian Wang ’12, referencing the safety concerns, liability issues, and financial logistics that they had to address. “We applied in February and weren’t approved until September.” Currently, there are 50 students who count shooting shotguns as one of their activities at Harvard, and in the past two years, the team has raised over $13,000 in funding, primarily from the National Shooting Sports Foundation.

“There’s a marked difference between a team and a club,” said team member Lila E. Nieves-Wang ’13, who has been shooting since she was 6 years old. “I love the new team vibe. It brings people in and they’re much more committed.” The team practices trap and skeet shooting with shotguns off-campus, and hopes to begin target shooting with pistols and rifles in the spring.

“It’s been a very satisfying experience,” said Wang. “I don’t think there’s anyone who’s tried it and been like ‘ehh.’ Everyone loves it.” The team is still planning on giving open classes and holding paintball competitions. Newcomers are welcome, so anyone is welcome to ride shotgun in this learning process.