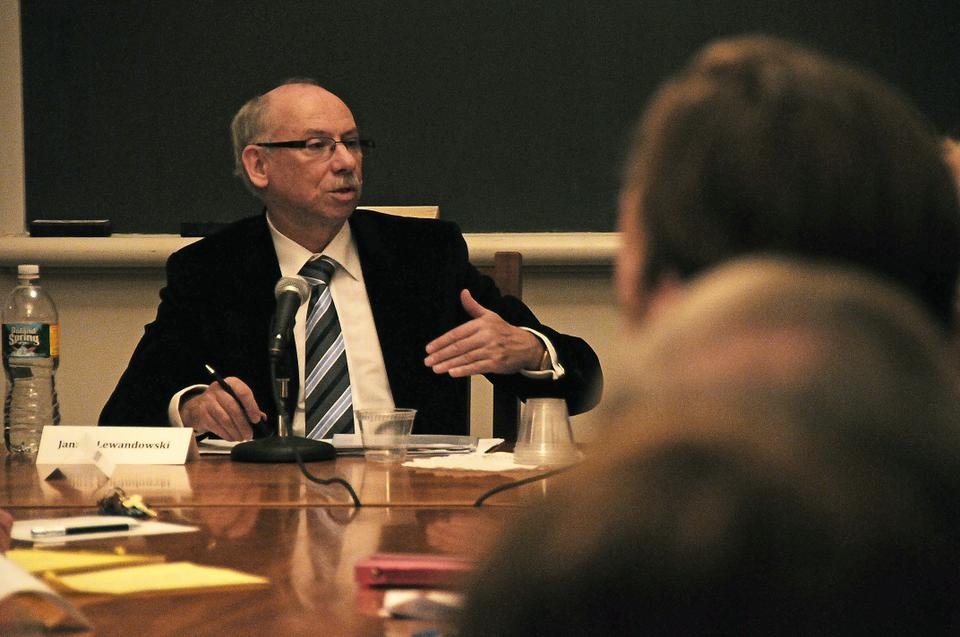 Janusz Lewandowski, Commissioner for Budget and Financial Programming of the European Commission, speaks about anti-crisis strategies in Europe and America, looking ahead to the next potential financial fallout.
By Matthew E. Warshauer, Contributing Writer

European Commissioner for Financial Programming and Budget Janusz Lewandowski discussed solutions to the financial crisis last night as part of a series of conversations on the challenges of the 21st century from American and European perspectives.

Lewandowski emphasized the economic links that bind the United States and the EU as they recover from the global financial crisis.

Economics Professor Phillipe Aghion, who chaired the event, introduced Lewandowski to the audience and queried him on the future of European and global economic policy.

When asked whether Europe could overcome the current financial crisis and achieve sustainable long-term growth, Lewandowski responded with a declarative “Yes, we can,” expressing his view that Europe and the world will find opportunity in the crisis.

Quoting an old medical definition of the word crisis as “the point at which a disease kills or changes for the better,” Lewandowski said that the current economic crisis could be a “catalyst for improvement.”

He added that despite the economic ties that link Europe and America, the regions must take different approaches to their financial troubles. Europe must consolidate economic power and reduce spending if it truly wishes to build a permanent anti-crisis mechanism, he said.

Lewandowski also talked about practical steps for dealing with the next financial crisis, advocating for a more data-based approach and a heavier reliance on statistics to govern economic policy.

Mathieu Segers, a visiting scholar at the Minda de Gunzburg Center for European Studies, said that Lewandowski’s comments regarding the harmonization of the Euro Zone were “very bold,” considering what he described as European nations’ reluctance to transfer economic power to Brussels.

The ongoing series of discussions is organized by CES Associate Renée Haferkamp. It is co-sponsored by the CES, the Weatherhead Center for International Affairs, and the Karamalis Chair at Tufts University.