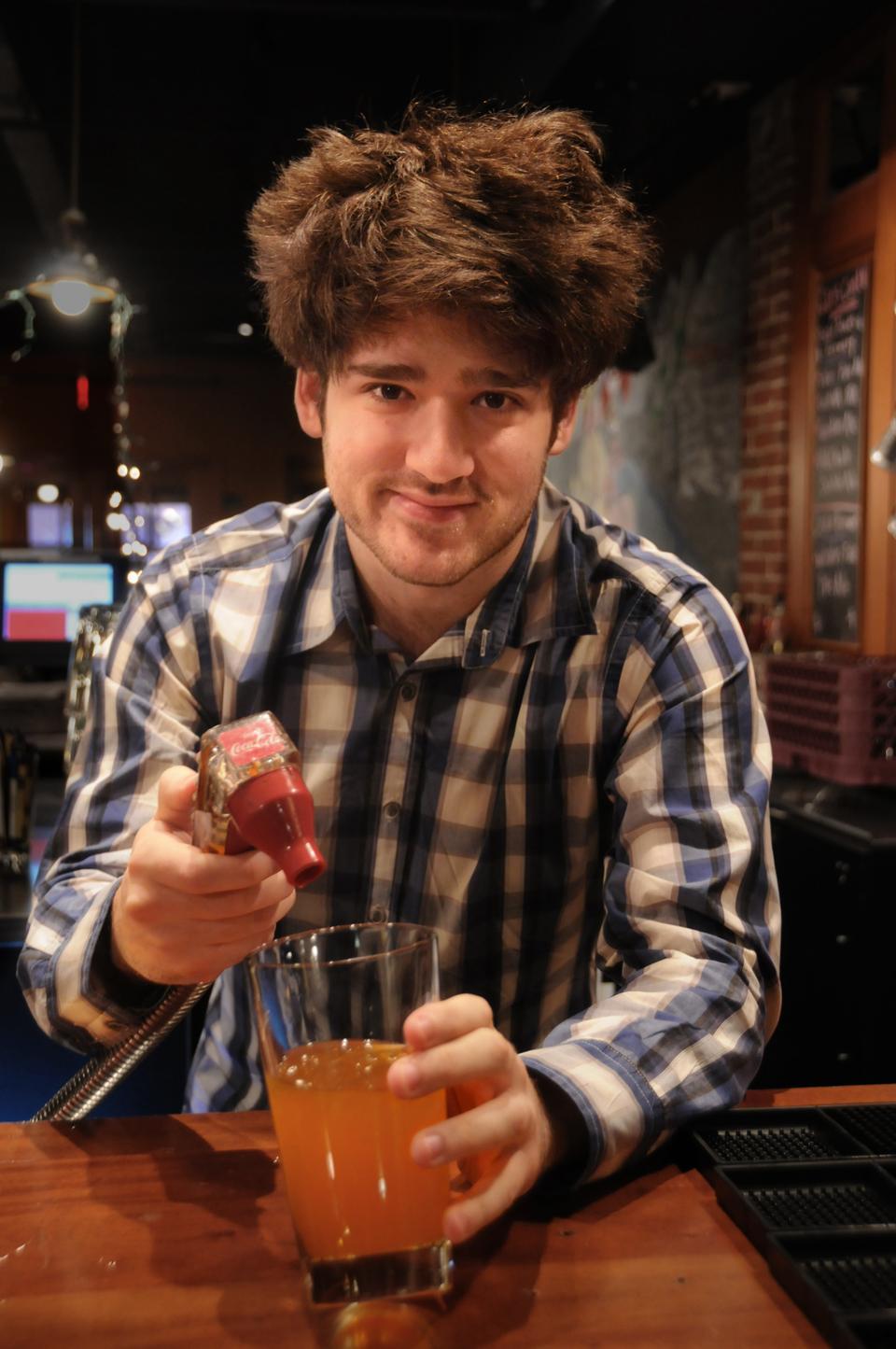 Scott A. Levin-Gesundheit ’11 might be pouring you a gag drink­—that’s improv for you!
Advertisement
Advertisement

On a campus where people are sometimes accused of taking life too seriously, Scott A. Levin-Gesundheit ’11—the Immediate Gratification Players’ ...
By Leslie B. Arffa

On a campus where people are sometimes accused of taking life too seriously, Scott A. Levin-Gesundheit ’11—the Immediate Gratification Players’ president, or “czar,” and a writer for the Lampoon—makes it his mission to keep everyone laughing.

Levin-Gesundeit’s interest in comedy dates back to his high school years, when he began writing a humor column dubbed “A Little Levity.” But he did not begin taking improv seriously until he arrived at Harvard and tried out for the IGP. “Getting into the IGP was life-changing for me,” says Levin-Gesundheit. “It’s really my on-campus family.”

Levin-Gesundheit has worked tirelessly as czar of the IGP. He was the driving force behind the creation of an IGP alumni weekend, a J-Term trip to Chicago, and the recently published IGP how-to guide, “So You Think You’re Funny: A Students’ Guide to Improv Comedy.” “I’m constantly impressed by the stuff he does,” says IGP member and Lampoon writer Ben W.K. Smith ’12. “All the credit in the world goes to Scott on the book. He wrote the cover letter, sent it to publishers and agents, edited the whole thing. He went above and beyond.”

Levin-Gesundheit is known for his leadership and energy. “He’s an energetic, spontaneous, caring guy who gets stuff done,” says Smith.

“Scott’s a double threat,” says Graham H. Lazar ’12, another IGP member. “He’s a quirky, funny, fantastic writer, very creative, but he also has a freakish work ethic.” Indeed, Levin-Gesundheit combines a knack for comedic timing with an innate business savvy. En route to a national comedy festival with the IGP, he convinced a restaurant in Saratoga Springs, N.Y. by phone to sponsor the group for their next performance while simultaneously driving the van.

Levin-Gesundheit is also a Peer Advising Fellow, a member of the Crimson Key Society, and an Ec 10 Unit Test grader. He does not, however, feel overextended. “If you manage your time well, you can do a lot here,” he reflects. Sometimes all it takes is a little improv.