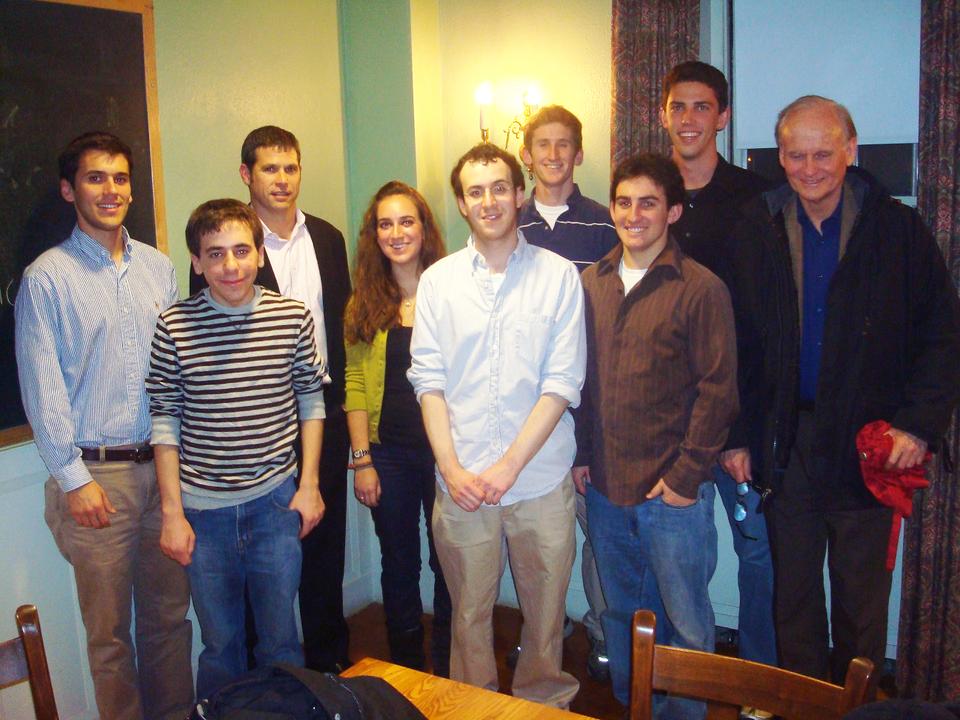 While most students are hunched over their desks, sweating over Stat 100 psets, a unique group on campus gathers together ...
By Natalie duP. C. Panno

While most students are hunched over their desks, sweating over Stat 100 psets, a unique group on campus gathers together to investigate issues like the height of slam dunk contestants or Tiger’s return from scandal. Founded in 2006, the Harvard Sports Analysis Collective is a student-run organization with the goal of researching sports strategy and management. “The only difference, I’d say, between us and the average fan is that we test our ideas after we talk about them,” explained co-president David M. Roher ’12.

Though they describe themselves as normal fans, HSAC likes to look at the quirkier side of athletics. “I looked at whether fat coaches were doing any worse than normal-weight coaches,” Roher said. “I had to find 120 coaches, so for each coach I looked at a bunch of pictures of them on Google Images and coded zero—no, they’re not fat and—one—yes, they are.”

“You take these very statistically oriented ideas and studies and put them in a way that people who have no experience in statistics, for example me, are able to understand,” said PR Director Elizabeth M. Fryman ’12. In addition to studying the statistics, HSAC holds weekly meetings where they also host notable speakers from the sports community. Anthony Gonzalez, a wide receiver for the Indianapolis Colts, recently joined in on one of their gatherings while he was visiting Harvard Business School for a business education program for NFL players. Other past guests include Rich Gotham, President of the Boston Celtics, and Sam Kennedy, Executive Vice President and Chief Operating Officer of the Boston Red Sox.

Although they may seem super serious when it comes to the game, Roher reminds us that in the end, they’re just normal sports fans­. “I think we do a good job of separating the fan within us to the statisticians. I’m doing that,” he said. “When the Yankees are losing in a playoff game, I’ll turn all my clothes inside out and stand on the couch upside-down. And if they start doing well no one in the room is allowed to move.”