An artist combines animation, hand-drawing, and puppetry to explore the myths of shape-shifters across cultures 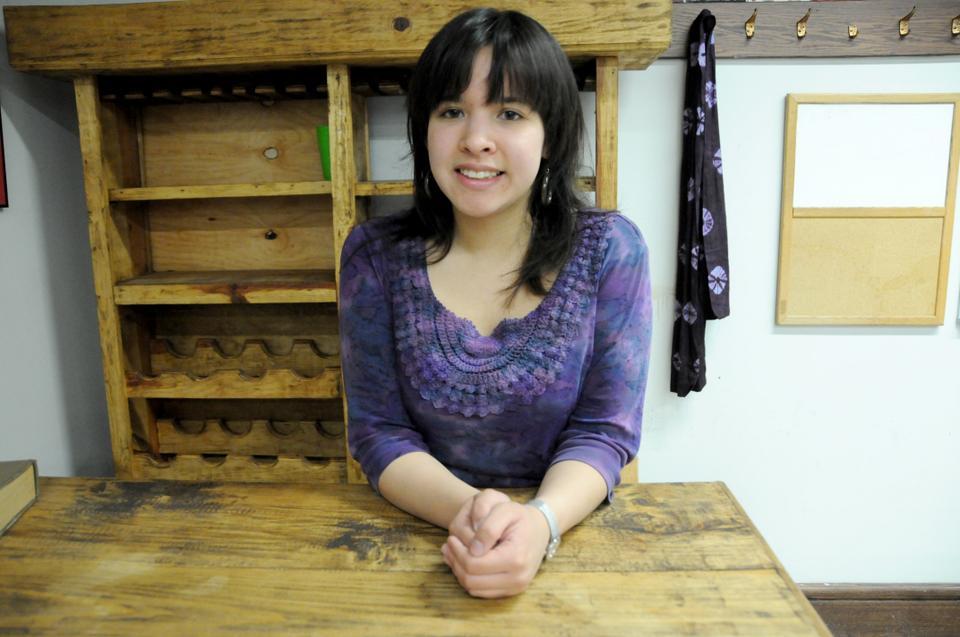 Last year, Lillian M. Fang ’10 approached her thesis advisor Ruth S. Lingford with an ambitious proposal. “If it had been any other student, I would have advised her that combining Maya 3D digital animation with hand drawing and puppetry was way too ambitious. But Lily has a steely determination and a work ethic that is exceptional even for Harvard, and I am delighted to see that I was right to trust her,” says Lingford. Fang’s thesis “Shapeshifter,” now in the final stages of production, is a mixed-media film about a village of plaster-and-wire puppets who encounter a two-dimensional genie.

“I wanted to explore all these myths of shape-shifters across history,” explains Fang. “It was also a chance to combine a lot of the types of art that have meant a lot to me. ‘Shapeshifter’ is my favorite because I connect to it.”

This labor of love has also helped earn Fang recognition for her animation in the form of the prestigious Council Prize in Visual Arts. “Shapeshifter” will also be featured in the VES Program’s “Frame by Frame: Animation at Harvard” exhibition over Arts First weekend.

Fang looks forward to the showing. “Last year, they screened our work outside on the side of Widener. I thought that was really cool, the mix of the texture of the wall with the projected scenes. I would like to see ‘Shapeshifter’ displayed that way.”

A resident of Quincy House concentrating in Visual and Environmental Studies (VES), Fang set her sights on a career in the arts ever since taking classes at the Seattle Academy of Fine Art in high school. At Harvard, Fang has made creative strides in animation.

“Harvard’s not really known for its art department, but it’s great,” says Fang. “It’s small, but talented and supportive. I looked at Princeton’s, but it was much smaller and basically relegated to an attic space.”

Fang is also a gifted painter and illustrator; her work has appeared in Tuesday Magazine and The Harvard Advocate. And when President Drew Faust opened up Massachusetts Hall to an exhibition of student art in 2008, Fang’s painting “Self-Portrait” was welcomed into the showcase. Fang even explores the arts in her free time by playing clarinet in the Harvard Wind Ensemble. “I figured out I wanted to concentrate in VES pretty soon,” says Fang. “I basically extend it into every part of my life.”

Though many people have encouraged her along the way, Fang names Lingford, her adviser and mentor, as a particularly important influence on her work. Lingford was happy to help with the process. “I was lucky enough to be Lily Fang’s thesis adviser, and I watched ‘Shapeshifter’ develop over the year,” she says.

Though she has no specific career in mind, Fang has a promising future. She has been offered a place in the Masters program in animation at the Royal College of Art in London, England.  “She has proved herself to be a gifted artist and animator in so many ways, and I can’t wait to see how her career develops,” Lingford says.

Yet even with all her ambition and accomplishments, Fang manages to stay grounded about her work in animation. “It’s the only thing I’m good at,” Fang claims. But as Lingford puts it, “I’ve never seen a combination of so much talent with so little ego!”