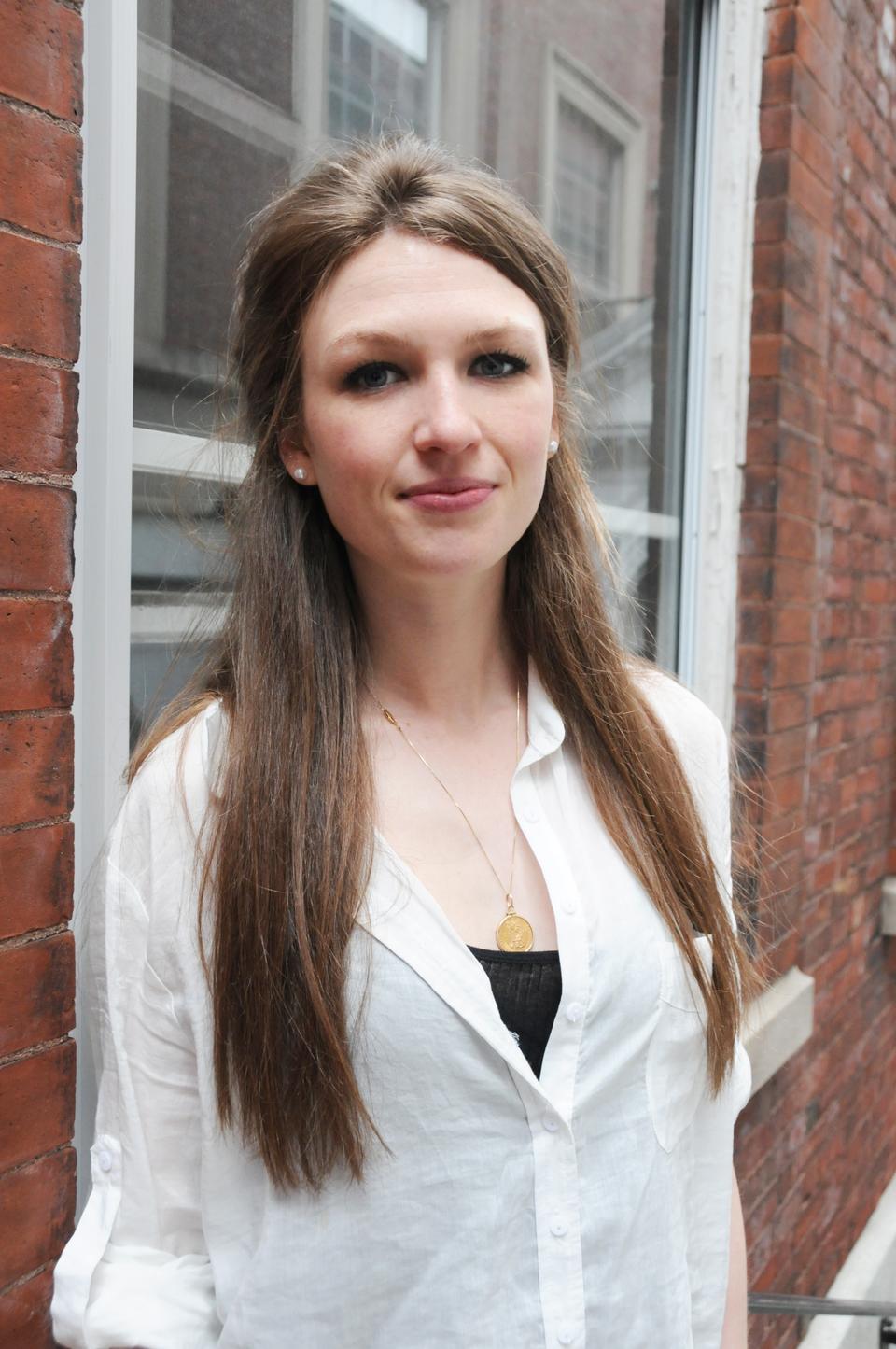 When Carolyn W. Holding ’10 walked into her first audition for a Harvard theater production, director Catherine “Calla” Videt ’08-’09 knew that she had found her lead. “I felt that little reaction when talent walks in,”  she says, “and when I learned that Carolyn was a freshman, I was so happy that she would be here for many years.”

Videt had a good eye. Holding, now a senior, has distinguished herself tremendously over her past four years as an undergraduate. Since her first lead role as Lucie Cabrol in Videt’s “The Three Lives of Lucie Cabrol” on the Loeb Mainstage, she has appeared on the Mainstage twice more as Electra in “The Flies” and Woman 1 in “Metamorphoses.” In addition, she played Beatrice in “A View from the Bridge,” Viola in “Twelfth Night,” and Gloria in “You Can Never Tell.” For this impressive body of work, Holding received the 2010 Jonathan Levy Award in Drama, which recognizes the most promising undergraduate actor at the College. Holding will be sharing the prize with Talisa B. Friedman ’10.

“Carolyn is luminous and transformative,” Videt said. However, for an actor so naturally gifted, Holding entered her freshman year as a hesitant artist. “I resisted theater to some extent at first,” Holding says, reflecting on her entry into the Harvard theater scene.

Holding had decided to take a gap year before coming to Harvard and discover if she was ready for the life of a starving artist. Cutting herself off from her parents financially, she moved to New York City. “I hoped to bridge the divide between high school ‘theater kid’ and professional actor, but the insight was disheartening,” Holding says with a chuckle. “Finding roles in plays, on TV, in commercials, and waitressing in between—it was a struggle.”

Despite her apprehension after this experience, for her first production at Harvard she managed to find a vibrant community. “One project just popped up one after the other,” Holding says. “I realized that the artists at Harvard are incredibly engaged, constantly working, and always motivated,” she continued. As she performed on Harvard’s many stages, her hesitancy for theater disappeared. “It seems like I’ve slowly come around full circle,” she says.

Holding notes that she also took time to explore many other facets of the Harvard community, concentrating in History and Literature with a secondary concentration in Dramatic Arts. “I sometimes feel that I only have one foot in the theater door,” she says. But this fall, she will be focusing on her art form when she begins her studies in the Graduate Acting Program of the Tisch School of the Arts at New York University. At Tisch, Holding said that she “hopes to gain the tools to make anything—a TV commercial, a soap opera, a dull play—really insightful.”

Holding also noted that the Harvard theater community extends to New York City. “It gives you a sense of how great the artists are here, and makes the step to New York more of an adventure than falling into a black hole,” she remarks with a laugh.

Videt, who works in New York City, said she anticipates seeing more of Holding in the upcoming years. “She is a joy to work with and a force on the stage,” Videt said. And it is because of these qualities that Holding’s adventure proves to be so promising.