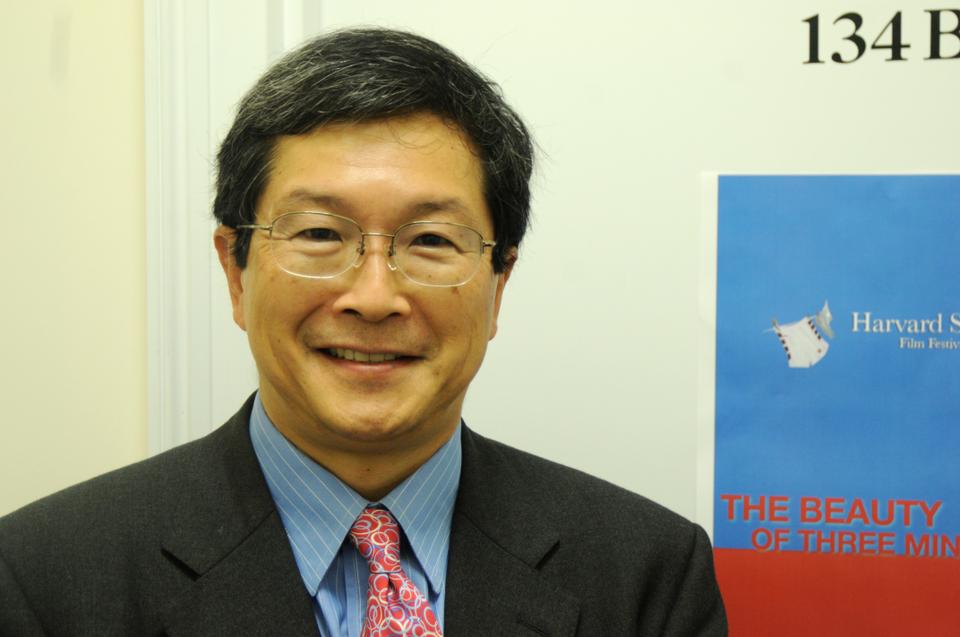 Piecing Together the Split Reel

Like an ideal love interest, short films are both seductive and accessible.
By Michelle B. Timmerman

Like an ideal love interest, short films are both seductive and accessible. Entries into the Harvard Shorts Film Festival, however, had a different set of criteria. The film submissions had to fall into one of three categories—“scholarly exploration,” “course and departmental trailers,” and “use of library resources”—and the winners, to be announced tomorrow, stand to receive up to $750 for their films.

Shigehisa Kuriyama, Reischauer Institute Professor of Cultural History, first envisioned the festival several years ago when he began assigning students to make short films for his class on the history of medicine. He was immediately struck by students’ engagement in the project and found that students would spend more time making the movies than they would have writing term papers.

Fascinated with the student reaction, he started using short films as weekly section assignments in Culture and Belief 11: “Medicine and the Body in East Asia and in Europe,” which he began teaching in Fall 2008. Students worked on the assignments with an enthusiasm that surprised Kuriyama. “They were no longer just for professors, but for classmates—that’s a very powerful thing,” he says. “You take good ideas and incorporate them into your own.”

As the festival’s website explains, the purpose of the competition is to enable students, faculty, and staff “to showcase the possibilities of this new medium, and to illustrate how creative artistic expression can be made integral to scholarly communication.”

“Why would anyone ever call someone a vegetable? It’s just a funny question,” says Latif F. Nasser, a second-year graduate student in History of Science, describing the inspiration behind the three-part scholarly short he submitted to the festival. The film explores the phenomenon of giving people labels as vegetables—for example, coma patients in vegetative states and bums as “coach potatoes.”

Nasser says that prior to taking the graduate-level equivalent of Kuriyama’s Culture and Belief 11 class, he had made a few short films, but did not have any real experience to speak of. Nonetheless, he found himself thrilled by his newfound cinematic ambitions. “It’s not that hard, which is wonderful. You get perfectionist and obsessive about certain things,” he says. “You can really lose yourself in it.”

“What’s really revolutionary about new media is its accessibility,” Kuriyama says. “It doesn’t take a high level of training and expensive equipment to do remarkable things, and that’s the power of it.” Kuriyama believes that the short films currently in production truly are “new media”—perhaps even a new genre. Although the short films may overlap with movie-making techniques, they are often made without movie cameras and actual footage. They sometimes have narration; sometimes they don’t. According to Kuriyama, they’re new, they’re accessible, and they’re easy.

Nasser agrees that the novelty and excitement of the short film makes it an appealing genre.

“People get excited about them,” he says. “There’s something about this—it’s like a haiku in a way. You have to boil down what you’re thinking about.”

Lina Verchery is getting her Master’s of Divinity in Buddhism, a topic she has been thinking about since her undergraduate days at McGill University in Montreal. Later encounters with Buddhism, including a month-long residency at a Buddhist monastery in Taiwan, fueled the passion she exhibits in her short film, “the Bird.”

Verchery was also inspired to create a film because of a class she took with Kuriyama, though she has more experience in filmmaking than many of the participants in the competition, as exhibited through her use of more advanced techniques such as stop animation.

Her short film, entered in the “Use of Library Resources” category, depicts a young girl who becomes fascinated with a bird she sees in a book of Buddhist paintings in Lamont. She proceeds to research on both Google and Hollis until she finds more about the mysterious picture. Finally satisfied, she exits Lamont to reflect on a bird she sees on the lawn.

But library research wasn’t the only aspect of Harvard life dramatized by the shorts. The festival featured trailers promoting several Harvard courses, which were intended to give students an immediate sense of the course and engender excitement.

“They were incredibly seductive,” says Ruth S. Lingford, Professor of the Practice of Animation at VES, who animated one of the festival entries in a different category. “You could also see how hot the professor is, as well.”

Zeke Mazur thinks that his wife and co-director, Aleksandra Makarova, a graduate student in Linguistics, should abandon her studies altogether to pursue her love for filmmaking. The two submitted a short scholarly film entitled “The Origins of Evil in Valentinian Agnosticism,” which explores one interpretation of “how worldly evil derived from the use of divine suffering.”

Although Mazur, a self-labeled “techno-skeptic,” enjoyed participating in the festival, he doubts that the new media represents the revolution in scholarly communication that Kuriyama suggests.

“Real scholarship is primarily discursive, in images and words,” he says. “Video technology has been around for a while. Film probably won’t replace the term paper. Visual presentations won’t replace the book.”

Though Mazur may doubt the grand significance of short video projects, Kuriyama remains adamant that visual presentations will be more than a teaching tool.

“In my personal view, this will not just be important for education, but also for the future of academics,” he says. “Through video, students and professors can harness power to reach to broader audiences with broader knowledge.”

Kuriyama hopes to continue the festival next year, though there are currently no definitive plans.

“No one has any sense of what the future will hold,” he says. “Really, it’s all about individual creativity.”