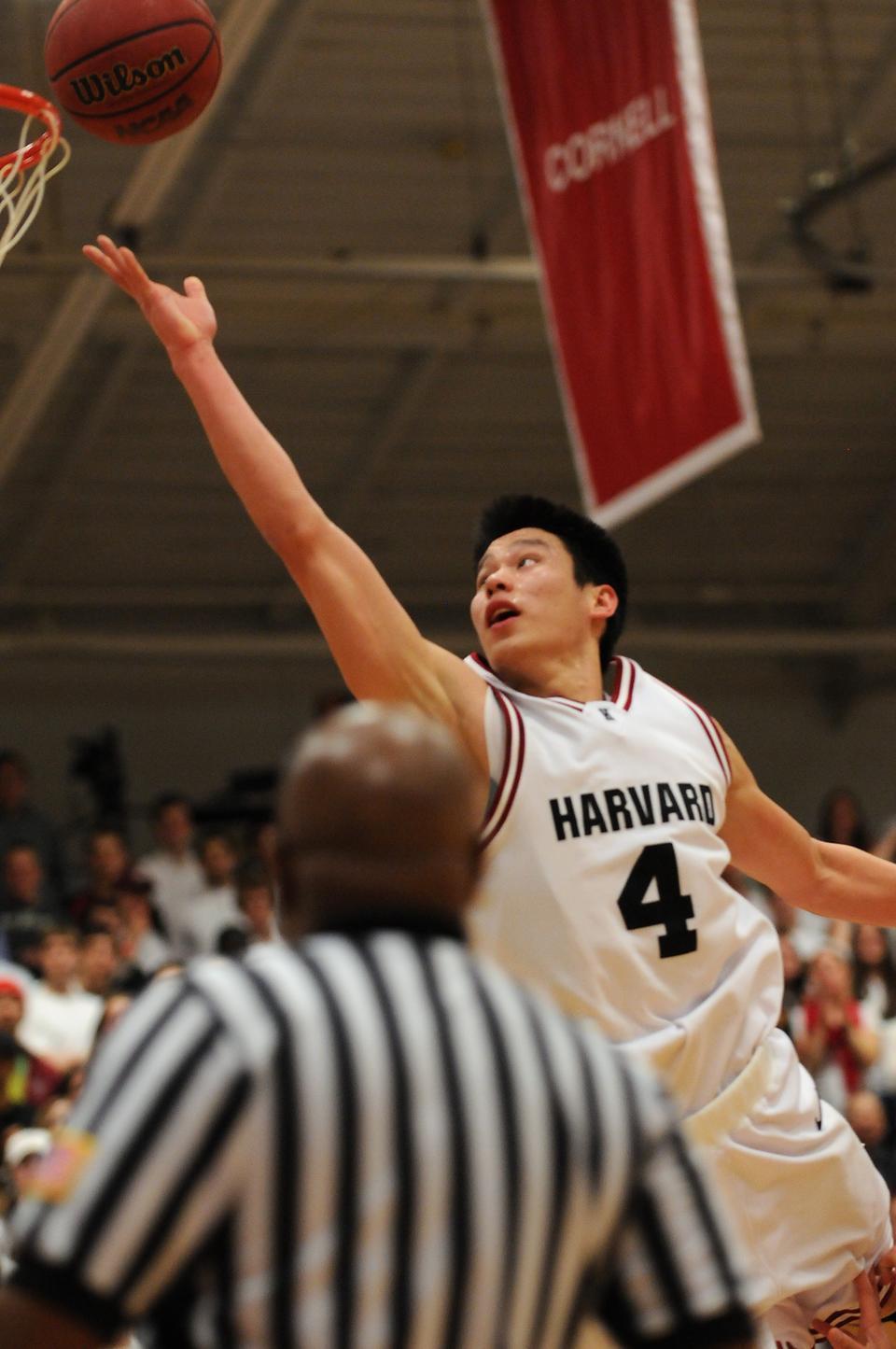 Jeremy Lin will be waiting anxiously tonight to see if he is one of 60 players selected in the 2010 NBA Draft.
By Martin Kessler, Crimson Staff Writer

With the 2010 NBA draft just hours away, Harvard’s Jeremy Lin is still trying to prove that he deserves to be one of 60 names called by NBA Commissioner David Stern tonight at Madison Square Garden.

Lin travelled to Toronto’s Air Canada Centre Tuesday morning to participate in a pre-draft workout for the NBA’s Raptors, who hold the 13th overall pick in the upcoming draft.

Looking to increase his exposure with NBA scouts after playing relatively under the radar in the Ivy League, Lin has participated in a handful of workouts against some of the top prospects at his position in front of NBA teams since his final season with the Crimson ended.

In these workouts, Lin has matched up with the likes of projected first round picks Greivis Vasquez, Jordan Crawford, and Greg Monroe.

But according to draft expert Ryan Feldman—editor of the Hoops Report—Lin’s performance at the workouts has not helped his stock, and Feldman projects Lin to go undrafted.

“I don’t think he’s done anything that’s overwhelmed teams,” Feldman said. “He’s a solid point guard from a mid-major conference. There are other guys teams would rather take a chance on.”

But Lin will wait to see if his name is called tonight.

In all likelihood, tonight’s draft will be a disappointment for the former Harvard co-captain, who finished his career as the only player in Ivy League history to amass 1,450 points, 450 rebounds, 400 assists, and 200 steals.

“Certainly anybody at this caliber who does well since the season ended has a chance to slip into the last few picks, but the chances aren’t very high,” Feldman said. “[What hurts him] are just things that the NBA always looks at: size, athleticism, and potential. He’s a senior, which shouldn’t hurt him, but it does. It’s not that he’s totally lacking athleticism, but he’s not super athletic. He just doesn’t have things that overwhelm teams.”

“I wrote last week that I didn’t think Lin was ready for the NBA, and I expected him to go undrafted after a workout I saw in Vegas,” Ford wrote on ESPN.com in May. “However, several team have since told me that they are considering Lin with their second-round pick.”

But regardless of what happens tonight, Lin’s NBA fate will not have been sealed.

“I know that if I don’t get drafted, I’ll still be playing summer league somewhere,” Lin said.

The 2010 NBA Summer League, which features 22 NBA teams, begins July 9 and regularly provides an opportunity for undrafted players to show off their skills in hopes of getting signed.

“I’m pretty sure that he’ll make a summer league roster if he wants to,” Feldman said. “There’s a lot of competition in that so it’s really tough to make a team.”

For Lin, the transition from workouts to summer league competitions will be a welcome one.

“I am excited for when I get to play five-on-five, because I feel like that’s my strength,” Lin said.