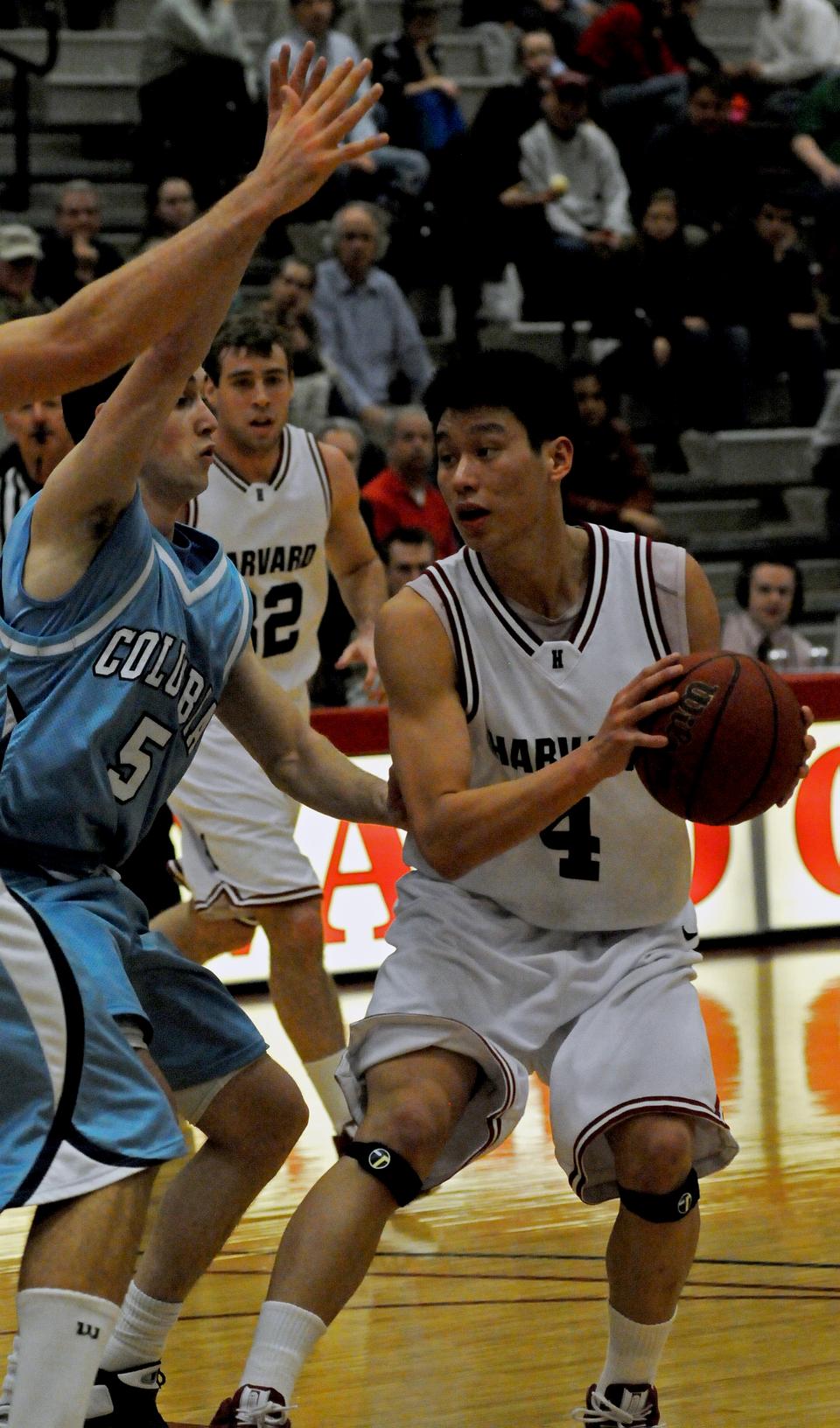 After an impressive round of performances in the NBA summer league, former Harvard co-captain Jeremy Lin is close to signing a deal with the Golden State Warriors, ESPN reported Tuesday night.

In an interview with The Crimson on Tuesday, the headline-making Asian American player said that he will announce his choice of team either that night or Wednesday, when the terms of the deal are closer to being finalized. When asked if his final choice would be among the Mavericks, Lakers, or an Eastern Conference team—the first three teams to reportedly offer him a deal—Lin declined to comment.

The Warriors—although not one of three original teams to offer Lin a contract—expressed interest in Lin before the 2010 NBA draft, inviting Lin to a workout at their facilities.

Lin, whose NBA stock increased dramatically due to his strong showing at this month's NBA summer league, will sign a multi-year contract and receive at least $250,000 in guaranteed money as a rookie, according to ESPN.

Many sports enthusiasts predicted that the Oakland-based Warriors would sign the Harvard graduate following June's NBA draft. But after going undrafted, Lin chose to sign on with the Dallas Mavericks' summer league roster.

After a strong showing in his first three contests with the Mavericks, Lin had reportedly received interest from three NBA teams: the Mavericks, the Los Angeles Lakers, and an Eastern Conference team.

But after Lin scored 11 fourth-quarter points in a matchup against the Washington Wizards and No. 1 overall pick John Wall, more teams came knocking.

"[The matchup with Wall] was by far the biggest thing for me in terms of my stock and everything," Lin said. "Just thank God for a perfect performance on a perfect night. There are a lot of things you can't control but I fully believe that was a blessing from God. The timing of that was unbelievable."

With more teams vying for his services, Lin and his agent, Roger Montgomery, examined several factors in determining the right fit for Lin, who will still have to fight for a final roster spot on the Warriors.

Lin said that the factors they considered included "location, contract situation, [roster size], how much they're willing to invest in me, and style of play."

The Warriors—a team with only three true guards under contract for the 2010-11 NBA season—seemed to be an ideal fit for Lin, who will still have to fight for a spot on the Warriors’ bench at the start of the upcoming season.

While Lin's rookie contract of $500,000 will reportedly be guaranteed for at least $250,000, he will still have to earn a spot on the team's final roster following the team's fall training camp and preseason.

If things do not go Lin's way this fall, the point guard could be sent to play for the Reno Bighorns of the NBA Development League, the Warriors' minor league affiliate.

“If I was playing under an NBA team I would definitely want to play in the D League [rather than play overseas],” Lin said.

Lin received attention from NBA scouts throughout his senior season at Harvard in which he averaged 16.4 points, 4.5 assists, 4.4 rebounds, and 2.4 steals per game in leading the Crimson to its most victories in Harvard history.

But Lin’s stock began to rise at the Portsmouth Invitational Tournament—a tournament for college seniors hoping to play in the NBA—in May at which he averaged 10.3 points and 6.0 assists in three games.

Lin’s performance at the Portsmouth Invititational Tournament and his hiring of Montgomery as an agent helped him land a handful of invitations to compete in a series of workouts against other NBA hopefuls in front of scouts leading up to the 2010 NBA draft.

Lin worked out for at least eight NBA teams, including the Warriors, Lakers, and Mavericks.

Lin’s performance at the NBA Summer League, held in Las Vegas from July 9-18, increased his exposure to NBA scouts and fans alike. In his five games with the Mavericks, Lin came off the bench and averaged 9.8 points, 3.2 rebounds, 1.8 assists, and 1.2 steals in 19 minutes per game.

“I thought the summer league went well and I was able to show my game and be effective,” Lin said. “Overall it helped my stock tremendously. I am definitely happy with how it went.”

While the six-foot-three point guard drew interest from a handful of NBA teams after averaging 8.0 points, 2.3 rebounds, 2.0 assists over the course of the Mavericks’ first three contests, it was Lin’s matchup with Wall that put Lin on every team’s radar.

In the fourth quarter alone, Lin scored 11 points off a series of long balls, dunks, mid-range jump shots, and acrobatic layups. Defensively, Lin forced Wall into taking bad shots and even out jumped the player with a reported 43-inch vertical leap on a jump ball.

But while Lin’s battle with Wall may have proved to scouts, coaches, and fans that he was able to take his game to the next level, Lin does not feel like there was a single moment that made himself believe he was ready for the NBA.

“I think it’s been a gradual process,” Lin said. “Going in I was pretty confident and everything but the more workouts I did and more games I played, I continued to get more and more confident. It wasn’t really one specific moment.”

After Lin concluded the summer league with a 12-point, five-rebound performance, his stock was at a new high. Sources first indicated that the defending-champion Lakers were interested in signing Lin to backup guards Derek Fisher and Kobe Bryant, but it now looks like Lin will be heading be heading to northern California to play for his hometown Warriors.

Golden State is led at the guard position by Monta Elli and Stephen Curry—both of whom averaged over 17 points per game last season—but lacks much depth beyond the pair. Charlie Bell—who has averaged less than 10 points per game throughout his six year NBA career—is the only other true guard signed by the Warriors for the coming season.

By signing with the Warriors, Lin—who is of Taiwanese descent—will move one step closer to becoming just the fourth Asian American to play in the NBA.

Wataru Misaka, a Japanese American born in Utah, was the first Asian American to play in the NBA, as he played in three games for the New York Knicks during the 1947-1948 season. The half-Filipino Raymond Townsend from California was selected in the first round by the Warriors in the 1978 NBA draft. Townsend played in 154 games from 1978 to 1982 and averaged 4.8 points per game.

The most recent Asian American to play in the NBA was the half-Japanese Rex Walters. Walters played in 335 NBA games from 1993 to 2000 with the New Jersey Nets, Philadelphia 76ers, and Miami Heat during which time he averaged 4.6 points per game.