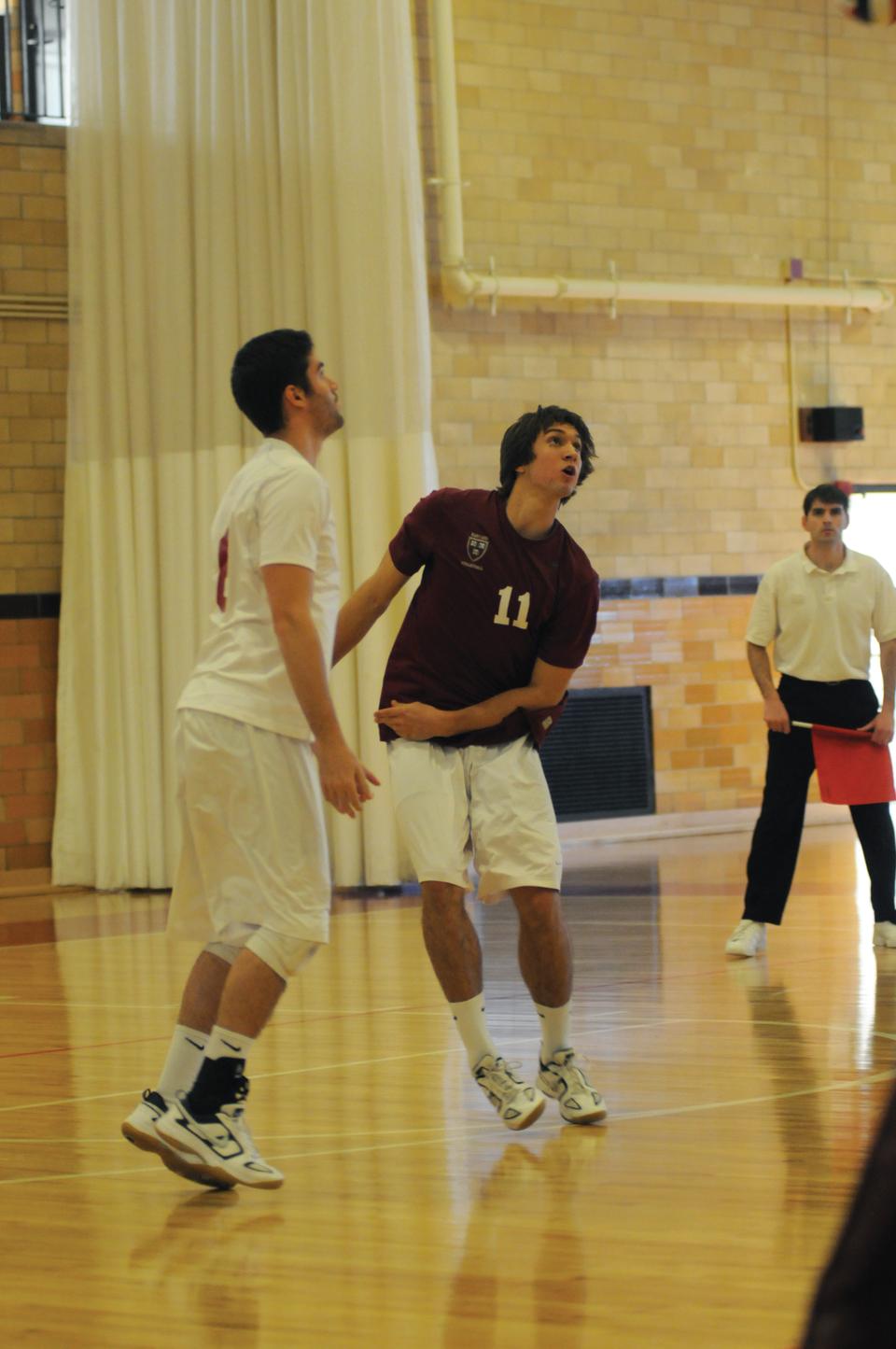 There were times last year when the Harvard men’s volleyball team didn’t know if it would have enough healthy players on its roster to field a full lineup.

But aided by the return of some of its veteran players and bolstered by a group of five freshman, the Crimson shouldn’t have a problem finding enough players when it opens the 2011 season against Newbury tonight at the Malkin Athletic Center.

“This is the first time we’ve had 12 guys on the roster,” junior co-captain Matt Jones said. “It has definitely improved practice. Being able to do game-like situations in practice is definitely going to help us.”

After last year’s roller coaster season that featured countless injuries and opened with a nine game losing streak, Harvard is looking to get off on the right foot in 2011.

If the Crimson is to win its season opener—something it hasn’t done since 2008—Harvard will have to rely on its core group of returning players, a group highlighted by Jones.

Jones, a 6’3” outside hitter, returns to the lineup for his third season after an impressive sophomore campaign in which he finished second on the Crimson in kills, averaging 4.13 per set.

This year, Jones hopes to take on a new role as the squad’s finisher in close situations, one that was played last year by Erik Kuld ’10, Harvard’s top offensive weapon a season ago.

“I hope that what I can bring to the table is to be a finisher and a closer when it comes down to the tight points in the game,” Jones said.

The Crimson also hopes to make up for the lost production of Gil Weintraub ’10, who finished second on the team in assists during his senior season.

This year, sophomores Rob Lothman and Derek Jansma are expected to do the majority of the setting. Both Lothman and Jansma were given significant playing time as freshmen, seeing action in each of Harvard’s 21 matches.

Lothman made a noteworthy impact while he was on the court, handing out a team-leading 681 assists.

The Crimson will also be aided by the return of senior Shaun Mansour. Mansour, a 6’3” middle blocker and opposite, missed the entire 2010 season with a torn ACL. But he will be back in uniform for his senior season to help the Crimson up front.

Mansour won’t be the only addition to the Harvard lineup. The Crimson has added five freshmen who are expected to make an immediate impact on the court.

“We have a great group of freshman coming in,” Lothman said. “Across the board, I think the freshmen are going to be big contributors, and we’re going to need it.”

If there’s one thing Harvard’s latest crop of newcomers will certainly contribute to the team, it is their height. Led by the 6’7” Michael Owen, the 6’6” Kyle Rehkemper, and the 6’5” Nick Madden, the Crimson’s freshman class boasts the three tallest players on Harvard’s roster.

“Defensively, on the blocking side, having bigger guys is a real advantage,” Jones said. “Also, in the middle spots having taller players gives the setter a bigger window...[which should] give us a more balanced offense. I’m hoping that’s going to be one of our improvements this year.”

Rehkemper should provide some of the much-needed size in the middle. As a senior at Palos Verdes High School in California, Rehkemper was named to the First-Team All-Bay League team and was selected as one of Sports Imports Fab 50 high school volleyball players in the country.

For Rehkemper and the four other California natives on the Crimson’s roster, spring break will serve as a homecoming.

Harvard will travel to the Golden State to take on three highly ranked opponents—No. 11 Cal State Northridge, No. 6 Pepperdine, and No. 1 Southern California—from March 12-16.

“I think having the opportunity to play better teams is going to be huge,” Lothman said. “Anytime you go play a team that’s that good, it’s a benchmark to see how good you really are. It’s really going to force us to up the level of our game.”

But before the Crimson can look forward to its trip West, the squad will try to take care of business tonight against Newbury.

The Nighthawks (2-4), led by outside hitter James Beck, have gotten off to a slow start, dropping three of their last four contests.

“I’m expecting to come out and play really hard,” Lothman said. “They have the edge in terms of game experience, but I think our intensity and work ethic is really going to come out in the game.”