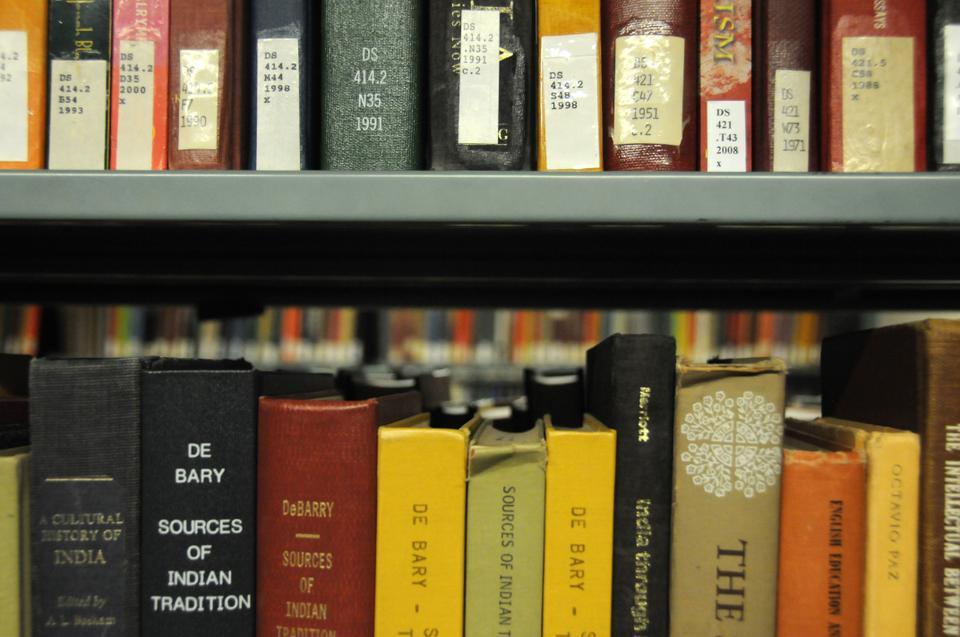 Harvard will begin sharing its books with other members of the Ivy League and MIT through the interlibrary sharing system Borrow Direct. By Kevin H. Lin
By Gautam S. Kumar, Crimson Staff Writer

In a historic move, the Harvard University Library will begin sharing its approximately 17 million volumes with the seven other members of the Ivy League.

The decision comes nearly 10 years after the rest of the Ivy League began participating in the interlibrary sharing system Borrow Direct.

While library and University administrators said the decision would greatly expand the resources available to members of the Harvard community, some professors said they were leery the new policy might take too many Harvard books off Harvard’s bookshelves.

“One has to have some concerns, insofar as Harvard is more likely to be a net lender than a borrower,” said Jeffrey F. Hamburger, who chaired a Faculty of Arts and Sciences library advisory committee. “That said, there are areas in which other libraries have stronger collections than we do, and I think time will tell whether it’s the right decision.”

The move to enter the book-sharing agreement—which will make more than 45 million volumes available to the Harvard community—comes after a major administrative overhaul of Harvard’s libraries that consolidated them under a single director.

While Harvard has shared its collection with MIT since April of last year, this decision greatly expands the pool of research institutes that have access to the Harvard University Library—the largest academic library system in the world. With this agreement, MIT will also be joining the Borrow Direct program.

University Professor Robert C. Darnton ’60, who served as Director of the Harvard University Library before the administrative restructuring, praised the final adoption of Borrow Direct—which promises the delivery of books in four business days or fewer.

“The great appeal of Borrow Direct is its directness: books come right to readers with no hassle or delays,” Darnton wrote in an e-mail.

“And as the libraries collectively represent vast holdings, students and faculty at Harvard can tap resources that are even greater than the 17 million volumes in their home library,” he added.

Some professors expressed concern that the decision could be used as a justification for the Harvard University Library to limit the expansion of its collection in order to reduce costs.

Professor of Hebrew and Other Oriental Languages Peter B. Machinist ’66 said that he was unsure whether cost-cutting was the primary reason for the agreement, but said he thought it was a factor.

Machinist cautioned that Harvard would not remain a “viable research institute” if it does not continue to maintain its extensive collection.

“Our first priority has to be to service ourselves before we service others,” he said.

Hamburger, a History of Art and Architecture professor, said he thought Harvard’s libraries have “really suffered badly in the past decade or more.”

“In 2009, Dartmouth Library, one of the two smallest libraries participating in BD, was the biggest lender,” Associate Librarian of Collection Management for Harvard College Library Marilyn Wood wrote in a statement.

“That indicates that the size of the collection doesn’t necessarily predict the demand,” wrote Wood, who will manage the Borrow Direct project.

Like Dartmouth College’s library, Brown University Library—one of the smaller library systems—has been a net lender.

But still, “Our faculty and students have been very happy with Borrow Direct and have come to rely on it,” Brown University Head of Circulation and Resource Sharing Bart Hollingsworth said.

Harvard has looked to partner with Borrow Direct for a number of years, according to Executive Director of the Harvard University Library Helen Shenton.

According to Director of MIT Libraries Ann J. Wolpert—who worked at the Harvard Business School Library in the 1990s—until last summer, Harvard did not have the technological infrastructure to support the software platform that Borrow Direct used.